Two seminars and a meeting, all devoted to regulation of OTT platforms, is what the I&B ministry admits to by way of consultation with stakeholders. No meeting with news organisations is mentioned. 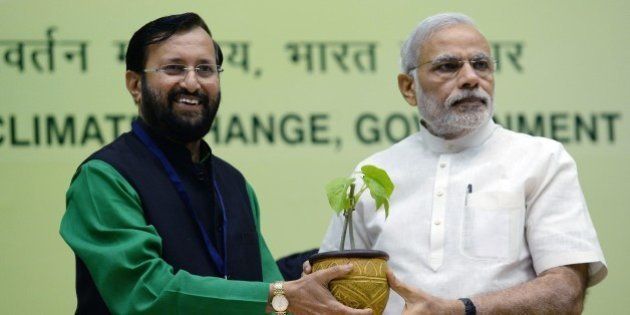 New Delhi: The Ministry of Information and Broadcasting has refused to disclose details related to how the government’s controversial  new IT Rules were drafted, citing reasons that are not allowed as viable exceptions under the Right to Information Act.

And the limited information it did provide stands in stark contrast to the claim made by the ministry in a press release in February 2021 that the rules had been issued after “elaborate consultation with the public and stakeholders”.

The Wire‘s request for information on the drafting process for the Information Technology (Intermediate Guidelines and Digital Media Ethics Code) Rules, 2021, was turned down by the central public information officer (CPIO) in the ministry’s digital media division, Prem Chand.

In his reply, the designated official said, “The concerned file in this regard, however, is under submission and is not currently available with the undersigned CPIO.”

However, there is no provision in the RTI Act, 2005, which allows a public information officer to deny information on the basis of its unavailability with him or her.

Contrary to norm, the CPIO has also failed to mentioned any section of the RTI Act which exempts the information sought from being made public. Former Central Information Commissioner Shailesh Gandhi says that the ministry’s reply is an open violation of the RTI Act and that, moreover, the government should have made this information public voluntarily.

“According to the RTI Act, information can be denied only under sections 8 and 9 – where the details on what kind of information is not required to be disclosed are clearly given. It is absolutely arbitrary that they are refusing to provide information according to their own reasons,” he said.

Gandhi added that there is a protocol that needs to be followed in the event that a certain file is not with the officer concerned. “If the CPIO did not have the file, then he should have transferred the RTI application under Section 6(3) to the concerned person who had the file or he could have responded by asking for the file,” he said.

The Wire‘s RTI application had sought a clear photocopy of all files (including all file notings, correspondence, records which are part of the file), held in the Ministry of Information and Broadcasting, in which the said rules were processed and approved.

Also read: From ‘Partly Unfree’ to ‘Fully Unfree’? The New IT Rules Could Hasten the Slide

Interestingly, the ministry in its reply was able to mention just two seminars and one meeting in the name of deliberations related to the said rules, out of which two are connected to OTT platforms. The details of another seminar are not available in public. There is no mention of any meeting related to the digital news media, which has also been made the target of the new IT rules.

The ministry said, “Before the formulation of rules, for news on digital media and OTT platform, Ministry of Information & Broadcasting had done public consultation through seminars held at Mumbai on 10-11 October 2019 and on 11 November 2019 at Chennai. Besides Hon’ble Minister of Information and Broadcasting had held a meeting with stakeholders from OTT industries on 2 March 2020.”

The Wire has learned that the Ministry of Information and Broadcasting, in association with the Film Certification Appellate Tribunal (recently abolished by the Centre), had organised a seminar on October 10-11, 2019. The subject of seminar was ‘Film Certification and Regulation of Online Content’.

This seminar mainly focused on making rules on films shown on online platforms like Netflix, Amazon, etc. Interestingly, the guests of the seminar also insisted on extensive ‘deliberation’ before making any rules and and stressed the need for ‘self-regulation’.

According to a press release issued by the ministry at the time, a Bombay high court judge, Justice Gautam Patel, also suggested that all stakeholders be consulted extensively.

Calling for a closer interaction of all stakeholders including the online content service provider sector, Justice Patel had stated that this will lead to the evolution of a structured, common, discernible and standardised system of self-regulation.

Clearly, Justice Patel’s emphasis had been on self-regulation rather than legislation or rule-making by the government.

Echoing the views of Justice Patel, the FCAT chairman, Justice Manmohan Sarin (Retd), had also said that the process of bringing about self regulation is a task which industry players have to sort out for themselves.

In that seminar, information and broadcasting secretary Amit Khare claimed that the government is encouraging the widest possible consultation among all stakeholders on regulation of online content.

He stated that norms, self-regulation or any other system of regulations on online curated content, should be “implementable, widely acceptable and easily enforceable.”

Ironically, one of the strongest lines of criticism against the new digital media rules is that they have been made without proper deliberation and that their aim is to suppress independent media.

No press release related to the seminar which was held  in Chennai on November 11, 2019, is available on the website of the ministry. At the same time, it is clear from the RTI reply that the ministry had held a meeting only with OTT platforms before framing the rules.

Why this is an issue

The new IT rules notified by the government give unprecedented powers to the executive to summarily take down content from digital news media platforms on vague grounds, and without so much as giving the publisher a hearing.

The new rules give emergency powers to the secretary of the I&B ministry to censor digital news content without consulting the publisher. In short, bureaucrats will have wide ranging powers, combining those of an editor and censor, something that the constitution never envisaged.

Also read: Why The Wire Wants the New IT Rules Struck Down

The Wire is among news outlets, including The News Minute, LiveLaw, Pratidhvani and The Quint, which have challenged the IT rules in various high courts across the country.

The government has claimed that the guidelines have been brought in to level the playing field, but the new code allows government oversight on digital news media platforms, unlike provisions of the Press Council Act, 1978, which envisages regulation of newspapers without government interference.

On March 22, the Editors Guild of India (EGI) urged Prime Minister Narendra Modi to put in abeyance the new digital media rules and criticised the new three-tier mechanism for enforcement of a code of ethics, saying it was “regressive” and would be “adverse to the freedom of the press”.

The EGI said this oversight mechanism permits officers of the government to block, delete or modify news published by digital news media which “affects the publishers’ fundamental right to expression and citizens’ right to access different points of views both guaranteed under Article 19 of the Constitution”.