Behind the rhetoric of social upliftment exists the BJPs familiar politics of 'divide and rule'.

With the newly-gained support of the Dalit-Bahujan sections, the Bharatiya Janata Party (BJP) won the last national and regional elections in Uttar Pradesh handsomely. However, any cursory reflection on the actual conditions of the worst-off sections within the Dalit and the OBC communities would show that they are still the poorest and most vulnerable, and that the BJP regimes have not ameliorated their social and economic conditions much.

In particular, the impact of the COVID-19 pandemic has exposed the precarity and unpreparedness of government institutions, as millions were affected by the deadly disease, many died and the state failed to take any serious cognisance of the monumental crises. Moreover, the poor quality of public life, dwindling state infrastructure, absence of employment opportunities and growing cases of atrocities against the lower castes, alongside incidents of mob violence, rapes and riots, have continued till date. Further, the ongoing farmers’ protest highlighted that the state is not interested in resolving the prime concerns of agrarian communities.

In current political debates, the BJP in UP has very little to showcase on the indicators of economic development, improvement in the health or education sectors or in improving agricultural growth. The deplorable condition of law and order has further made the current government unpopular in many segments. The ground realities are unfavourable for the BJP and it will not be an easy sail this time. Still, the party appears bold in its aspirations on ground as no other party can play caste games and social engineering tactics as effectively as the BJP.

The BJP’s recent campaign about the Union government’s appointment of 28 OBC ministers and further about the reintroduction of the reservation policy in the NEET examinations are aimed at consolidating the party’s image as an organisation that serves the interests of OBCs. Scholars like Badri Narayan have consistently argued that the BJP has improved its Hindutva agenda by presenting itself as an inclusive party for the Dalit-Bahujans with its strategies of social engineering. 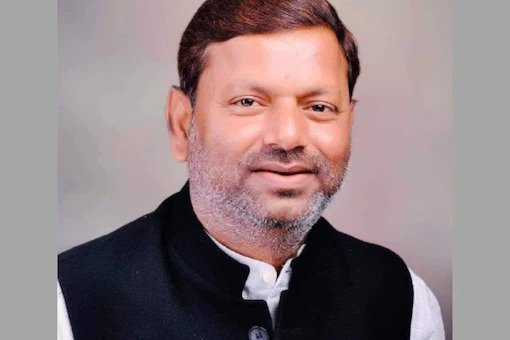 Pankaj Chaudhary, Union Minister of State for Finance, belongs to the Kurmi community and is one of the 14 ministers from OBCs recently added to the Union Cabinet.

It is now suggested that the BJP’s new caste politics, especially in Uttar Pradesh, have drowned out the conventional politics of social justice of the Samajwadi Party (SP) or the Bahujan Samaj Party (BSP) as a large section amongst the Dalit-Bahujan groups now trust and favour the BJP’s Hindutva agenda over the regional stalwarts.

The right wing exploits conventional caste divides, flames social antagonisms and crudely applies “divide and rule” strategies to retain its dominance over the democratic process. The strategy to alienate the Jatavs within the Dalits and the Yadavs amongst OBCs has paid dividends in the last three major elections in UP. To win the upcoming assembly elections in UP, the BJP will harp again on these divisive social engineering strategies.

The Machiavellian tactics employed against the Dalits

The BJP has cultivated its image as the party that protects the class and cultural interests of social elites. The values of social justice promoted by the Ambedkarite Dalit movement are often seen as antithetical to the Hindutva project. Ironically, in the last assembly elections in UP, the BJP won the highest numbers of seats reserved for the Scheduled Castes (SCs). In the Lokniti-CSDS post-2019 election survey, it was argued that more than one-third (34%) of Dalits voted for the BJP in 2019 as compared to around one-fourth (24%) in 2014.

In the SC reserved constituencies, for example, it is the crucial non-Dalit voters that decide the fate of the candidates. The BSP performs poorly on the reserved seats because its conventional support base, mainly the Jatav voters, get divided between multiple SC candidates. Further, the BSP often fails to attract the significant non-Dalits voters for its candidate. The BJP, on the other hand has a strong support base within the social elites and it also understood that the social relationships between the Dalits and OBCs are traditionally ruptured.

On the ground, the Dalits often allege that the dominant OBC castes are the perpetrators of caste atrocities, practice discriminatory customs and react violently if the Dalits challenge their authority. For example, there is a rift created between the Dalits and the OBCs during the discussion on the SC/ST Prevention of Atrocities Act. It is propagated that the Dalits misuse this Act mainly to harass and reprimand the local landed classes. The BJP harnesses such social fears and promotes itself as a trustworthy party that would protect the interests of the agrarian and other landed classes.  During the elections, the BJP exploits the conventional, anti-Dalit sentiments amongst OBCs and attracts them towards its own candidate.

There is a visible trust deficit between OBCs and the Dalits which the BJP abuses unscrupulously, especially in the reserved constituencies. The BJP maintains local conflicts and regional caste hierarchies so that no social camaraderie between the Dalits and OBCs can emerge. The BJP secures an easy win in the reserved constituency by creating anti-Dalit polarisation.

Further, the right wing is also not interested in representing all Hindus or in any bringing substantive social harmony by engaging with the Dalit questions of caste atrocities and economic exploitation. In contrast, it persistently conspires to damage any possibilities by which social unity between the Dalits and OBCs can emerge. During the elections, the right wing works to keep the social realm divided and antagonistic towards and thus, exploit it for electoral victories.

The “othering’ of the Yadavs

During the tremulous period of political transformation in the mid-1970s, a strong and impressive leadership of the agrarian castes emerged under the Janata Dal experiment. Leaders like Mulayam Singh Yadav, Lalu Prasad Yadav, Sharad Yadav, etc. soon became household names, seen as the leading torchbearers of the social justice movement. In UP and Bihar, under Yadav leadership, the conventional political control of the social elites was dismantled, allowing the Dalits and backward communities to play leading roles. Such churning had revolutionary potential and could have radicalised the democratic processes emphatically. However, with the rise of  communal hindutva politics, the politics of social justice gradually collapsed.

Today, in mundane political discussions, the Yadavs are condemned as the corrupt political class that had monopolised the state institutions and other assets. Parties like the SP and the RJD are demeaned as the organisations that protect criminals and are dependent upon the support of Muslims. Interestingly, right-wing critics reprimand these parties for neglecting the Most Backward Communities (MBCs) and for allowing the Yadavs to grab major shares in reservation policies.

By stoking deep antagonism against the Yadavs, the BJP has systematically polarised the prominent non-Yadav agrarian castes like the Kurmis, Mauryas, Lodhis, Kushwahas, and so on and has groomed them as independent social and political units. Interestingly, because of their hatred and prejudices against the Yadavs, the MBCs find the social elite-laden BJP cosier and more comfortable for their political prospects.

The BJP’s election pundits understand that Hindus are segregated into various castes and among the backward castes, there is little social bonding, few cultural alliances or shared political objectives. In democracy, people often prefer candidates from their own castes or the party that serves their particular social and cultural interests. The BJP exploits such political behaviour without any ethical impulses. Similar to their hate mongering against the Muslims, a deeply prejudiced campaign is launched against the Yadavs and the SP. The right wing has consistently raised doubts on the capabilities of the SP to represent the interests of the other marginalised communities and presented itself as its better alternative.

The BJP-RSS alliance percolates a widespread communal antagonism against the Muslim minority by labelling them as “outsiders”, “filthy beef eaters”, “anti-nationals” and “terrorists”. The aggressive and militant power of communal discourse, its strong emotive and sentimental signifiers, bewitch the lower-caste sections and bring them closer to the hindutva agenda. Such discourse disallows any critical deliberation on the crucial political issues of livelihood, social security and economic advancement. Instead, significant sections amongst the marginalised communities became vocal participants of the aggressive communal mob as it provided them with a macho, heroic feeling and a collectivist sense of the community.

However, the BJP also realised that anti-Muslim political rhetoric has not provided enough of a dividend to the party in the past and it has to improve its political strategies to gain wider social support. The cunning tactics of social engineering have emerged out of such need.

The communal hindutva and Machiavellian caste tactics are the lethal weapons that the BJP has developed to defeat its “secular” opposition. The BJP has overtly exploited the social jealousies and anxieties of subaltern castes towards the politically mobile castes (Yadav and Jatav) and lured them away from any possibility of strong political unity between the Dalit-Bahujans against the dominant social elites. It is also the failure of the opposition parties to reinvent themselves as parties committed to the welfare of subaltern communities and other marginalised groups.

The BSP, SP and the Congress have failed to build trust amongst the poor Dalit-Bahujan masses and have thus allowed the BJP a free hand. The opposition can win the upcoming political battle in UP only if it succeeds in liberating the subaltern castes from the hegemonic domination of BJP’s hindutva politics and its Machiavellian caste strategies.