India's Lockdown Has Failed. Here's What We Can Learn From it.

By relegating the welfare of people to an afterthought, and by offering only measly relief measures, the government has contributed to the failure of its own epidemic-control efforts. 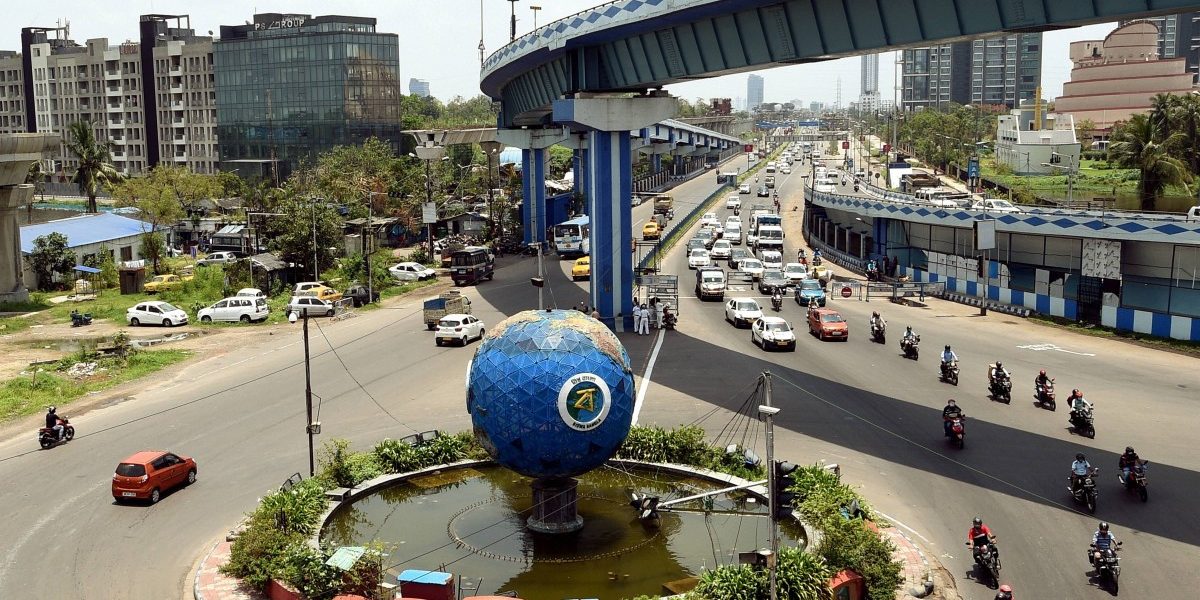 As India approaches the end of its lockdown, the Central government has been at great pains to emphasise that the lockdown has “saved lives”. On May 22, for instance, the government touted a study by the Boston Consulting Group  (BCG) and claimed that the lockdown had “saved between 1.2 – 2.1 lakh lives”. Such claims involve a comparison of the current figures for deaths with those obtained by extrapolating the early growth rate of the pandemic.  But a little reflection shows that this is not the right metric to use to gauge the efficacy of the lockdown.

This is because even if a lockdown reduces the number of infections for a short period, in the absence of sustainable long-term measures, the pandemic will resume its original trajectory when the lockdown ends. Simple models suggest that, in such a scenario, when the pandemic has run its course, it will have extracted almost exactly the same final toll in lives as it would have without the lockdown.

Therefore, the lockdown should be evaluated by asking whether it has put the country’s healthcare system in a position to ensure that the pandemic remains suppressed for the foreseeable future. This is a question that the government has been reticent to address, for an obvious reason. Except for a few states, like Kerala, the data suggests that large parts of the country are now in a worse position than they were at the beginning of the lockdown. This implies that the country has squandered the possible epidemiological benefits of the lockdown, while paying its terrible social costs.

Also read: More Than Anything Else, Modi Knows How to Seize the Moment

These arguments can be elaborated in the context of the simple “SEIR model” that reportedly informed the BCG study. In such models of epidemics, one initially assumes that when the entire population is susceptible, each infected individual spreads the infection to “R0” other individuals. If this number is greater than one, this causes the epidemic to initially grow in a geometric progression. In the simplest models, one assumes that those who have contracted the infection are not susceptible to reinfection. When enough people have been infected so that only a fraction, 1/R0, of the entire population remains susceptible, the growth of the epidemic is halted. At this “herd immunity” threshold, each infected individual, on average, spreads the infection to less than one other person and therefore the epidemic gradually dies down.

In the absence of a vaccine, which would reduce the number of susceptible individuals, the only effective measures are those that reduce the spread of the infection in the long term. Individuals can contribute to this objective through precautions like wearing masks or physical distancing. But such precautions could have been encouraged even without the lockdown.

On the other hand, the primary responsibility of the state is to rapidly identify infected individuals through testing, and trace and isolate their contacts to prevent them from spreading the infection. At a national level, it is clear that the lockdown has not been used effectively for this purpose.

One indicator of this failure is obtained by comparing the number of recorded deaths to the number of identified infections. Studies suggest that when all cases, including mildly symptomatic ones, are counted, the true “infection fatality rate” of COVID-19 is below 1%. Indeed, in countries like Iceland, which have tested a large fraction of their population, or even in Kerala, this is also reflected in the current ratio of recorded deaths to recorded infections.

On May 28, India had recorded about 4,500 deaths from COVID-19. Using the estimated fatality rate above and noting that deaths lag infections by about 18 days, this suggests that there were at least about half a million cases on May 10. Extrapolating this figure to the present, using the doubling time of recorded deaths, leads to the conclusion that there are more than a million cases in the country today. This implies that the 158,000 cases that the authorities have identified constitute less than one-sixth of all cases, and moreover that most of the undetected cases are currently active. Contact-tracing cannot succeed in such a setting. 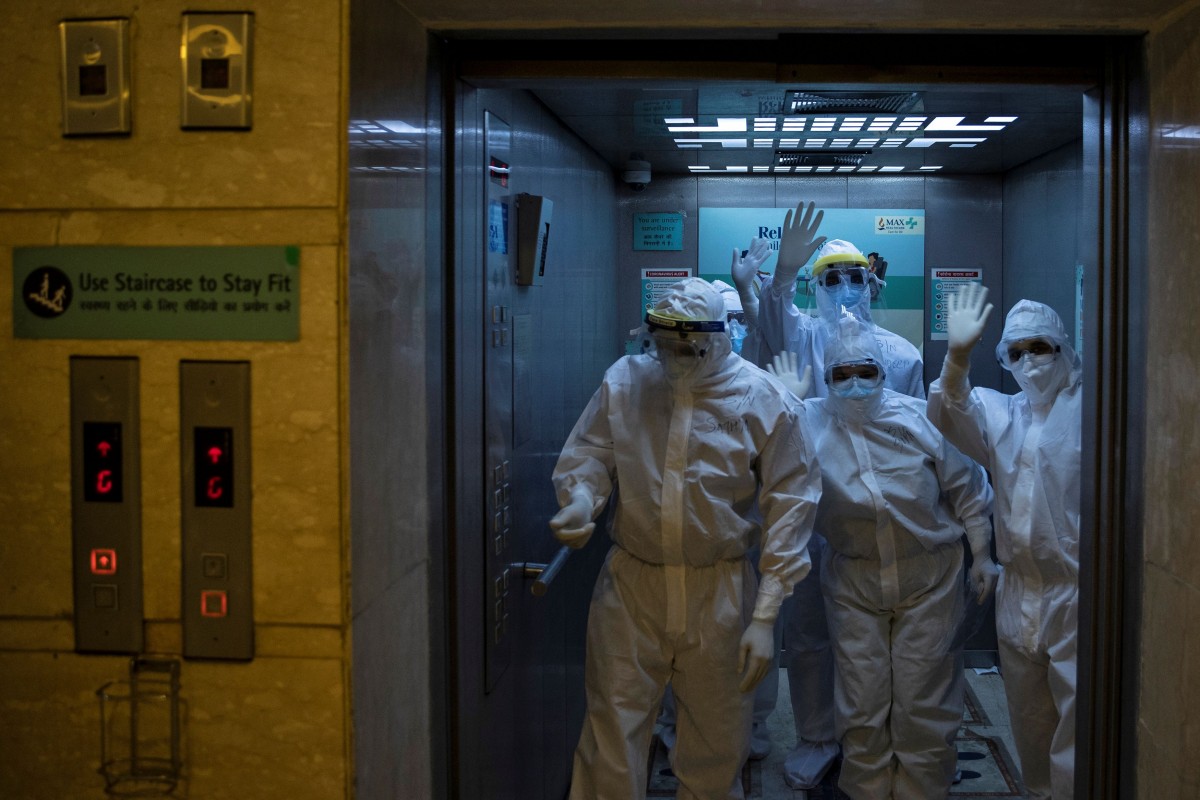 The government has also failed to use the lockdown to ameliorate the shortage of personal protective equipment. In his speech on May 12, the prime minister explained that domestic manufacturers could  produce  “two lakh N-95 masks” per day. But this is a small number by global standards. Figures from the US suggest that, under best practices, hospitals may require as many as 35-40 masks per day per patient. Even if masks are rationed and reused, domestic manufacturing capacity is insufficient to meet the demand from the increasing number of cases.

Most seriously, the lockdown has destroyed the livelihood and economic security of millions of people. And although more than a hundred million jobs were lost in April, the government provided little direct relief. A survey of migrant workers found that about 90% of migrant workers received no pay from their employers and 96%  also received no rations from the government. This not only points to an economic and humanitarian crisis, it has direct epidemiological implications.

Economic compulsions will make it impossible for people to sustain physical-distancing measures that might otherwise have been manageable. Therefore, by relegating the welfare of people to an afterthought, and by offering only measly relief measures, the government has contributed to the failure of its own epidemic-control efforts.

Also read: Amidst Lockdown, 1 Out of Every 5 Kids in Uttarakhand Didn’t Get Food Grains Under Mid-Day Meal

The government has shown no signs that it now plans to prioritise social welfare. Instead it has used the pandemic as an excuse to push state governments to launch a frontal attack on workers’ rights, through “reforms” that include an increase in the length of the working day and further contractualisation of jobs in the organised sector.

It would be simplistic to ascribe the failure of India’s lockdown purely to poor administration.   Although a Centralised administration, where sycophancy is valued above all else, is undoubtedly part of the problem, the malaise runs deeper. The government’s callous incompetence is a reflection of its priorities: it evidently believes that retaining its grip on power through false propaganda and helping businesses pad their profits by intensifying the exploitation of workers is more important than protecting the health of the country’s people.

This pandemic will eventually pass and regardless of policies that emanate from Delhi, the collective efforts of ordinary people may yet help the country avoid some of its worst effects. But the lessons that the lockdown has taught us about the true face of India’s ruling class should not be forgotten.

Suvrat Raju is a physicist with the International Centre for Theoretical Sciences (Bengaluru). The views expressed are personal.