India’s Coming Misadventure With Rice Fortification in All Food Schemes

The Union government, cut off from the realities of the vast diversity of health and poverty conditions of the country, appears to have bitten the bait of corporate lobbies. 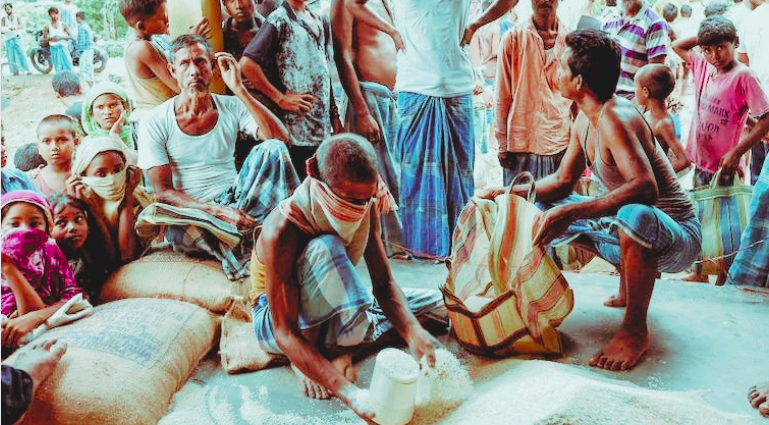 Madhu Soren (12) and Bokai Soren (7) are two brothers with thalassemia in a village in Jharkhand’s East Singhbhum district.

Thalassemia is a genetic blood disorder in which the body has lower than normal amounts of haemoglobin, an oxygen-carrying protein. When there is not enough haemoglobin, red blood cells cannot function normally and last for shorter periods of time. This leads to further complications. A person with thalassemia major might need regular blood transfusions to deal with the condition.

The parents of Soren brothers have reported that the boys, who used to get monthly or bi-monthly blood transfusions, now need weekly treatment. The government is supplying them with iron-fortified rice, which is contra-indicated for thalassemia patients. In fact, FSSAI’s regulations ask for iron-fortified foods to have a label stating that thalassemia patients are to consume such foods under medical supervision. 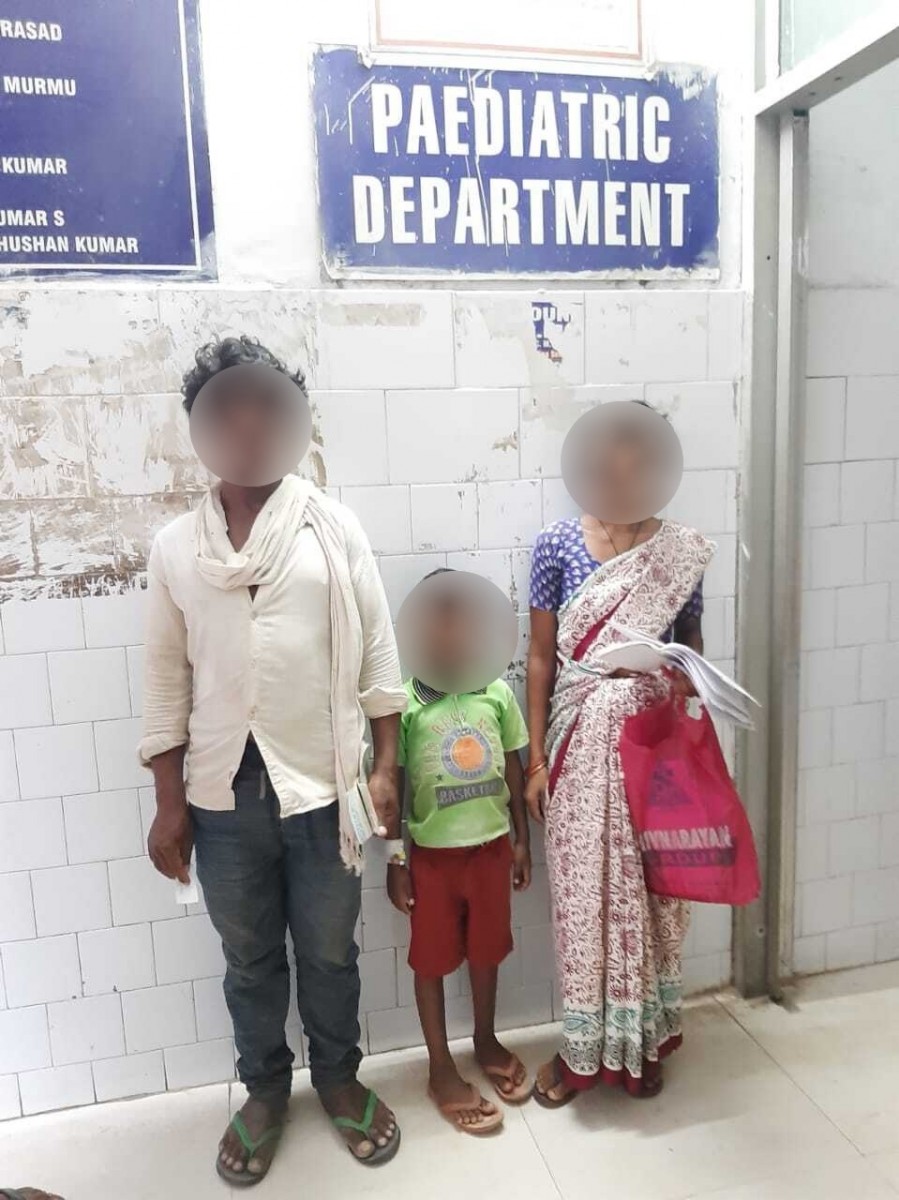 Madhu Soren (a Thalassemia patient) along with his parents in MGM Hospital, Jamshedpur, after a blood transfusion. Photo: author provided

When asked whether they can stop feeding their sons iron-fortified PDS (public distribution system) rice, Joba Soren said, “What else can I feed them. We cannot afford to buy our rice from the market.”

The Sorens live in the Chakuliya Block of East Singhbhum district, where Vandana Patro and her brother Biswajit Patro are sickle cell anaemia (SCA) patients. SCA is another inherited blood disorder where the red blood cells are malformed, and FSSAI labeling requirements ask SCA patients not to consume iron-fortified rice. But this family receives iron-fortified rice too through the PDS.

There are tens of thousands of identified thalassemia and SCA patients in Jharkhand alone. These blood disorders are mainly found amongst adivasi communities, among people quite dependent on food entitlements from the government for their basic food security.

Medical experts advise against iron-fortified foods in other conditions too – certain stages of tuberculosis or malaria, for instance; or when suffering from acute malnourishment. Independent health experts have also warned against iron over-dosing by distribution through multiple iron supplementation programmes. Yet fortified rice is being distributed in a one-size-fits-all solution to the poor in the country.

On India’s 75th Independence Day, Prime Minister Narendra Modi announced from the ramparts of the Red Fort that all rice supplied in all food schemes would be fortified by 2024. At that time, only six states had initiated a pilot scheme that was started in 2019. Yet a recent Cabinet meeting endorsed the plan for all ICDS and POSHAN meals to have fortified rice by 2022, for 291 chosen districts to have all public food schemes with fortified rice by 2023, and all food schemes all over the country by 2024. 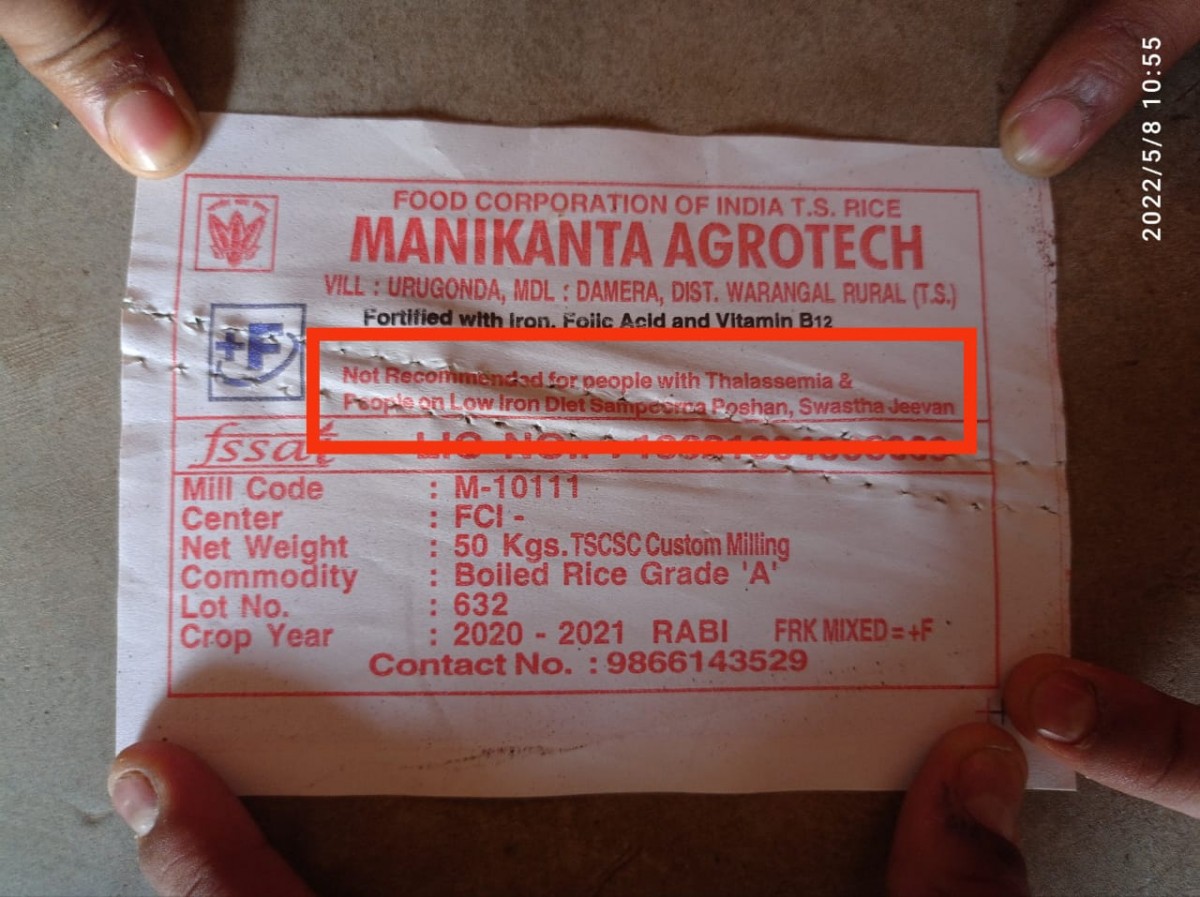 It’s a major policy decision affecting most citizens’ prior informed choice about the kind of food that they would like to eat, but delivered as a fait accompli. The rice fortification plan has been sold as a cost-effective silver bullet solution to the problem of anaemia. The Union government, cut off from the realities of the vast diversity of health and poverty conditions of the country, appears to have bitten the bait of corporate lobbies.

Note that the health ministry has not engaged with this plan so far, nor the tribal affairs ministry. States with significant adivasi populations, even if run by Congress and regional parties, have not raised a single question. Instead, in states like Uttar Pradesh, massive campaigns are being run along with international organisations to “educate” people about fortified rice.

A lobby group, funded by entities with commercial stakes in food fortification, is housed in the food safety regulatory body, FSSAI. However, its officials denied that there was any conflict of interest.

Two key questions arise now. First, who will ensure compliance to the Food Safety Authority’s legal regulations on fortified foods when it comes to public food schemes, and how will they do this, when patients with these disorders do not always know that they have the disorders or that they are advised not to consume fortified foods?

Second, where thalassemia and SCA patients have been screened and identified, what happens to their entitlements under the National Food Security Act 2013? Will the Ministry of Food and Public Distribution arrange for non-fortified rice for them? And is the woman of the household now expected to cook two different kinds of rice for the family, despite already shouldering an enormous burden of the family?

A curious feature of this rice fortification plan is that distribution has been scaled up to hundreds of districts in India, while a pilot scheme initiated in 11 districts has had no results evaluated or put out in the public domain. What is the purpose of a pilot if the government does not have the sense to run the full pilot, evaluate outcomes, glean lessons and only then consider scaling up?

Also read: Eight Hurdles the ONORC Has to Cross Before It Can Be Called ‘Successful’

On the other hand, an RTI reply from ICMR/NIN (Indian Council of Medical Research-National Institute of Nutrition) says that while it has not conducted impact studies, it has carried out a double-blind randomised controlled study with children in a government primary school on chemically fortified rice served as part of their mid day meal. The study indicated that iron-fortified rice had a similar effect as the mid-day meal on improvement in anaemia; haemoglobin concentrations rose to a similar extent in children who consumed either iron-fortified rice or unfortified rice.

A Cochrane review (2019) concluded that “fortification of rice with iron alone or in combination with other micronutrients may make little or no difference in the risk of having anaemia or presenting iron deficiency and we are uncertain about an increase in mean haemoglobin concentrations in the general population older than two years of age”.

The supporters of this approach to tackling anaemia talk about its cost-effectiveness. The entire cost of rice fortification which is estimated at around Rs 2,700 crore per annum would be borne by the Centre as part of food subsidy till its full implementation till June 2024. However, how is Rs 2,700 crore more cost-effective than well-targeted micronutrient supplementation programmes that could cost only around Rs 1,100 crore?

Rice fortification is actually risky to a large number of people, even as it may lead to predictable and irresponsible wastage of public funds. What we really need is a holistic approach to nutrition from the government – not a micro-nutrient-by-micro-nutrient approach.

This means adopting and strengthening livelihoods as well as entitlements. Agricultural pathways to nutrition security (including extensive livestock systems that provide for animal protein) could be combined with forest and other uncultivated foods, kitchen gardens, nutrition education and participatory learning through a barefoot cadre of nutrition-extension workers, with case management for the affected, and micro nutrient supplementation programmes for the needy.

Further, citizen entitlements under the National Food Security Act must go beyond rice and wheat, to cover millets, pulses, oils, eggs and milk.

Kavitha Kuruganti is with Alliance for Sustainable and Holistic Agriculture (ASHA) and has been part of a recent fact-finding visit to Jharkhand on rice fortification.