Recent septic tank deaths in Tamil Nadu have highlighted how much still remains to be done. 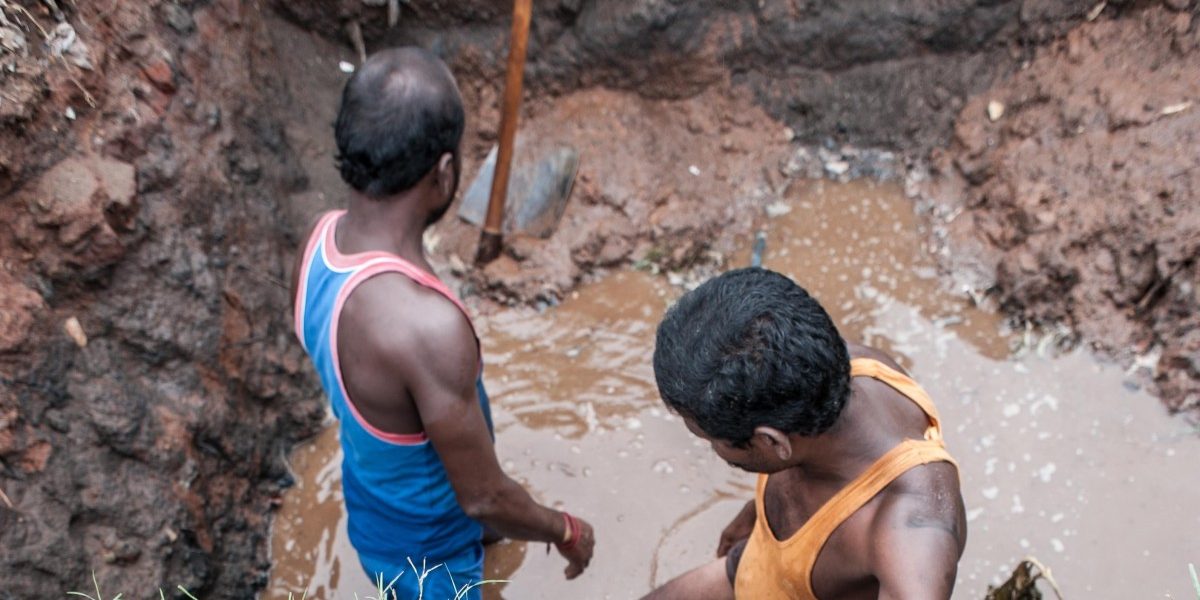 The death of six persons including three members of one family due to asphyxiation in a septic tank in Sriperumbudur, Tamil Nadu, is an ugly reminder of the enormous task that lies ahead to make our sanitation solutions safe and sustainable.

According to the government of Tamil Nadu, as many as 55% of all households depend on on-site sanitation solutions in the absence of sewerage networks. Further, as per the Census 2011, 38% of the urban households in the state had constructed septic tanks for disposal of liquid waste. Given that sub-urban households in Tamil Nadu (which are not connected through underground sewerage systems) increasingly prefer septic tanks to dispose of their waste, one would assume that this technology is cost-effective and safe. However, reports suggest serious discrepancies in construction that affect the normal functioning of a septic tank, as well as the management of effluent and faecal sludge.

What is a septic tank?

A septic tank is an on-site wastewater treatment system used in areas where sewerage networks are unavailable. It is a watertight chamber that is responsible for the primary treatment of wastewater.

The effluent from a septic tank needs further treatment, while the accumulated faecal sludge needs to be correctly disposed of. The Bureau of Indian Standards (BIS) has given the technical design and specifications for the construction of septic tanks, but there is substantial documentation to show that these have been repeatedly violated in the country, more so in southern states where the usage of septic tanks is high.

Such violations pose a serious threat to public safety and health owing to freshwater contamination and disease outbreaks.

A recent scoping study (2016) conducted in Coimbatore by the Indian Institute of Human Settlements (IIHS) points to the lack of technical knowledge of masons on constructin proper septic tanks:

“At the behest of the owner, builders and masons clearly deviate from the standards while constructing septic tanks… The optimal size of the containment is jointly decided by the house owner and mason based on factors such as affordability, space availability, and the desire to reduce the de-sludging frequency. These result in… over-sized septic tanks which are often unlined and allow for the wastewater to percolate into the ground…”

When asked to draw a simple sketch of a septic tank, a majority of masons failed to draw it as per the BIS standards. Findings from the study led to a training session for masons to help them calculate the volume and accurate dimensions of a septic tank, based on the number of users along with other technical aspects of septic tank design.

Another study by Pratibha Ganesan supported by the CLTS Knowledge Hub across eight states in India including Tamil Nadu states that septic tanks without soak pits are commonly constructed in households. Soak pits allow partially treated waste to slowly seep into the surrounding soil. In the absence of soak pits, the effluent is directly discharged into open drains, contaminating freshwater bodies.

The study also found septic tanks without proper flooring that can lead to groundwater contamination. Ganesan throws light on an unpublished WaterAid (2017) study that found that 62% of the septic tanks surveyed were simply containment structures that can pose a serious threat to public health and safety.

Septic tanks are large but they are bound to fill up, and in case of improper construction they fill up even faster and require periodical inspection, cleaning and management.

While masons are readily available to construct septic tanks, the chain is completely broken when it comes to management of septic tank waste. Modern techniques have emerged to remove waste from septic tanks through vacuum sucking trucks called honey-suckers, but they are not readily available at the time of need and are unable to reach all households, especially the ones in narrow lanes and densely populated areas.

The IIHS study also found the absence of proper access lids to service septic tanks. In many households, the surface of the septic tank had been closed, making it impossible to even inspect them. Several reports on irresponsible handling and dumping of faecal waste into open drains or even freshwater have emerged in the recent years.

There is still hope

Yet, when one reads reports regarding septic tank deaths, we know that much more needs to be done to ensure public safety. All existing septic tanks need to be inspected and retrofitted in case deficiencies are found. We could have probably averted the recent deaths in Sriperumbudur had the public been made aware of the dangers associated with gas emissions from untreated and accumulated toxic waste.

The government should enforce a strict ban on the entry of human beings into septic tanks and bring in complete mechanisation to do away with the manual handling of waste. However, this is only possible if the septic tanks are constructed properly in the first place. Septic tanks that are disproportionately large and ignore key aspects like soak pits and proper flooring will always fill up faster and not decompose waste efficiently. They will merely act as containment structures requiring frequent cleaning and manual handling of waste that is extremely toxic due to inefficient decomposition.

The public perception that large tanks fill up slowly needs to be addressed properly by the government. While mason training programmes are critical, households need to be educated about the options available for on-site sanitation systems and how to construct and maintain them in the long run.

Owing to the concerns related to septic tanks, the Swachh Bharat Mission has emphasised on the construction of twin-pit latrine systems. This is because of the cost-effectiveness of constructing twin-pits when compared to septic tanks and also the ease of maintenance. Twin-pit latrines efficiently treat waste at the site, making it safer for the households to manually handle the decomposed manure and use it in their agricultural fields. Nevertheless, septic tanks are here to stay as an alternate on-site sanitation solution, as sub-urban populations that are unconnected to sewerage systems continue to prefer them due to their capacity to hold larger volumes of waste.

The Swachh Bharat Mission might indeed make India open defecation free by October 2019, but this status can only be sustained if we focus on the entire cycle of waste generation, disposal and treatment. There’s much more to be done beyond toilet construction and spreading awareness to use them. The next phase of SBM has to shift its focus towards liquid waste management if we are to truly make India clean and healthy.

Somya Sethuraman is a sanitation consultant. She previously served as the Sanitation Specialist for the Commissionerate of Municipal Administration, Government of Tamil Nadu and as a researcher for the Institute for Financial Management and Research, Chennai. Email: somyase@gmail.com