India needs to work towards a comprehensive accident-prevention plan, the first step to which is building a reliable information database. 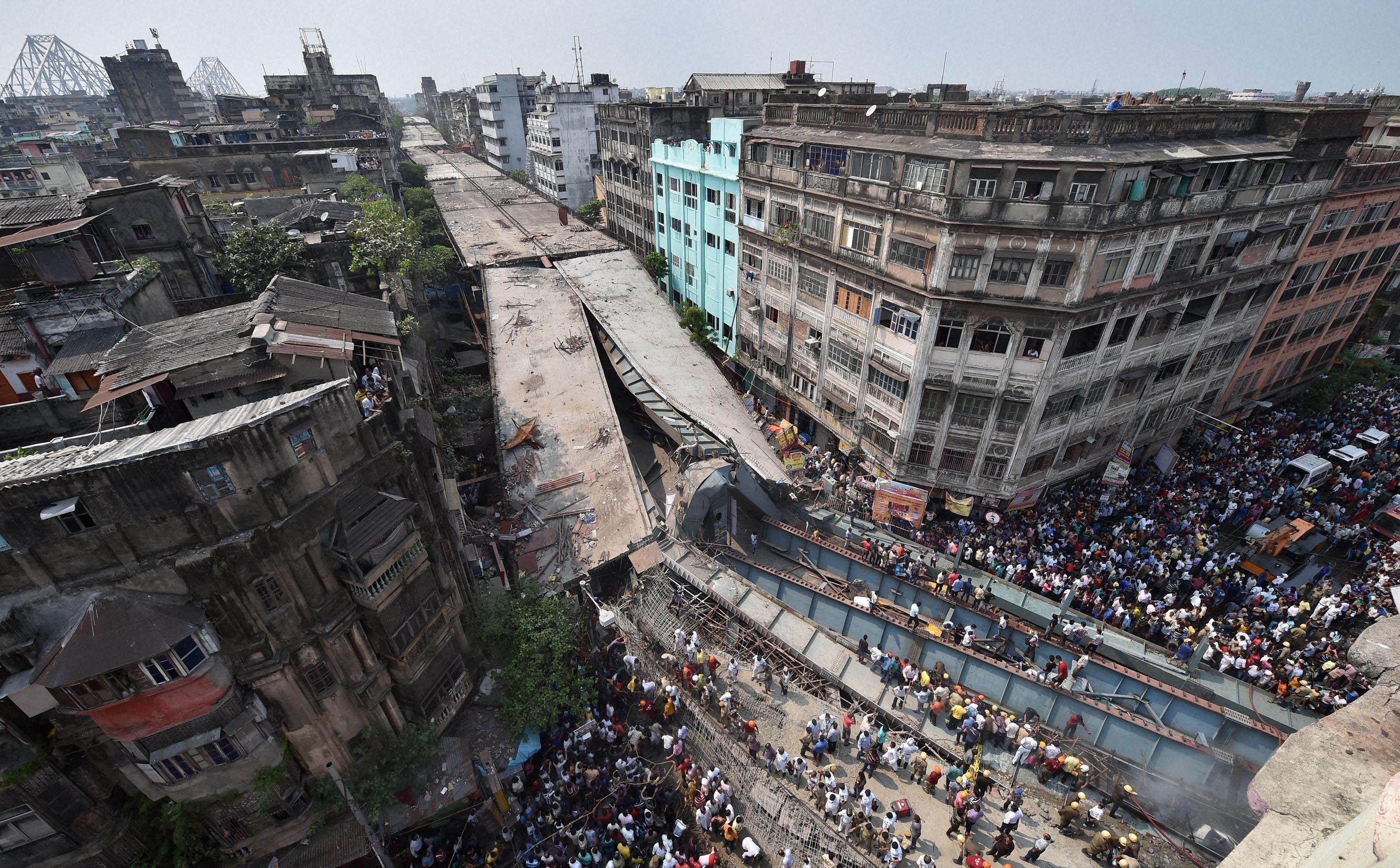 An aerial view of the site in Kolkata where an under-construction flyover collapsed. Credit: PTI

A flyover being constructed near Girish Park in central Kolkata collapsed on March 31, killing at least four people and injuring dozens. Many people are suspected to be stuck caught under the debris. The flyover was supposed to be completed in 2010 and had missed eight deadlines.

Unfortunately, accidents of this kind are far from rare.

There would be spontaneous public agreement that nothing can be more painful than a child burning to death. World Health Organisation data shockingly reveals that as many as 46,656 children (aged 0-4 years) die in fire accidents worldwide every year. But in several countries, including India, the official data on accidents is considered to be hugely underestimated.

Reducing accidents has the potential to decrease human suffering in a relatively small amount of time. Public support for such efforts can also be easily garnered, since the high incidence of accidents affect people on a daily basis. However, despite the potential, no comprehensive planning and coordination has been taken up yet to reduce accidents in India.

The availability of detailed and reliable information is the first step towards building a comprehensive accident-prevention plan. But even at this stage there is much to be desired. There are serious gaps in the data, due to which multidimensional harm and suffering associated with accidents cannot be captured, and a somewhat distorted picture is revealed.

While this data confirms that harm associated with accidents is very high, particularly in terms of the number of deaths, several serious gaps and distortions in the available data need to be pointed out with the aim of making necessary and long overdue improvements.

Those familiar with the impact of accidents are aware of how painful and long lasting serious injuries can be, sometimes even resulting in long-term or permanent disabilities. There is then a clear need to give equal importance to injuries, given that accidents in India are generally discussed only in the context of fatalities.

The overall number of accidents and fatalities is also likely to be higher than the official data. It is well known that many accidents remain unreported in India. At present, the official data reveals that only about 9% of the total number of accident fatalities in the world take place in India (3,10,000 of about 35,00,000), while approximately 16% of the world’s population lives in India. In other words, the accident rate measured in terms of fatalities is significantly lower in India relative to worldwide numbers. However, all other evidence indicates that the accident rate in India is extremely unlikely to be less than the world average. In particular, the probability of occupational accidents in the unorganised sector and domestic accidents going unrecorded is very high.

A proper database needs to be built in order to have a correct appraisal of the number of accidents, as well as related fatalities and injuries. This will help provide a convincing case for significantly increasing financial resources and personnel needed for accident prevention. In addition, more resources are required for providing good, timely medical care to accident victims.

Above all, a national authority should be created to plan for a reduction of all accidents (not just road accidents). This can be a separate authority that cuts across departmental divides, or could also be a sub-authority within the National Disaster Management Authority, with units established at the state and district levels.

If taken up in a well-planned and dedicated manner, this work can help us avoid several hundred thousand deaths and serious injuries in a single year.