Has India Descended Into a Constitutional Theocracy?

With the passing of the CAA, that peg on which we hung our imperfect-but-thriving secular democracy was removed – and we officially adopted religion as an adjudicating principle of Indian citizenship. 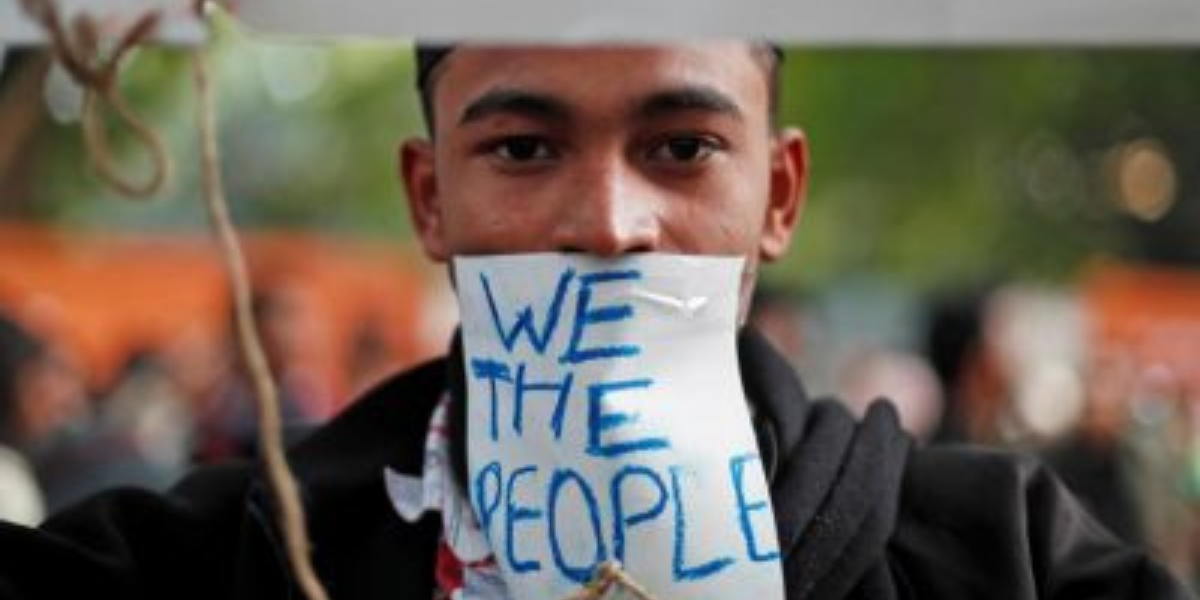 A year ago, the Citizenship (Amendment) Act (CAA) was passed by the parliament. Something vital changed about our identity as Indians in its aftermath. Up until then there was a quiet assurance that our Constitution and the associated statutory laws defined our political character as secular-democratic. Even when our socio-political practice remained sullied by caste, gender, racial and communal hierarchies, our constitutional structure, official institutions, their internal checks and balances, even the transgressions and the anomalies were broadly conducted within the ambit of a secular democratic ethos.

There is no denying that we have always been a messy democracy, and that our secular clothing frayed with over-used lip service over time. But despite all the fraying and tatters, there was a constitutional frame that held it together. This frame ensured equality of citizenship. No citizen could be discriminated against on the basis of race, gender or religion. The constitutional assurance was that no matter how much the actual practice of equal citizenship strayed in its practice, the transgressions were measurable against a stated and an aspirational equality ideal.

We were therefore able to judge the internment of nearly 3,000 Chinese Indians in the Deoli camp – in the aftermath of India’s debacle in the Indo-Chinese war of 1962, (read The Deoliwallahs for the forgotten history and suffering of incarceration) – as unjust because our constitution did not discriminate between different genealogies of descent. We were able to distinguish between secular and communal pursuits of the state because this distinction was not erased by religious principles of governance.

With the passing of the CAA on December 11, 2019, that peg on which we hung our imperfect-but-thriving secular democracy was removed. We officially, formally and constitutionally adopted religion as an adjudicating principle of Indian citizenship. While the Act itself, formally at least, only excludes (deemed) illegal Muslim migrants, what it elliptically and insidiously does is to cast a shroud of doubt on many legal, valid Muslim citizens of India.

It singles out Muslims as unworthy citizens and unequal applicants. It provides the air of legitimacy that stoke the fires of hatred and prejudice to play out on every forum and platform available. What’s kosher in the parliament is kosher on the street and amidst the public, right?

Every jhuggi, every cluster, every individual with a Bengali Muslim lineage becomes potentially an illegal Bangladeshi migrant; every dissenting Muslim becomes a “natural” sympathiser of Pakistan; every meat consumed by a Muslim is seen as plausibly beef; every Muslim cattle-trader is a suspected cow-slaughterer; every interfaith marriage of a (only a) Hindu girl to (only a) Muslim man becomes an instance of love-jihad. The spectre of suspicion has become thick, pervasive, incriminating and damning.

With the citizenship law so amended and the Constitution no longer the last bastion of our secular consciousness, we stand today in need of a new vocabulary, and along with it a whole new language, to describe ourselves. Political theorists may use descriptors like authoritarian-democracy, majoritarian-fascism, fasco-liberalism and so on. “But even the most astute political theorist knows that two terms stitched together by hyphens are yesteryear oxymoronic foes, conceptually insufficient to grasp the nature of the disorder.” 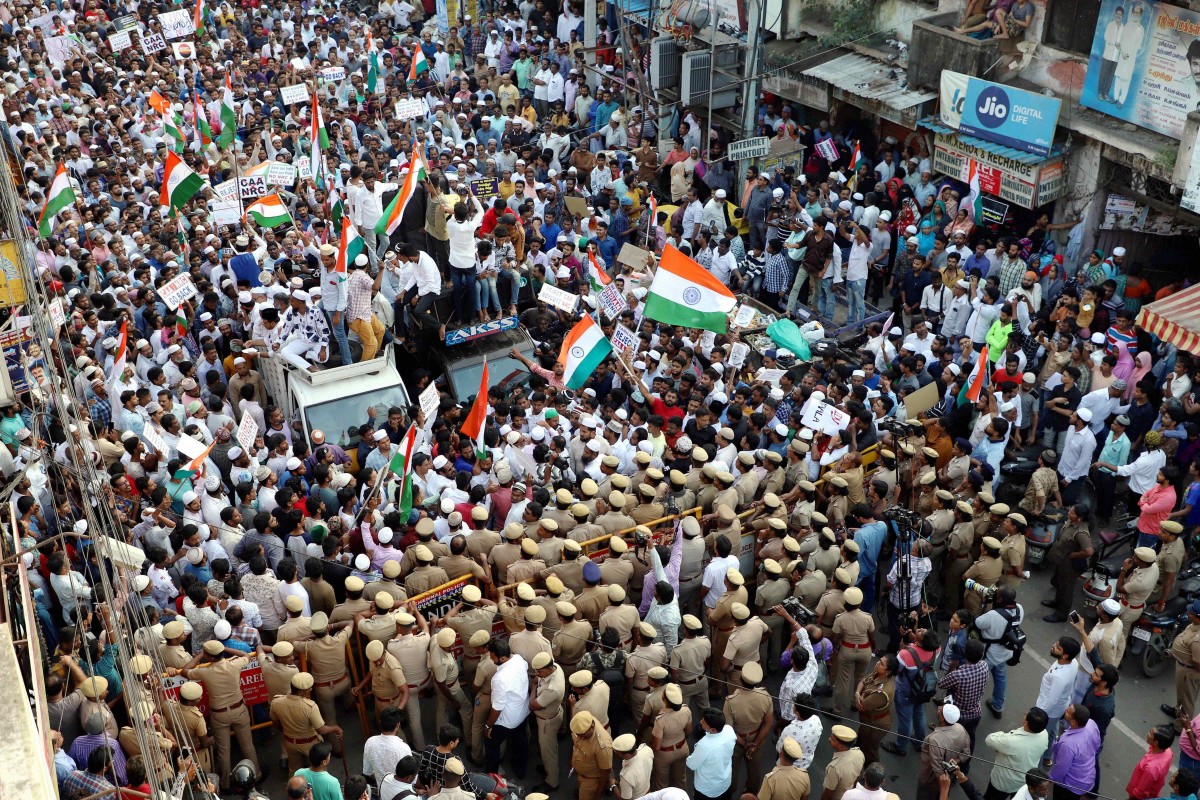 Before you baulk, let me explain. Unlike a Pakistan, an Egypt, or a Libya, constitutional theocracies may sometimes emerge through more subtle means of constitutional change instead of an explicit declaration of state religion. We may not be like a Pakistan or an Afghanistan, which constitutionally declare adherence to a state religion. We may not even be like post-Arab Spring Egypt, Libya, or Tunisia, which explicitly constitutionalised Islam as a source of law within those states. But in evolving and refining our own sui generis religious principles of governance, we are getting there. The religious character of the Indian variant is less transparent and visible. It manifests itself in the public sphere through essentially two ways, disturbingly both constitutional.

The first: fundamental transformations of constitutional identity towards a more religious order occur through formal constitutional measures. Think of the passage of the contentious Citizenship Amendment Act (2019). Think of the proposed and (announced on the floor of the parliament by the home minister to be imminent) National Register of Citizens, which when read together with the CAA will leave a list of only “illegal” Muslim migrants.

Think of the reading down of Article 370, and of Article 35 A that’ll change the demographic profile of the only Muslim majority state of India. Think of the amendment to the Unlawful Activities Prevention Act (UAPA), and then think of the zeal with which it is being used to target anti-CAA activists like Umar Khalid, Sharjeel Imam, Faizan Khan or the journalist Siddique Kappan, among many others. Think of the anti-conversion law of Uttar Pradesh which seeks to regulate, effectively prohibit, inter-faith marriages between Hindu girls to Muslim men.

A second way in which a constitution’s religious character may emerge is more subtle and less transparent than creating or amending statutes. Fundamental transformations of constitutional identity toward a more religious order are effected covertly through political and judicial actors. To cite a few recent examples: the refusal of the Supreme Court to stay the CAA in January 2020 despite 144 plus petitions challenging the constitutionality of the law; its restraining order to all high courts from hearing any CAA-related petition.

Its further postponement of its own CAA hearing after the “Sabarimala case” and other pending pleas, despite the failure of the state to file a reply within the mandated four weeks (from January 22, 2020). The refusal of the Supreme Court to reconsider an earlier judgement that “Hindutva is a way of life” and allowing vote-appeal based on religion. The Supreme Court’s Ayodhya-Babri Masjid judgement, amidst chants of Jai Shri Ram by lawyers, assigning the entire disputed land to Hindu litigants.

What’s striking is the key role that courts play in privileging one religion in the public order. Ran Hirschl, in his seminal work on constitutional theocracies, regards courts to be “bastions” of secularism that act as effective shields against the spread of religiosity”. Yet, in many contexts like those cited above, courts act to expand, not limit, the place of religion in the constitutional order.

Another set of examples that illustrate the work of political and quasi political actors: the 2019 amendments to the UAPA, 1967, which shifts the burden of proving one’s innocence on the individuals who are designated terrorists. The police not registering FIRs against perpetrators of murderous hate crimes; instead, charge-sheeting victims of communal lynchings; sending the meat, and not the body of murdered Akhlaq, for forensic analysis. Arresting the pregnant anti-CAA protestor and pinjra tod activists, but not registering an FIR against BJP MLA Kapil Mishra and MP Anurag Thakur, who openly incited violence, or against the man who, in open view of the police, fired a gun at the anti-CAA protestors.

Conducting communally biased police inquiry in the 2020 Delhi riots (in the aftermath of the anti-CAA protests) where the Muslim community, that suffered the worst assault, was also singled out, targeted and charged with the rioting. And a myriad other examples where the shadowy arm of the law insidiously backs the impunity of vigilantes and assists the self-proclaimed caretakers of the Hindu-first nation.

How can the conduct of power that sanctions and conducts vigilante persecution of the Muslims call itself “secular”? How can the conduct of justice that allows for the building of a Ram temple on the skeletal remains of the Babri Masjid (even when the Supreme Court itself rules that the demolition of the Masjid was a criminal act) count itself as part of a liberal-democratic system? How can we call ourselves democratic or liberal when charges of sedition, unlawful activity and threat to national security are routinely deployed against those deemed to be political opponents of religious principles of governance?

How can we call ourselves a democracy when the law of the land becomes the political will of the regime in power? How can we call ourselves secular when the constitution itself introduces a religious criterion for citizenship? The more our political sphere – courts, legislature, executive, civil society included – triumphantly mix democratic values with majoritarian religious identity issues, the more we inch towards becoming a constitutional theocracy. As they say, if it walks like a duck, quacks like a duck, then it probably is a duck.