Does the First-Past-the-Post System Still Make Sense for India?

Explaining why this electoral system was chosen in the first place, and whether those arguments still stand. 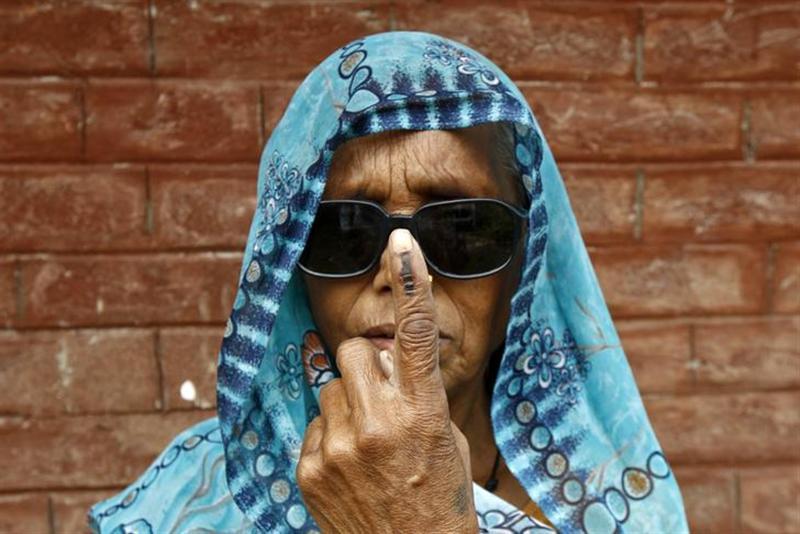 No “free and fair” elections have ever led to governments with a majority of popular vote anywhere. Credit: Reuters

The Indian constitution adopts the first-past-the-post (FPTP) system of elections, otherwise known as simple majority where a candidate with the most number of votes from a constituency wins the seat. The recent elections saw the Bharatiya Janata Party receive a vote share of 37.4%, which translated to 56 % of the total seats.

Some believe that this system is undemocratic and unrepresentative of diverse identities. The critics of the FPTP system have called for reexamining this constitutional choice and have argued for adopting the system of proportional representation.

So why did the constitution framers choose FPTP? Are those historical reasons still relevant in today’s India?

Article 81 of the constitution stipulates for FPTP. The constituent assembly took up this provision (draft Article 67) for discussion on January 4, 1949.

Karimuddin believed that proportional representation is ‘profoundly democratic’ as it secures representation of all voices of the society. Looking at historical foreign experiences, he highlighted how FPTP caused the religious minorities in Ireland to be disenfranchised and unrepresented.

Further, K.T. Shah supported proportional representation through single transferable vote. He said that this system is a ‘greater reflection of popular will’ and will ensure a government which has diverse political voices.

He noted that assembly’s adoption of this system to elect the Rajya Sabha members should be extended to the Lok Sabha. According to him FPTP encourages domination by the majority political party and creates an environment of “repression and suppression” of the minority political views.

M. Ananthasayanam Ayyangar was not convinced by these demands. He offered two arguments against proportional representation. First, as certain constituencies have a large population, its implementation becomes impractical and administratively difficult. Second, he believed that this system was too ‘advanced’ for our nation which had a poor literacy rate.

Dr B.R. Ambedkar believed that proportional representation would not work in the Indian set up. He pointed out that Karimuddin’s amendment was fallible as it presupposed that Indian citizens were literate and could read numbers.

Lastly, he believed that minorities’ interests were better safeguarded through reservation in parliament than the system of proportional representation.

The proponents of proportional representation were sceptical of FPTP’s success in creating an inclusive government. They principally opposed it as they feared that it would create a majority culture where marginalised groups would go unrepresented. But Ayyangar and Ambedkar, members of the Drafting Committee, opposed it largely on policy matters. Their main objections were based on India’s poor literacy rate, logistical difficulties and protecting government stability. In the end the assembly sided with Ambedkar and Ayyangar, and encoded FPTP in our constitution.

It is important to ask if the reasons why FPTP was chosen over proportional representation are still relevant.

The recently concluded Lok Sabha election has several stories to tell. More than 90% of the elected members of parliament are Hindus and half of them are from “upper” castes. So where are India’s diverse voices?

On the policy concerns, first, the literacy rate as per the latest 2011 Census is 74% as opposed to 18 % in 1951. It only proves that we have the largest literate electorate since independence.

In addition, FPTP has not always ensured stable majority governments. In fact, post 2000, the formation of coalition governments at the Centre has become the norm rather than the exception.

Also read: First Past the Post Means India is Only a Namesake Democracy

Third, the Elections Commission has large financial and human resources at its disposal. The Commission had a budget of around Rs 50,000 crore for the 2019 elections; it has the capability to administer elections based on proportional representation.

Lastly, while the constitution has made room for reservations in the legislature for members of the Schedule Castes and Schedule Tribes, other marginalised communities find no safeguard.

Given all this, it may be the right time to take a closer look at adopting measures to ensure that all identities find a voice in India’s parliament, and to guarantee that the majority privileged population is not the only one with power.

Kruthika R. is a research associate at the Centre for Law and Policy Research, Bengaluru. She primarily works on the CADIndia and Supreme Court Observer websites.