If India Is to Have Free Elections, Courts Must Decide on the Many Important Pending Cases

To have a real electoral chance, the Opposition needs a level playing field. Right now, the ruling party holds all the cards. 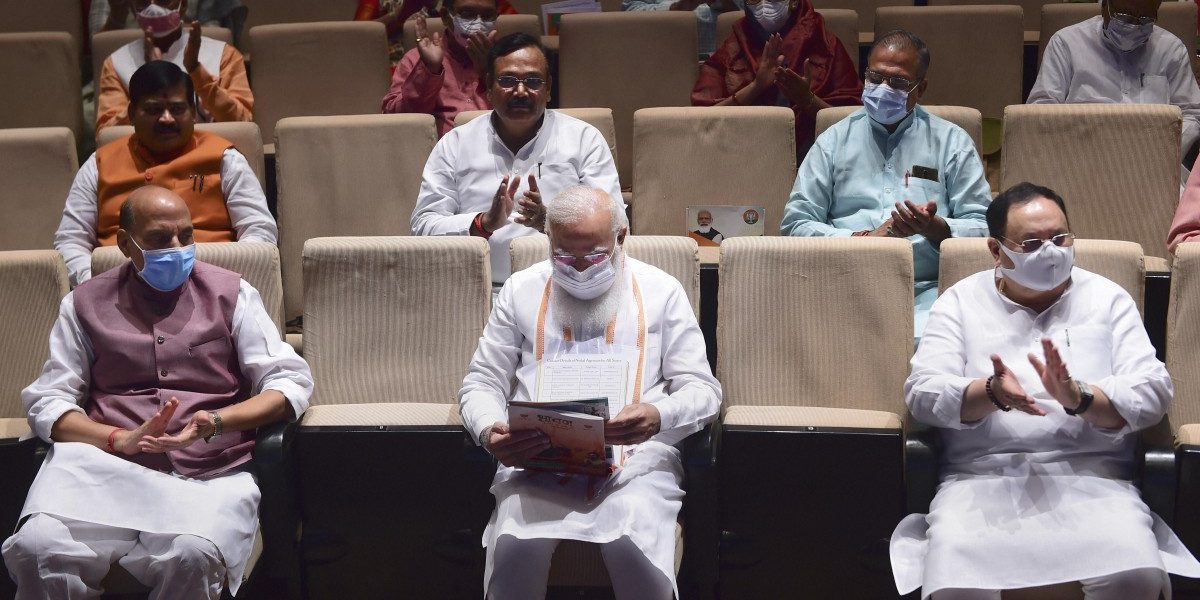 The bugles have been sounded for the five state elections next year and the general elections in 2024. The Bharatiya Janata Party (BJP), the well-oiled election machine that it is, has already made the first moves: it has changed two chief ministers and brokered a deal with a third, it has started putting its blue-eyed boys in crucial positions in the bureaucracy, it has hunkered down to sit out the many storms its faulty governance model has raised, it has taken the first steps to “regulate” a digital media it can neither coerce nor buy out, it is even testing the communal waters to see if it will pay the same dividends that it did in 2014 and 2019 – witness the talk of “population control” measures and the inflammatory rally at Jantar Mantar in Delhi on August 9.

The Opposition, which is more of a “Supposition” than a fact, is in the meanwhile going through the same dumb charade it does every five years – various leaders making gestures and statements which other leaders then have to figure out. The Congress has made a beginning by doing everything it can to lose the one state it was sure of winning in 2022; Mayawati is still assessing whether “disproportionate assets” are preferable to votes, Akhilesh Yadav in UP has declared a premature victory (as in 2017) by announcing that he will go it alone, Naveen Patnaik will continue to bask in hockey glory till the BJP pulls the astro-turf from under his feet, Sharad Pawar may still strike a presidential deal with the BJP. The new trinity of Narendra Modi, Amit Shah and J.P. Nadda are not losing any sleep over these jaded shenanigans; it’s deja vu times again, they’ve seen it all before. The only novel factor this time is a recharged Mamata Banerjee, but it remains to be seen how long her batteries can last in the face of the lemming instinct that drives our Opposition parties.

To be fair to the non-BJP parties, however, they are running a three legged race while the BJP is roaring on all four. Over the last seven years they have been denied the space to function or to compete. The BJP has appropriated all the levers of administration, the flow of funds, the media narrative and instruments, social media and cyber space, parliamentary and legislative ecosystem. It even determines what constitutes truth and fact, to hell with the reality on the ground. It has achieved all this by means which are dubious, authoritarian, undemocratic, perhaps even illegal and unconstitutional. And if this status quo is allowed to continue, there is little chance of it being dislodged from power in the coming elections. To compete fairly, the Opposition needs a level playing field which just does not exist today.

This is where the role of the judiciary comes into play.

Most, if not all, of these encroachments on the Constitution and the democratic space are, prima facie, illegal and have been challenged in the Supreme Court and high courts. Unfortunately, they continue to linger there, conferring on the BJP a continuing advantage in elections. There are many such issues, but for the purpose of this essay let us just pick three of the most important ones.

The electoral bonds are a perversity of the highest order and have enabled the BJP to not only win elections but to also subvert Opposition governments in states which they have lost. They enable it to collect huge amounts of money without any transparency and to legitimise possible kickbacks. According to the latest report of the Association for Democratic Reforms, in the year 2019-20, the BJP received Rs 785.77 crore as donation, while five other major Opposition parties (including the Congress, Trinamool Congress and Nationalist Congress Party) received a combined Rs 228.035 crore. The BJP’s stranglehold on donations is further confirmed by the fact that 76% of all donations by electoral trusts were made to the BJP in the same period. The illegality of all this does not lie in the donations per se but in the complete shroud of secrecy that veils them – no one knows who has contributed how much and to whom, except the government! This by itself is enough to make all corporates and donors fall in line. The challenge to the electoral bonds has been inexplicably pending in the Supreme Court for the last three years.

Consider next the Unlawful Activities (Prevention) Act and the sedition law (Section 124A of the Indian Penal Code), two legislative weaponry utilised by the BJP to ensure that it wins elections. Democracy presupposes the open flow of information, the right to criticise the government of the day, the uncensored reporting of public facts. Without these there can be no fair contest between a ruling party and opposition parties. The BJP, by its ruthless wielding of these two pieces of legislation, has created an atmosphere of fear and intimidation that prevents journalists from honest reporting and the public from being able to access the true facts. Even someone complaining on social media about oxygen shortages is harassed, a journalist going to the village of a rape victim is booked under UAPA, even a Rajdeep Sardesai or a Vinod Dua are charged with sedition. We will not even mention the hundreds locked up in Kashmir for just being Kashmiris. What the threat of these two provisions of law does is that it chokes the channels of information to the public, who are then left with only the government narrative which is what the sold out mainstream media dishes out every minute of the day. These pieces of legislation too have been challenged, but continue to languish in the courts’ registries.

Pegasus is the latest concealed stiletto to be found in the government’s arsenal. All the evidence so far, and the government’s steadfast refusal to either give a categorical answer or to allow discussion in Parliament, or to order an investigation, only confirm the belief that it has bought the spyware, and has used it to serve the BJP’s political interests, not the country’s. The ramifications of this surveillance extend far beyond the invasion of individual privacy, they strike at the very foundations of our democratic edifice. All the organs of a democracy appear to have been targeted: the judiciary, the media, the Opposition, activists, even the government’s own representatives. The information gathered from such surveillance can enable the BJP to sabotage any opposition to it in an election and to coerce all institutions to toe its line – or else. At least nine petitions have been filed in the Supreme Court seeking a court-monitored investigation but the court is yet to issue a notice to the government.

There are other controversial decisions of the government which too are crucial in deciding the fate of the coming elections: the PM-CARES Fund, Citizenship (Amendment) Act, Article 370 and the reorganisation of Jammu and Kashmir, the implications of the Pegasus surveillance on the Elgar Parishad cases, the the new IT Rules, among others. All have been challenged but are pending adjudication and a verdict. The Rafale verdict by a now-discredited judge is crying out for a reinvestigation in the light of the latest revelations in France.

Any delay in pronouncing judgments on these matters benefits the ruling party as the status quo is in its favour. It further handicaps the Opposition and puts it at a disadvantage in any election. The public has a right to know whether the government’s actions are legal and legitimate, and the courts have a responsibility and duty to adjudicate on them with dispatch. Elections in a democracy must be fought on a level playing field, not one where one party has an enormous, dubiously acquired superiority in money, muscle and machinations.

Also read: In India, the Use of Pegasus Tells Us the Line Between State and Party Has Blurred

It is therefore in the larger interest of the country and democracy that our higher courts decide these cases well before the elections so that the voter can make an informed assessment of the legality of the government’s actions. This is not optional but a duty cast on them by the Constitution. For as Timothy D. Snyder, professor of history at Yale University, reminds us: “Democracy only has substance if there’s the rule of law. That is, if people believe…that there’s a judiciary out there that will make sense of things if there’s some challenge. If there is no rule of law people will be afraid to vote the way they want to vote.” The courts are not just an organ of governance, they are also part of civil society and have a stake in its civilised existence.