The home ministry, which oversees the border infrastructure, told a parliamentary panel that the government had spent a total of Rs 2,156.09 crore in fiscal 2019-20 on border projects. 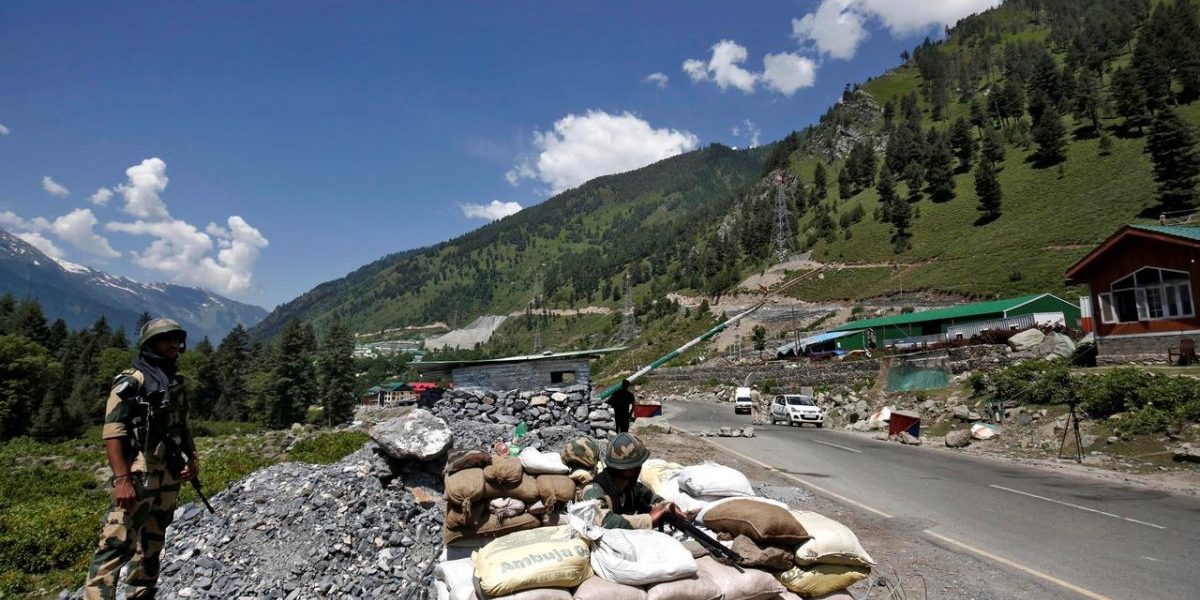 New Delhi: India is undertaking a “standalone project” in Ladakh to build a critical road along the border with China, the Centre has informed a parliamentary panel on home affairs, according to The Hindu.

Additionally, the Centre has also informed the panel that along the China border, the construction of 57 roads, construction and refurbishing of 32 helipads, development of 47 outposts and 12 staging camps for Indo-Tibetan Border Police (ITBP) along with the construction of 18-foot tracks in Arunachal Pradesh is currently underway.

The above information has been mentioned in the department-related standing committee report on demands for grants for the fiscal year 2021-22, which was presented in the Rajya Sabha on Monday, March 15. Congress leader Anand Sharma heads the committee.

Also read: How True Is the Claim that Modi Govt Is the Architect of the Border Roads Project?

India and China had been engaged in a face-off in various pockets in Eastern Ladakh since April 2020 after China had stopped Indian patrols in the Finger area of Pangong Tso. While Indian and Chinese troops disengaged from the north and south banks of Pangong Tso (lake) in February, the buildup continues at Depsang plains, Galwan and Gogra-Hot Springs.

Underlining that the ministry of home affairs is focussed on strengthening border infrastructure, home secretary Ajay Kumar Bhalla has informed the parliamentary panel that the government has already sanctioned Phase II of the Indo-China Border Road (ICBR-II) programme. According to the report, the said programme covers several roads, foot tracks and border outposts.

The standing committee panel held three sittings on February 16, 17 and 22 where MHA officials apprised the panel that there are 11 demands for grants administered by the home ministry.

Until November 2020, the total length of road laid along the China border stood at 538.50 kilometres, the standing committee report notes. The first phase of ICBR began in 2005 and MHA decided that it would lay 27 priority roads, totalling 608 km along the border with China. The construction of 25 priority roads of the first phase is still in progress.

The creation of 47 border outposts for the Indo Tibetan Border Police (ITBP) force, mentioned in the panel’s report, was sanctioned in 2014.

Ever since the India-China standoff, members of the government led by Prime Minister Narendra Modi have asserted that it is the current government that has been giving enough thrust to border infrastructure development. However, Amitabh Dubey writes in The Wire that:

“In his remarks on June 19 [2020](audible from the 4.50 minute mark onwards here), Prime Minister Narendra Modi asserted that his government’s border infrastructure improvements had strengthened India’s ability to deal with China’s intrusions. Pro-government voices picked up this claim in print and on TV, painting the Modi government as a pioneer in border development. This is motivated fiction.”