In Standing By Missionaries of Charity, Naveen Patnaik Reaffirms His Secular Outlook

While the Union government is going after Mother Teresa's organisation by cancelling its FCRA registration, the Odisha government has offered it money from the CM's Relief Fund. 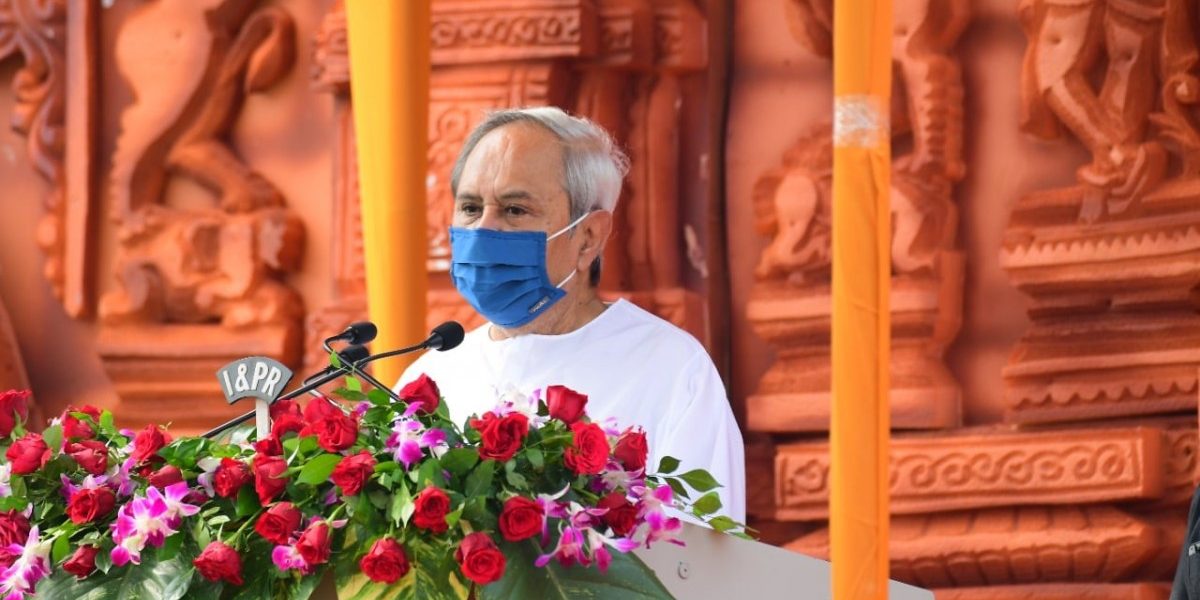 Odisha chief minister Naveen Patnaik, in his tweet on December 30, said that he instructed district collectors in the state to be in regular touch with organisations run by Missionaries of Charity (MOC) founded by Nobel laureate Mother Teresa, and ensure that no resident of their homes suffers especially from food insecurity and health-related distress. Funds from the Chief Minister’s Relief Fund can be used to alleviate their distress, he added.

Patnaik’s exemplary stand in providing funds from the CM’s Relief Fund is in sharp contrast with the decision taken by the Union home ministry on Christmas not to renew MOC’s Foreign Contribution Regulation Act (FCRA) registration, even though it was extended up to December 31 by the same ministry. While Patnaik took a concrete stand in favour of MOS, West Bengal chief minister Mamata Banerjee only expressed shock that on Christmas, the home ministry froze all of MOS’s bank accounts, leaving “22,000 patients and employees” of the organisation “without food and medicines”. She maintained that while the law is paramount, humanitarian efforts must not be compromised. Later, MOS clarified that its bank accounts have not been frozen by the Government of India and that it had advised its units not to operate bank accounts till the FCRA issue was sorted out.

The Odisha chief minister’s decision to reach out to MOS brings out his quiet approach in offering humanitarian and monetary services.

It is worthwhile to mention that the Utkal Sammilani, which spearheaded the struggle to establish the separate province of Odisha, was founded in 1903 by Utkal Gaurab Madhusudan Das, a legendary and well-regarded figure who converted to Christianity and went on to become president of the All India Christian Conference. He was firmly secular and never allowed issues of religion to be raised in the Sammilani, for he believed that any attempt to bring religion into a secular platform would divert it from its main goal of establishing the separate province. This historical backdrop is essential to understand the secular ethos of Odisha.

As per the 2011 census, there are 11.6 lakh Christians in the state’s four crore population. They thus constitute around 2.7% of the population and have got the status of the largest minority, followed by Muslims who constitute 2.17%.

In the riots that took place in Kandhmal district in 2008, Christians became the victims of targeted violence by Hindutva groups after the killing of Swami Lakshmananda Saraswati by Maoists. Many of them lost their lives and several churches were burnt and vandalised. A nun was raped and many women were victims of molestation. That tragic riot claimed the lives of many Hindus and tribals of the district as well. It was a blot in the history of the state, which is known for its religious pluralism and secular ethos.

At the time, there was a coalition government of the Biju Janata Dal and BJP in power, headed by Patnaik as chief minister. On that occasion, he made the famous declaration that every drop of his blood remained secular. In 2009, he snapped ties with the BJP and contested elections alone, sweeping assembly polls by securing 103 out of 147 seats. The BJP was pushed to the margins, securing only six seats.

Now in 2021, when the BJP-led Union government headed by Prime Minister Narendra Modi has not renewed MOC’s FCRA registration, Patnaik has stood by the organisation. This unmistakably brings out Patnaik’s compassionate approach in dealing with the Christian minority.

The BJP, in its 2019 election manifesto, declared that it remained “committed to the empowerment and ‘development with dignity’ of all minorities (Muslims, Christians, Sikhs, Buddhists, Jains and Parsis etc )”. It also blows its trumpet by repeating Modi’s “Sabka sath, sabka vikas aur sabka viswas” slogan. It is paradoxical that with such declarations about the empowerment and development of minorities, the Union has targeted the MOS by not renewing its FCRA on the basis of “adverse inputs”.

The recent attacks on Christians and churches in Karnataka and other states, particularly ones ruled by the BJP, exposes its hollow claim for the cause of minorities. There was not a single word of condemnation from the Union government on such attacks. In view of such assaults in contravention of the Constitution and the Indian Penal Code, the non-renewal of MOC’s FCRA registration affirms the continuing march of majoritarianism as the guiding force of the Modi regime.

Also read: As 2022 Begins, Make No Mistake That an Epistemic Shift Is Underway

In contrast to this, the BJD government, in spite of winning 113 seats in the state assembly in 2019, is guided by an inclusive approach towards public policies. Of course, the BJD has supported the passage of some of the Modi government’s Bills in both the Lok Sabha and Rajya Sabha. However, it has followed an inclusive approach at the state level and set an example for the nation. For instance Patnaik, apart from sanctioning a special package for transforming the Puri Jagannath Temple complex to a global heritage project, sanctioned, on February 28, 2020, Rs 23 crore for development of many other shrines across the state. Rs 1 crore each has been earmarked for the development of ten temples, five churches, six mosques, one gurudwara and one Punjabi mutt in the state.

Patnaik’s decision on the MOC affirm his commitment to religious pluralism and secularism, which are part of the basic structure of the Constitution. In doing so, he set a fine example of leadership at a time when the prime minister and other BJP leaders are silent on gruesome majoritarianism demonstrated by Hindutva leaders calling for arms, waging a war against Muslims and inciting genocide against them.