While municipal authorities threaten legal action if toilets are not constructed, beneficiaries lament that sufficient assistance has not been provided.

Kalu Ram and his wife display the Lalsot municipality's notice intimidating them to construct a toilet or face legal action. Credit: Shruti Jain

This is the first of a two-part series on Swachh Bharat Mission in Rajasthan.

Lalsot, Rajasthan: As the deadline for complying with the Centre’s directives to make the country open defecation free (ODF) nears, states are using every trick in the book.

With the Rajasthan assembly elections just around the corner, the ruling BJP is also looking to gain political mileage from the Swachh Bharat Mission. Since her tenure began in 2013, chief minister Vasundhara Raje has taken several initiatives to improve the state’s cleanliness ranking. She even brought forward the ODF deadline in the state to March 31, 2018, from the Centre’s mandate of October 2, 2019.

Subsequently, as per the latest data available with the ministry of drinking water and sanitation, all the 33 districts and 9,892 gram panchayats of Rajasthan are ODF (self-declared).

While Rajasthan has seen an exponential improvement in ODF ranking, questions have been raised over the method used to achieve the results. The public have apparently been intimidated into constructing toilets.

Also Read: How Is Modi’s Swachh Bharat Dealing With the Public Health Crisis of Open Defecation?

On November 1, the Directorate of Local Bodies in Rajasthan held a meeting to discuss the gap between the target and actual construction of toilets. Subsequently, the Lalsot Municipality released a list of 164 beneficiaries of the programme who haven’t constructed toilets despite receiving the first installment.

Speaking to The Wire, Surendra Meena, executive officer of the Lalsot Municipality said, “The list will be sent to the Lalsot police to register cases of ‘misuse of government money’ against the beneficiaries.”

Shrinarayan Mali from Bhakto ki dhani received the first installment of Rs 4,000, but hasn’t constructed a toilet. However, a make-shift bathroom using charpoi as a cover was constructed, only for bathing.

His wife told The Wire that the toilet wasn’t constructed because they did not receive adequate financial assistance.“We saw that our neighbours had to use their own money apart from the assistance of Rs 12,000. We don’t have any steady source of income. Our kids study in a private school and the burden of constructing a toilet would affect that,” she said. 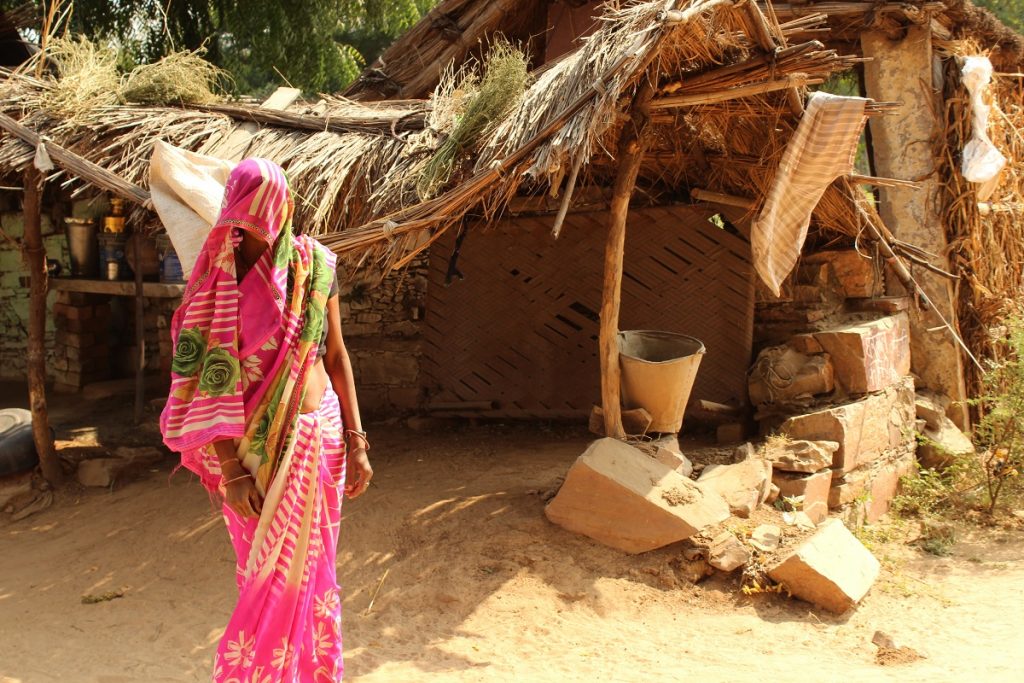 Interestingly, the list names beneficiaries who reside in dhanis (smallest conglomeration of mud huts in the arid zone of Rajasthan) that have poor supply of water.

Records available with the public health and engineering department in Deedwana show that the only water source for dhanis are hand-pumps. Till date, many do not have access to a pipeline, forcing inhabitants to carry water to their homes.

“As per the norms, one hand-pump is installed for 250 people. The pipelines have started to reach a few dhanis in Lalsot, but most are still dependent on hand-pumps,” a senior official at the PHED department told The Wire. 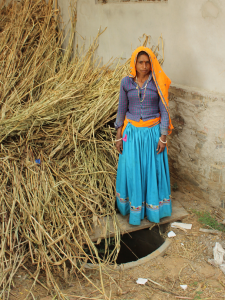 Kaniyalal Mali has a similar story. He began constructing the toilet last year, but abandoned it after the septic tank was built. “They give just Rs 4,000, but a septic tank’s cost goes up to Rs 10,000. How are we supposed to invest the additional amount? The administration should know poor families cannot afford it.”

In the absence of a piped water system, residents fail to understand how using toilets could be a hygienic exercise.

“Everyone tell us that defecating in toilets is more hygienic. But each time we use the toilet, it stinks, even after flushing a bucket of water. At least, open defecation keeps our homes hygienic,” said Mali’s daughter-in-law.

Making matters worse, people who have constructed toilets in Lalsot haven’t received their payment yet.

Kalulal had received several notices from the civic authorities to either construct a toilet or face legal action. He borrowed money from the panch, promising to repay it after he receives the government’s aid.

“The panch made all the arrangements, but we have received just Rs 4,000. We are unable to pay him back,” Kalulal said.

“When the authorities wanted us to construct toilets, they badgered us everyday. After they were constructed, the officials cannot be reached to ask for the pending payment,” Mangi Lal, who also constructed a toilet without receiving the complete assistance, told The Wire.

The Lalsot Municipality claims to have constructed 1,769 toilets as on November 3. It adds that assistance worth Rs 60 lakh hasn’t been transferred to the accounts of Swachh Bharat Mission beneficiaries yet.

Meena admitted that the administration had not paid some of the beneficiaries.“Our office hasn’t received money from the Jaipur Municipal Corporation. We have been sending them reminders since May,” he said.

All photos by Shruti Jain.