In One Month's Time, BJP Will Have No Muslim Representatives in Parliament, Assemblies

The term of the BJP's last MP in the Lok Sabha ended in 2014. It last had an MLA in any state or UT assembly in 2019 and its last Rajya Sabha MP is set to resign on July 7. 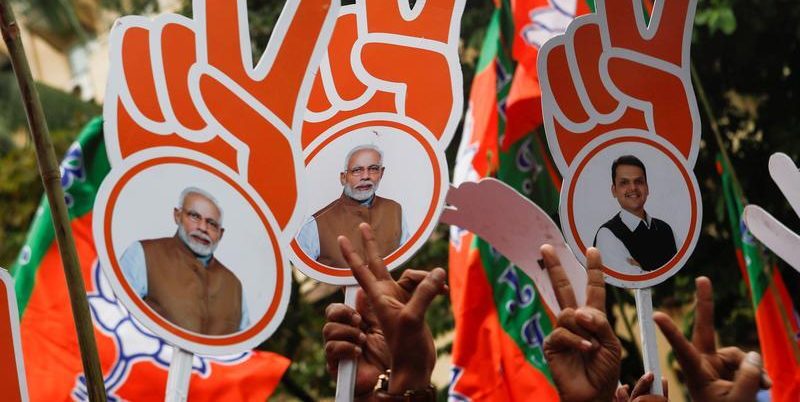 New Delhi: After July 7 this year, the ruling Bharatiya Janata Party (BJP), which claims to be the ‘biggest political party in the world’, will not have a single Muslim MP in either the Lok Sabha or the Rajya Sabha, nor will it have a single MLA in any of the 31 assemblies of the states and Union Territories.

India has a total of 4,908 seats in both houses of Parliament and all state and UT assemblies put together. The Lok Sabha accounts for 543 seats, the Rajya Sabha, for 245 and the remaining 4,120 come from the legislative bodies of the states and UTs.

The BJP currently enjoys a majority in the Lok Sabha as well as in 17 states and UTs, which makes the absence of any representative from the Muslim community reflect particularly poorly on the party which constantly evokes its slogan of ‘Sabka saath, sabka vikas‘ (‘support and development for all’).

Union minister Naqvi will be the last Muslim MP

The saffron party’s particular predicament is spurred by the fact that all three of its remaining Muslim MPs, all in the Rajya Sabha, are set set to retire soon.

The term of journalist and former Union minister M.J. Akbar, who resigned from his post in October, 2018 in the midst of allegations of sexual assault levelled against him by numerous women, is set to expire on June 29. Thereafter, BJP national spokesperson Syed Zafar Alam’s term comes to an end on July 4 and just three days later, the term of Mukhtar Abbas Naqvi, deputy leader of the house in the Rajya Sabha and Union minority affairs minister, ends on July 7.

With this, the BJP will have no Muslim MP left in either house of Parliament. Its last Muslim MP in the Lok Sabha was Shahnawaz Hussain, who had won from Bhagalpur in Bihar in the 2009 general election. 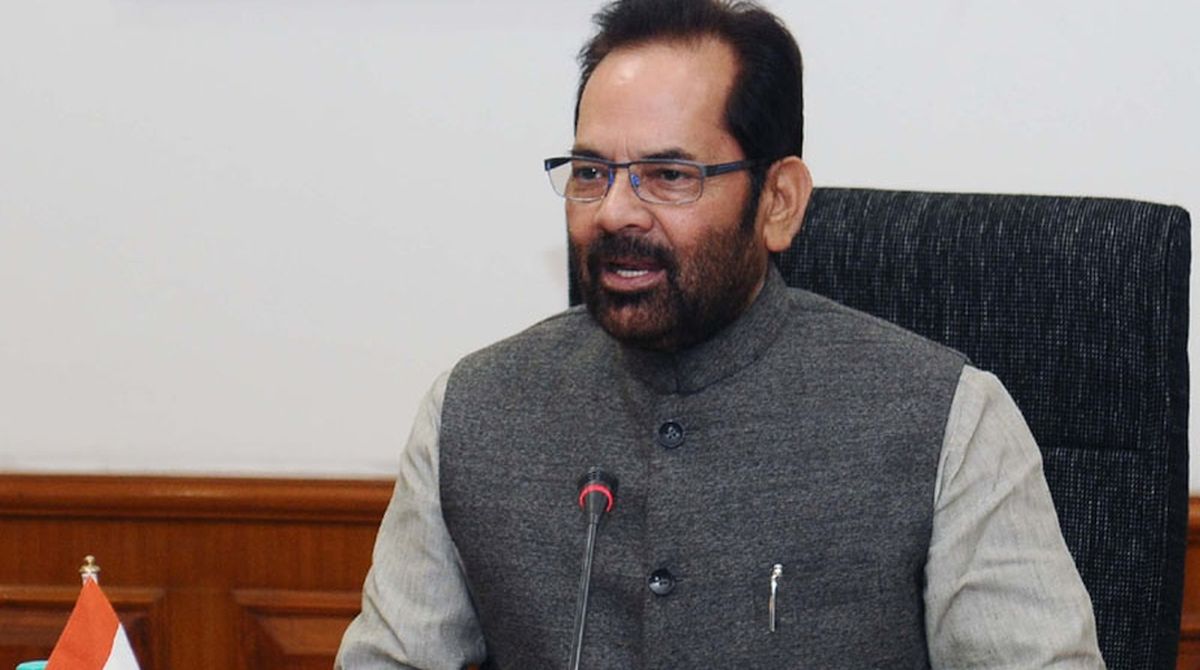 The Rajya Sabha term of Union minister of minority affairs, Mukhtar Abbas Naqvi., comes to an end on July 7, after which the BJP will have no Muslim MP or MLA in the country. Photo: PIB

While the Narendra Modi-led BJP, with its allies, managed to win a majority and form the government in the 2014 and 2019 general elections, none of the party’s Muslim candidates were elected to the Lower House in either year.

In 2014, the BJP had fielded seven Muslim candidates out of a total of 482. However, all of them lost, including Shahnawaz Husain, who was a sitting MP at the time.

In 2019, the saffron party had fielded six Muslim candidates – three in Jammu and Kashmir, two in West Bengal and one in Lakshadweep – but again, none of them managed to win a seat.

The successive poor performances of the BJP’s Muslim candidates can be explained in two ways:

First, most of them are fielded from Muslim-dominated constituencies and the Muslim community, irked by the saffron party’s radical, communal agenda, usually votes to ensure the BJP candidate loses.

As a former Union minister told this correspondent, “It is not that the BJP never tried to reach out to Muslims. It fielded candidates from the community but the support it received was meagre. So, over the years, many of the party’s leaders have started focussing on those outside the minority community for support.”

Also read: The Myth of the ‘Muslim Vote’

“If there is a 30% Muslim population in a constituency,” the former minister continued, “the BJP candidate knows that they have to try and get as many votes from the remaining 70% as possible in order to win.”

Moreover, many believe the party does not contest these seats with as much zeal as it does those in places which have a significantly smaller Muslim electorate.

In the 2014 elections, when the BJP first came to power under what was considered a ‘Modi wave’, the party as a whole managed to secure 31% of all votes. However, it’s Muslim candidates fared considerably worse than their non-Muslim counterparts.

No BJP MLA left in any of the states, UTs

General elections are not the only elections where one finds Muslims moving away from the BJP. The legislative assemblies of the 28 states and three UTs do not have a single BJP legislator at the moment.

Until a few years ago, the party had a total of four Muslim legislators in assemblies – one each in Jammu and Kashmir and Assam and two in Rajasthan.

Abdul Ghani Kohli had won from Kalakote in the Rajouri district of J&K in 2014 and was subsequently inducted as a minister in the BJP-PDP government. He is still with the party.

Yunus Khan had won on a BJP ticket from Didwana in Rajasthan in 2013 and subsequently became a minister in the Vasundhara Raje government. However, in the 2018 polls, he lost from Tonk to Sachin Pilot of the Congress.

The other Muslim BJP legislator in Rajasthan was Habibur Rahman, who had won on a party ticket from Nagaur in 2013. However, just ahead of the 2018 polls, he left the saffron party to join the Congress.

The last of the BJP MLAs from the Muslim community was Aminul Haque Laskar, who had won from Sonai in Assam in 2016. He later became the deputy speaker of the state assembly in 2019. However, in the 2021 elections, Laskar lost to Karim Uddin Barbhuiya of the All India United Democratic Front.

With mandir-masjid politics gathering steam after the assembly elections in five states early this year, and as BJP prepares for the next general elections, less than two years away, there appears to be no sign of rapprochement that may bring Muslims any closer to the saffron party.

On the contrary recent developments, including statements against Prophet Mohammad by two BJP spokespersons, would have only widened the chasm.

The fact that it took international condemnation of the episode from countries like Qatar and Kuwait for the BJP to act against the two spokespersons would also not have gone unnoticed. As such, the party may find it increasingly difficult to gain wider acceptance among Muslims.