In Nitish Kumar's Bihar, Rodents Are Blamed for Every Act of Corruption

These tiny creatures have been held guilty of graft not once, but thrice in the past ten months. 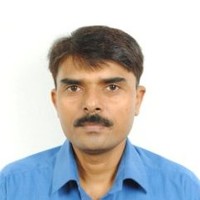 Patna: As tales of corruption in Bihar continue to make headlines at regular intervals and the needle of suspicion moves towards certain officials, some “ingenious” ones among them have found easy scapegoats in rats, which are being blamed for the “loot of public money”.

These tiny creatures have been held guilty of graft not once, but thrice in the past ten months of Nitish Kumar’s government that claims to have declared a “war on corruption.”

In Hindu mythology, a rat is considered the carrier (vahana) of the pot-bellied Lord Ganesha, believed to be “vighnaharta” or “remover of obstacles”. But officials in question are giving a new twist to the tale by treating the “vehicle” of Lord Ganesha as “vighnaharta” itself. Whistleblowers, however, smell a rat in such allegations which they see as a curious design by the corrupt to save their skins.

In a fresh incident, the sharp-teeth rodents have been blamed for missing/damage of huge consignments of medicines from the storeroom of a prominent government health centre, Nalanda Medical College and Hospital (NMCH) in Patna, the capital of Bihar. The hospital staff straightway pinned the blame on rats after empty bottles of cough syrups, saline water, sterile water for injection and other syrupy medicines were found in the storeroom.

“We found quite a few bottles of saline water, cough syrup, sterile injection waters and other emergency medicines in the hospital storeroom either emptied or damaged. We find it to be the handiwork of rats, who have developed a taste for syrupy medicines,” an unnamed hospital staff was quoted as telling the local media. Top hospital officials, though, are tight-lipped on the matter.

In September last year, too, rats were blamed for causing massive floods in Bihar. The rodents came under the fire from officials and ministers alike shortly after the Nitish government was caught unawares when floods unleashed massive destruction in north Bihar after embankments on Kamla Balan river breached, flooding a large number of villages and damaging standing crops.

“Seepage from the Kamla Balan river through the embankments that led to flooding of large areas was caused by rats. Rats are the main reason behind the floods in the state,” was what Bihar water resources minister Rajiv Ranjan Singh alias Lalan Singh told the media then.

Later, when the embankment of another mighty river, Gandak, breached in Bihar the same month, the poor rats were again blamed by the water resources department engineers, who also came up with the logic that it was not their job to tame rats.

Yet again, tiny rats were held guilty when a huge stock of around a million litres of expensive wine and beer was found missing from police storerooms. Around ten lakh litres of liquor was confiscated by the police and excise department sleuths during the extensive drive launched in the aftermath of Bihar imposing total prohibition in April 2016 but most of the seized stocks were found either emptied or damaged.

In May last year, Patna’s senior superintendent of police Manu Maharaj, during a meeting in his office,  enquired from the police about the status of the seized liquor stocks stored in police malkhanas (storerooms) and was in for a big surprise when a majority of the policemen blamed rats for destroying all the seized liquor bottles.

When he asked the policemen how these tiny creatures could guzzle such a huge stock of liquor, he was told, “Sir, using their razor-sharp incisors, they made holes in the caps of liquor bottles and drank the entire liquor stock”. This prompted the authorities to issue orders to destroy the rest of the stock of seized liquor by crushing them with road-rollers. 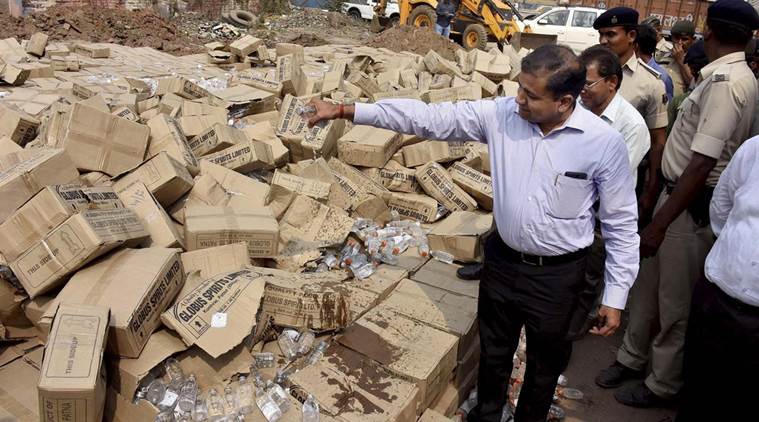 Around 10 lakh litres of liquor had been confiscated by the police and excise department sleuths after imposition of prohibition but most of the seized stocks were found either emptied or damaged. Credit: PTI Files

In Bihar, blaming rats for every act of omission and commission is a part of a serious conspiracy by corrupt officials to save their skins. “They know rats can’t speak in defence,”  said Shiv Prakash Rai, a whistleblower.

According to Rai, corruption has assumed alarming proportions during the last 13-year-tenure of the Nitish government. “Nitish Kumar has no control over the administration as officials are openly looting funds. Corruption is at its peak now,” he alleged.

Rai’s observations could be termed serious, given the fact that the Nitish government claims to have launched a massive crackdown on corruption by legislating a new law that gives power to the government to confiscate ill-gotten wealth and bungalows of the corrupt officials.

As part of the campaign, the state government has so far fired around 200 officials and confiscated the bungalows of at least six officials, two of them being a former director general of police Narayan Mishra and a senior Indian Administrative Service officer Shiv Shankar Verma, even as the government plans to confiscate the assets 21 corrupt officials soon.

The main opposition party in Bihar, Rashtriya Janata Dal (RJD), headed by incarcerated Lalu Prasad, however, has intensified pressure on the ruling regime accusing it of huge misappropriation of public funds. “Not a day passes when people in Bihar do not open newspapers or switch on TV expecting news of new scam. Nitish Kumar is a ‘Ghotala Babu’, he is ‘Bhishma Piatamaha’ of corruption,” alleges Bihar opposition leader Tejashwi Yadav, younger son of the RJD chief.

According to him, a series of scams have taken place in Bihar shortly after Nitish dumped the erstwhile ruling grand alliance (with RJD and Congress) and formed a government with support from the Bharatiya Janata Party (BJP) in July last year. “Embankment scam, Mahadalit scam, Toilet scam, Srijan scam, Indira Awas scam… the list is endless,” adds Tejashwi Yadav.

Manoj Chaurasia is a Patna based journalist.