IAS-IPS Turf Wars Are Not Good For Governance

India’s policy makers and the enlightened elements in the steel frame need to appreciate the gravity of the problem and understand the ramifications. 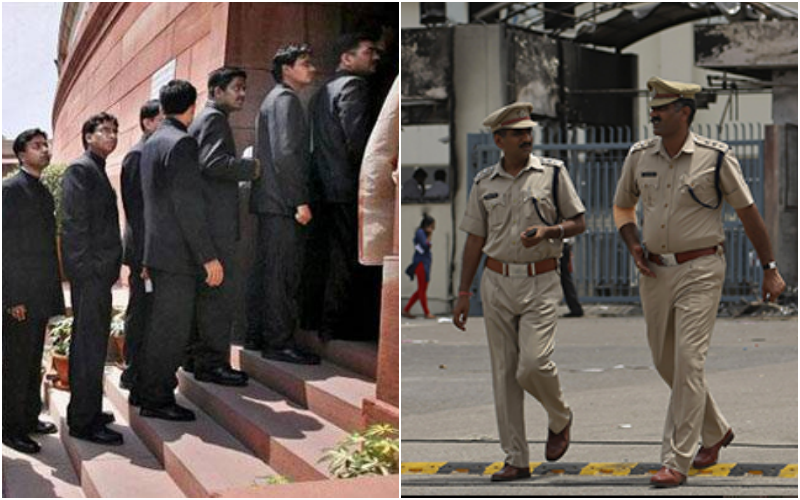 What is good for the IAS is not necessarily good for the country, and the same thing applies to the IPS. Credit: PTI

On September 7, 2017, Rajiv Kumar, the chief secretary of Uttar Pradesh, wrote a letter to district magistrates directing them to chair the monthly law and order review meetings in their respective district police lines to assess and analyse the law and order situation. As expected, the IPS community took offence at the letter, interpreting it as an attempt to dilute their authority in the police hierarchy and command and control in districts. Subsequently, again as expected, the UP police chief, who is on a three-month extension after his retirement was due in September and who realised just a few weeks before his retirement that the British police was far better than today’s in many ways, wrote to the home department expressing the grievance of the IPS cadre over the chief secretary’s communication, claiming that such a move would leave cops demoralised. Yet again as expected, the younger lot among the IPS feel let down by the older generation of police leaders.

The devil is smiling in the details. The September 7 order used the phrase “law and order review meeting”, not “crime review meeting”, as has been wrongly reported by various newspapers. Even reputed national newspapers have got it wrong. The IPS community panicked. There is a long history behind it.

Meanwhile, Rajiv told the Indian Express, “I do not recall any such recent circular. It might be some old order, resent by the home department.” Principal secretary, home, Arvind Kumar said, “There has been no such change in the existing system. While no fresh circular has been issued from the home department, I have come to know that Programme Implementation Department has issued a circular regarding priorities of the government including regular review of law and order”.

“The roles of the DM and SSP are well defined in Police Regulations and other relevant Acts. There is no intention of the government to modify those roles,” added Arvind. He said that the suggestions made and concerns expressed by the state DGP in his letter to the department following the chief secretary’s September 7 correspondence were under consideration by the state government.

The controversy created by the September 7 letter is the latest turf war between the IAS and IPS in the country. India’s policy makers and the enlightened elements in the steel frame – the IAS, IPS and the like – need to appreciate the gravity of the problem and understand the ramifications. Here are the specifics.

Two, in an age of specialisation and digitisation, the IAS can’t expect themselves to be experts on everything. A district magistrate holding a meeting of station house officers in the police lines on the pretext of reviewing law and order won’t be a Six Sigma management solution to the long-standing issues of lack of trust and mutual respect between the IAS and IPS, the two wings of every government. Criminal investigation is a law-mandated domain for the police. The 1973 Criminal Procedure Code is abundantly clear about this. The IAS will do well to remember that they have no locus standi there. The infamous Anil Goswami episode is too recent in public memory to be forgotten.

Three, there is a lot of bad blood between the IAS and IPS over issues like pay parity, promotions, central empanelment and avenues for deputation and foreign degrees and training courses. One doesn’t need to wait for the next pay commission report to understand the extent of acrimony between these two pillars of the steel frame. In the process, the systemic spleen and structural bitterness is sucking in much organisational energy as a matter of daily survival – as ubiquitous as breathing and as polluted as Delhi’s air. Even the younger lot in the IPS is not immune to self-doubts and the young entrants in the IAS are prone to professional machoism.

Four, there is something painfully similar to the way the IAS behave when it comes to the IPS and the way the IPS behave when it comes to their own constabulary and the cadre officers of the central armed police forces. There is a lot of living in bad faith involved in everyone’s conduct. The IPS have an association of their own. But are they comfortable with the idea of their constabulary forming an association to fight for their causes? Kerala has one. But what about others? The recent episode of an IG rank officer in the BSF deploying uniform-wearing constables to his daughter’s wedding venue in Chandigarh is the latest example of the colonial hangover the IPS. Of course, no IPS officer, serving or retired, will utter a word about this.

Five, the younger lot in the IPS have an extremely low opinion about how the older generations of police leaders have led their men and women. There is no point shooting the messenger. The IPS are under an obligation to set their house in order. Ultimately and always, the question returns to leadership. It is time for the IPS community to wake up to the relevance of leadership. The political economy of policing in India doesn’t submit to the constitutional ideal of rule of law. The seniors among the IPS need to ask themselves what they have done to redeem themselves in the eyes of their junior colleagues.

Six, if the IPS community believes a district magistrate has no business to poke their nose into crime meetings because it is a specialised area, they need to hold themselves accountable to the same yardstick of specialisation. A Keshav Kumar (Gujarat, 1986 batch) and a Mahesh Muralidhar Bhagwat (Telangana, 1995 batch) won’t be enough to save the IPS brand. The clique-based loyalty of the trade union variety won’t be of much use in a democracy. History is a witness.

In the history of independent India, the turf wars between the IAS and IPS are as old as unmanned railway crossings. And as dangerous, depressing and disgusting.

India’s civil servants – the IAS, IPS and the like – have been behaving like a family having a lazy weekend picnic on a railway track. “What is the nuisance? What is that screeching noise? Maybe owls.” They are blissfully clueless as to what’s about to happen to them. Turf wars won’t help them run an India that has 21st-century aspirations, with a 19th-century bureaucracy and its aura of entitlement using 18th-century laws. With or without their political clout.