Three states have no human rights commissions at all, while they are completely non-functional in two other states.

New Delhi: State human rights commissions (SHRC) across the country are facing acute shortage of staff as appointments are not being made. In ten states, even the post of chairperson of the commission is vacant. While three states have no human rights commissions at all, in another two states, they are completely non-functional. Appointments to the post of chairperson have been made only in 13 states.

This information was revealed in a report released by Transparency International India (TII), a non-governmental organisation working on issues of transparency and corruption. The report presents a detailed account of the status and functioning of the state human rights commissions.

According to TII’s report, SHRCs in Andhra Pradesh, Bihar, Chhattisgarh, Goa, Gujarat, Jharkhand, Maharashtra, Manipur and Meghalaya do not have chairpersons, while those in Himachal Pradesh and Telangana are absolutely non-functional. In addition, 16 of the 48 posts sanctioned for members (judicial and non-judicial) are vacant in 23 state commissions. At present, only 37 appointees have been confirmed.

Meanwhile, appointments have not been made for 286 of the total sanctioned posts for administrative jobs in the commissions. Several states refused to provide information in this regard. SHRCs in Andhra Pradesh and Goa have two posts for judicial and non-judicial members, both of which are vacant. In the absence of a chairperson, these commissions also seem to be completely inactive. The situation is similar in Chhattisgarh, which does not have a chairperson and another post is also vacant. Just one member has been appointed. In Gujarat’s SHRC, one post is vacant. Two posts are unfilled each in Uttar Pradesh and West Bengal, whereas one post each is vacant in Uttarakhand, Sikkim, Rajasthan, Maharashtra, Manipur and Meghalaya.

Arunachal Pradesh, Mizoram and Nagaland have no human rights commissions.

Besides the posts for chairmen and members, a large number of administrative posts are also unoccupied in human rights commissions across the country. The number of unfilled administrative posts is 41 in Bihar, 40 in Uttar Pradesh, 26 in Odisha, 24 in Andhra Pradesh, 23 in Tamil Nadu, 22 in West Bengal, 18 in Gujarat, 16 in Maharashtra, 11 in Goa, 10 in Haryana, 9 in Jharkhand, 8 in Rajasthan, 2 in Assam, 2 in Manipur and one Kerala. 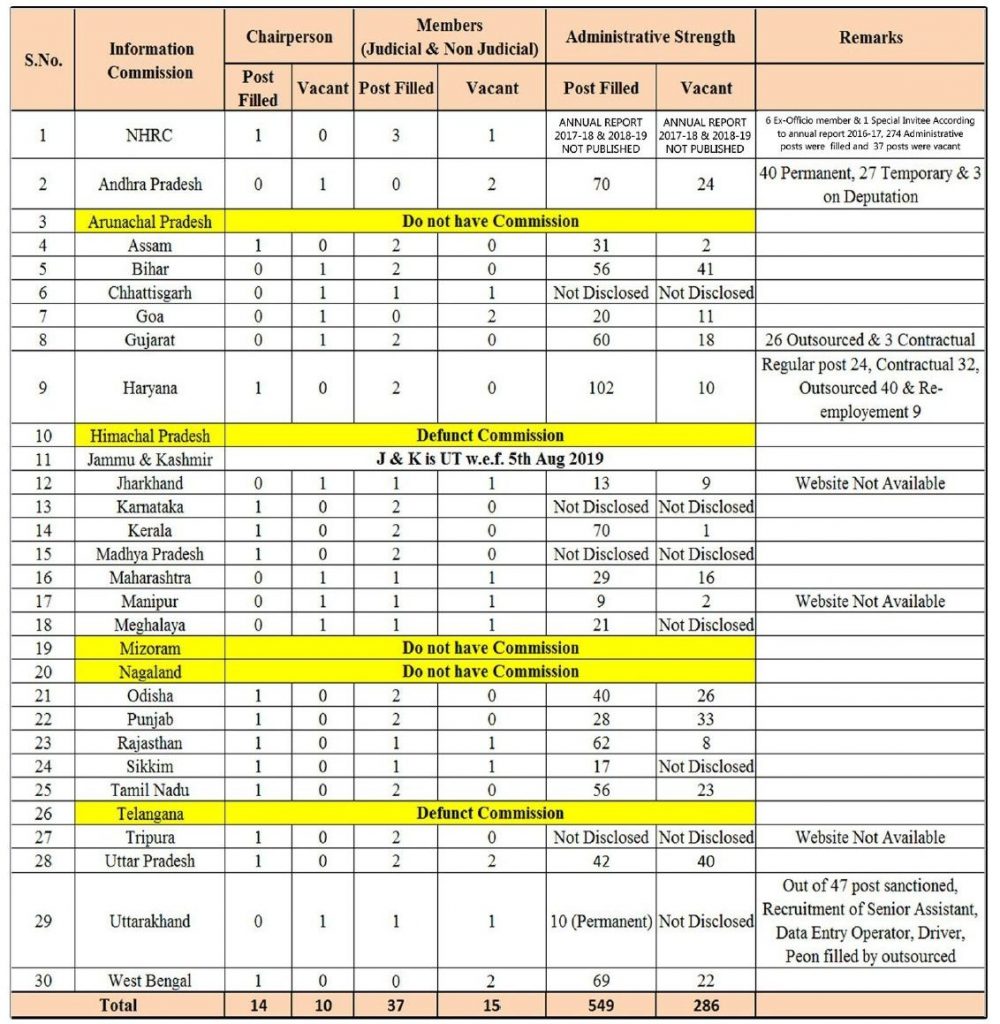 TII obtained this information through a Right to Information (RTI) application filed with commissions across the country. Chhattisgarh, Karnataka, Madhya Pradesh, Tripura and Uttarakhand gave no information regarding the administrative posts in the SHRCs.

National and state human rights commissions have been set up under the Protection of Human Rights Act, 1993. One member post is also vacant in the National Human Rights Commission (NHRC) but the commission did not disclose information regarding its administrative positions.

TII’s executive director Ramnath Jha said that the Human Rights Act was implemented to protect the dignity and self-respect of individuals and so that the country can move towards progressive changes. “This was a milestone law for the country. But if posts in the commissions across the country remain vacant, how can this objective be served? How can the human rights of people be protected?” he asked.

Status of complaints received by SHRCs 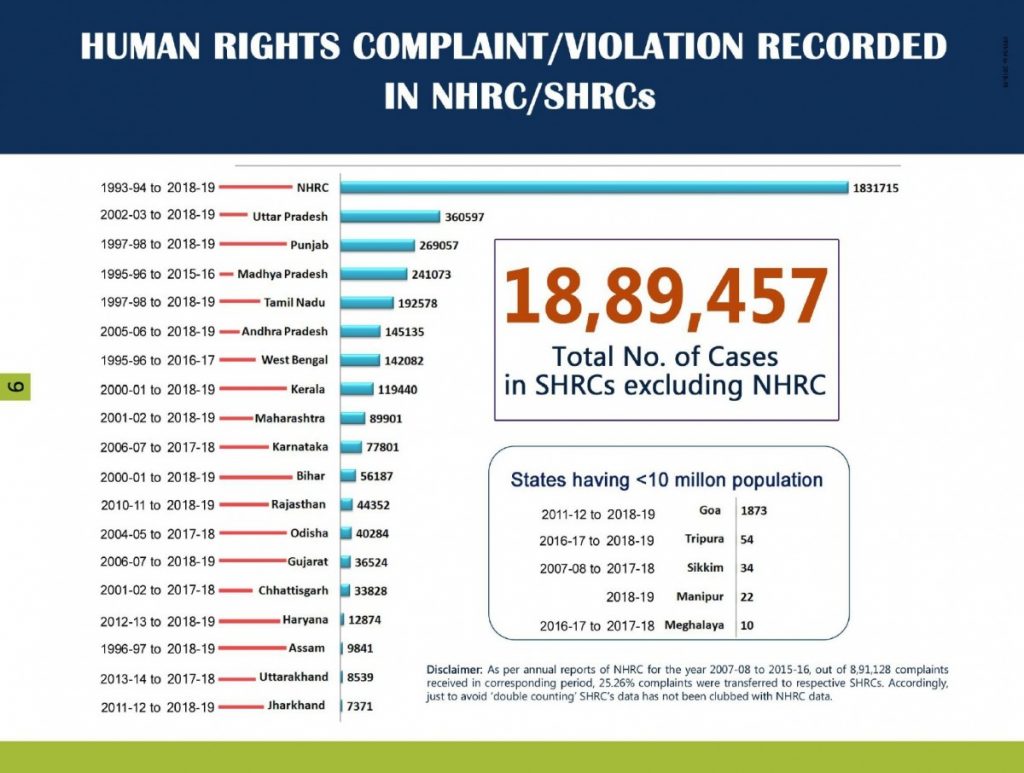 The Central and state human rights commissions also register cases of death in custody. Documents obtained through RTI applications reveal that the NHRC has so far registered 31,845 cases of custodial deaths.

Uttar Pradesh, Maharashtra, Chhattisgarh, Jharkhand, Karnataka, Meghalaya, Odisha and Sikkim did not disclose this information. The data obtained shows that the commissions are taking suo motu cognizance only in very few cases. The NHRC has taken suo motu cognizance in merely 1,067 cases so far.

The human rights commissions of major states of Uttar Pradesh, Madhya Pradesh, Maharashtra, Bihar, Chhattisgarh, Karnataka, and Odisha did not disclose the data in this regard.