How the Indian Government Helped Let GVK Biosciences Off the Hook 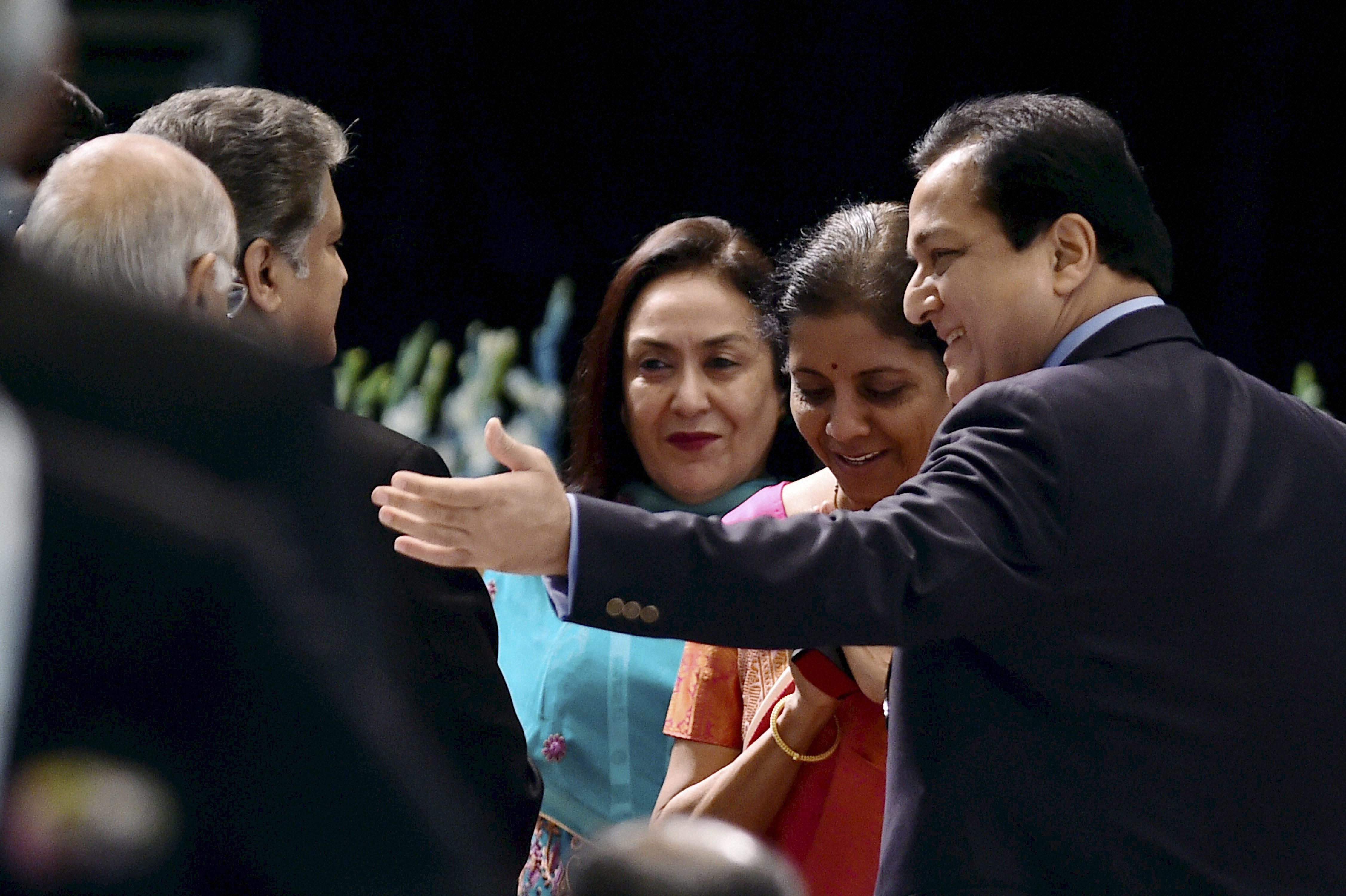 Whenever a foreign regulator raises a red flag on compliance issues at an Indian pharmaceutical company, the standard response of the pharma industry, Drug Controller General of India (DCGI) GN Singh and the Ministry of Commerce has been to dismiss the findings either by questioning the competence and integrity of the foreign regulator, or by portraying them as puppets of the western pharmaceutical industry.

For example in my case, where Ranbaxy agreed to pay $500 million in fines and penalties in the US, the press release put out by the Commerce Ministry stated, “Government has strong reason to believe that some of the spurious drugs detected in the international markets, alleged to be exported from India, are desperate attempts by other countries getting affected by the strength of Indian pharma industry.”

Such ad hominem attacks have been taken to an extreme in this latest case involving GVK Bio. Minister of State for Commerce & Industry Nirmala Sitharaman stuck her neck out to defend GVK Bio by announcing, on August 6, 2014, the suspension of the long pending talks on the Indo-EU Free Trade Agreement (FTA).

In her statement to Indian Express, she claimed that her decision was neither “unconsidered or an instant decision”. This is truly incredible because, according to a response received by my attorney under the RTI Act, the Government of India has not yet completed its investigation into GVK Bio. In his response dated October 26, 2015 — almost three months after Ms Sitharaman suspended scheduled talks on the FTA — the DCGI has stated that a copy of the investigation report into GVK Bio could not be provided since the investigation was not complete, and that under Section 8(1)(h) of the RTI Act, matters under investigation were exempt from the Act.

How then did Ms Sitharaman decide by August 6, 2014 that GVK Bio was in the right and the EU was in the wrong?

Even more surprisingly, in the same news report, the minister says: “What prompts the banning without even telling us the reason? After we decided to cancel the chief negotiators’ meeting, they sent a letter stating that this (the decision to ban) was a regulatory decision. This is not a regulatory issue; even if it were so, we deserve an explanation.”

Ms. Sitharaman’s claim is incorrect for two reasons. Firstly, the French regulator ANSM has made its detailed inspections reports of GVK Bio publicly available (I applied for and received copies of these from the agency). The preliminary inspection report dated July 18, 2014, of the investigation conducted in May 2014, is incredibly detailed and runs into 122 pages.

The specific allegation against GVK Bio was that its employees were using Electrocardiograms (ECGs) from one subject and substituting it for another. For example in one of the studies, five ECGs allegedly recorded for one subject were found to have entirely different characteristics and, on closer scrutiny, it was alleged that four of these ECGs were actually recorded from four other subjects. Similarly in another study, it was alleged that six ECGs were recorded from one subject and subsequently identified as belonging to five different subjects. The report notes that four of these ECGs were recorded within a period of 10 minutes.

The French alleged that ECGs were fabricated in all nine clinical trials that they inspected. A copy of the preliminary inspection report was given to GVK Bio, and it was given the opportunity to rebut these findings. On the basis of GVK Bio’s rebuttal, certain observations were withdrawn by ANSM in its final report dated July 21, 2014 — but the agency stood by its main findings regarding fabrication of ECGs and violation of Good Clinical Practices (GCPs).

In summary, the French agency has systematically given all necessary findings to GVK Bio before coming to its conclusions. The minister’s public comments do not square up with these facts.

The second issue with Ms Sitharaman’s stance is where she says the EU decision to revoke approvals for these drugs “is not a regulatory issue”. Unlike trade tariffs or IP agreements which are subject to bilateral or multilateral trade agreements, drug or food regulation is not considered a trade issue, and these aren’t covered by international treaties. Each country makes sovereign decisions in this regard. When Maggi was banned by India on safety grounds, would India have tolerated interference by the Swiss government because Nestle, the manufacturer, is Swiss? Ms Sitharaman’s comments raise the question of whether she was properly briefed by her own bureaucrats.

Independent of the minister’s comments is the issue of inappropriate and intemperate remarks by the DCGI GN Singh and by DG Shah, the spokesperson of the Indian Pharmaceutical Alliance (IPA). In The Hindu story on the GVK Bio whistle-blower, DCGI Singh, has been quoted as saying “One must understand that there is a bigger game being played out here. I have repeatedly stated that multinational pharmaceutical companies constantly use incidents like this to bring disrepute to Indian generic drug makers.”

The insinuation is that the French regulators were acting at the behest of multinational pharmaceutical companies. How does a bureaucrat representing a government body level such allegations without evidence? The revocation of approvals by the EU equally affected foreign companies like Abbot and Mylan, both US-based companies, since they too relied on GVK Bio for bioequivalence studies. How does this square with the DCGI’s intemperate assertion that the EU action was an international pharma conspiracy against Indian companies?

In similar vein, DG Shah, speaking on behalf of the IPA, has been quoted by The Hindu as saying “The banning of these 700 drugs merely on a suspicion of ‘manipulation’ of ECGs of healthy volunteers and without sufficient evidence was uncalled for. The inspector had erred, yet the Agency did not intervene, in spite of the error being brought to its notice by the government. It only leaves doubt about its intention.”

In a statement to Mint on August 6, 2015, Shah has been quoted as saying, “While the drug inspector sent by the French authorities claimed ECG (electrocardiogram) data of clinical trials were manipulated, the inspector was not competent to vet such data. It is only a cardiologist who can verify such data.”

The evidence in the ANSM reports categorically contradicts Shah’s claims. For instance, the ANSM report clearly states that cardiologists at the regulatory body were asked to confirm the findings of the inspector on the issue of fabrication of the ECGs, and that these cardiologists backed the findings of the inspector. Further, the credentials and competence of Olivier Le Blaye, the ASNM official who inspected GVK Bio, are beyond reproach. A cursory search would have shown Shah that Le Blaye was the one who first uncovered the fraud at Vimta Laboratories in 2004, as part of the WHO inspection which became the basis of my investigation into the wrongdoing at Ranbaxy.

Equally surprising is the nonchalant attitude of the establishment towards the issue of ECG fabrication. The feeling seems to be that ECGs at a CRO are not a matter of concern. The ANSM report concedes that ECGs are not pivotal to establishing bioequivalence, but the ECG data is still important to monitor the health of subjects participating in the bioequivalence study.

If anything, the ANSM observation on the ECG data was to protect Indian patients participating in these bioequivalence studies. Although such studies are relatively safe, things can go wrong, as was evidenced at GVK Bio in 2008 when a healthy 25 year old volunteer died in a Felodipine bioequivalence study. The DCGI announced an investigation into that death in 2008, but when my attorney requested a copy of their findings under the RTI Act, the Central Drug Standard Control Organisation (CDSCO) responded that the “file was not readily available”, and that the Delhi office was seeking relevant information from zonal offices of the CDSCO. We are yet to receive this report.

In addition to the ECG fabrication issue, ANSM raised a string of other issues relating to the manner in which GVK Bio was conducting these clinical studies – issues that made it difficult to detect any abnormalities. Other, more serious findings pertained to the breach of “informed consent”, since subjects recruited for these studies at GVK Bio were informed that ECGs would be recorded only at the beginning of the study. The inspection however found that ECGs were recorded four more times during the duration of the study. Aside from the question of why these repetitions were necessary, such repeat ECGs were not part of the study protocol, and violates informed consent. Although the Indian regulator may be lax about such issues, informed consent is at the core of GCPs in the rest of the world, especially the EU.

It is a sad commentary into the state of affairs that instead of examining whether GVK Bio had indeed falsified data for regulatory submissions to the CDSCO, the DCGI and the Commerce Minister prejudged the issue even before concluding their own investigation – which leads to the conclusion that it is business as usual for the Indian pharmaceutical industry.

The author is the Executive Chairman of Medassure Global Compliance Corporation.