How Not to Appoint a Lokpal

Under the leadership of the self-proclaimed chowkidar, an independent and credible lokpal has been sacrificed at the altar of short-term political gains. The pradhan chowkidar has the last laugh, having delayed the implementation of the Lokpal Act for most of the five years of his tenure, he has pushed through the appointments at the eleventh hour in the most non-transparent manner. Credit: Reuters 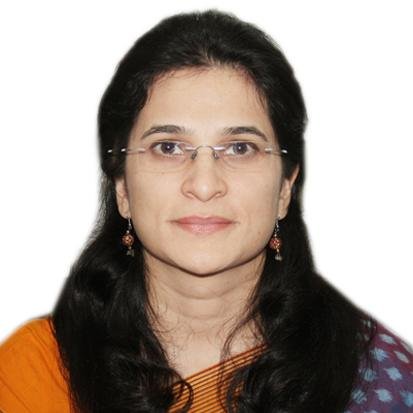 The Lokpal and Lokayuktas Act was passed by parliament and received the assent of the president on January 1, 2014. The law was enacted as a result of a strong public campaign demanding the setting up of an independent and empowered anti-corruption ombudsman, which would work without fear or favour to tackle cases of big-ticket corruption involving high level government functionaries.

The need for the lokpal stemmed from the lack of public trust in existing investigating agencies like the Central Bureau of Investigation (CBI), widely seen as caged parrots dancing to the tunes of the ruling dispensation.

After riding to power on the anti-corruption agenda in the 2014 general elections, it was expected that the Modi sarkar would take necessary steps to ensure prompt appointment of the lokpal in a manner that instilled faith in the institution.

Unfortunately, what ensued showed complete lack of will on the part of the current regime to set up a robust institution in keeping with the letter and spirit of the law. The government failed to take necessary steps to appoint any lokpal for nearly five years. Three weeks prior to the commencement of the 2019 general elections, when the appointment of the chairperson and members of the Lokpal has finally been made, the process of appointment has been completely compromised in at least two ways.

The first is by having a preponderance of government representatives and nominees on the selection committee responsible for recommending names for the position of chairperson and members of the Lokpal.

An important principle for ensuring the independence of institutions is that the selection committee responsible for making appointments to them should not have a majority of members from the ruling party. The Lokpal Act, therefore, provides for a balanced selection committee comprising the prime minister, speaker of the Lok Sabha, the recognised leader of opposition (LoP) in the Lok Sabha, the Chief Justice of India (CJI) or a judge of the Supreme Court nominated by the CJI, and an eminent jurist recommended by the four.

After the 2014 general elections, when no one was recognised as LoP, the Modi government had its task cut out – introduce a single amendment to modify the composition of the selection committee by substituting the recognised LoP with the leader of the single largest opposition party in the Lok Sabha. A similar measure was necessitated in other laws like the one governing the appointment of the CBI director, where the government promptly brought a simple amendment, which was passed by parliament.

Clearly showing its lack of will to implement the Lokpal Act, the government introduced a 10 page amendment bill, which, instead of limiting itself to amending the composition of the selection committee, sought to fundamentally dilute the original law. Given the controversial nature of amendments, the bill was referred to a parliamentary standing committee, where it languished and was never enacted.

The matter of non-appointment of the lokpal was then raised by anti-corruption and transparency activists in the Supreme Court, which in April 2017 ruled that the lokpal could be appointed  by a truncated selection committee without the LoP. Even then, no lokpal was selected and it was only after a contempt petition was filed in court that the selection committee headed by Prime Minister Modi finally met for the first time after 45 months of the BJP coming to power.

The PM, Lok Sabha speaker and the CJI appointed Mukul Rohatgi, who had served as attorney general during the first three years of the Modi regime, as the eminent jurist on the selection panel.

In what can at best be described as an act of tokenism, the leader of the single largest party in the Lok Sabha, Mallikarjun Kharge, was then invited to the meetings of the selection committee without being given any decision making powers. Not surprisingly, he declined to attend.

As a result, the selection committee for appointing the lokpal ended up with a majority of representatives with allegiance to the ruling dispensation, and therefore an inherent bias towards recommending candidates favoured by the government. This defeats the very purpose of the law.

“The Selection Committee shall regulate its own procedure in a transparent manner for selecting the Chairperson and Members of the Lokpal.”

However, in complete violation of the provision, it appears that no procedure has been adopted to ensure transparency in the manner of selection. The norms for short-listing candidates adopted by the search committee have not been made public. Further, in response to applications filed under the Right to Information Act, minutes of the selection committee meetings were denied to citizens – on the claim that minutes of meetings are secret information!

This lack of transparency is especially problematic, given that the truncated selection committee is working without the leader of opposition.

Unfortunately, by compromising the process of selection, the Modi government has undermined the institution of the lokpal even before it commenced functioning. In this way, the anti-corruption ombudsman has been afflicted with the same malaise as other agencies tasked with fighting graft. Under the leadership of the self-proclaimed chowkidar, an independent and credible lokpal has been sacrificed at the altar of short-term political gains.