How Have the Centre’s Food Distribution Schemes Performed So Far?

Food distribution under the PMGKY and Atmanirbhar Bharat package has been marked by delays. 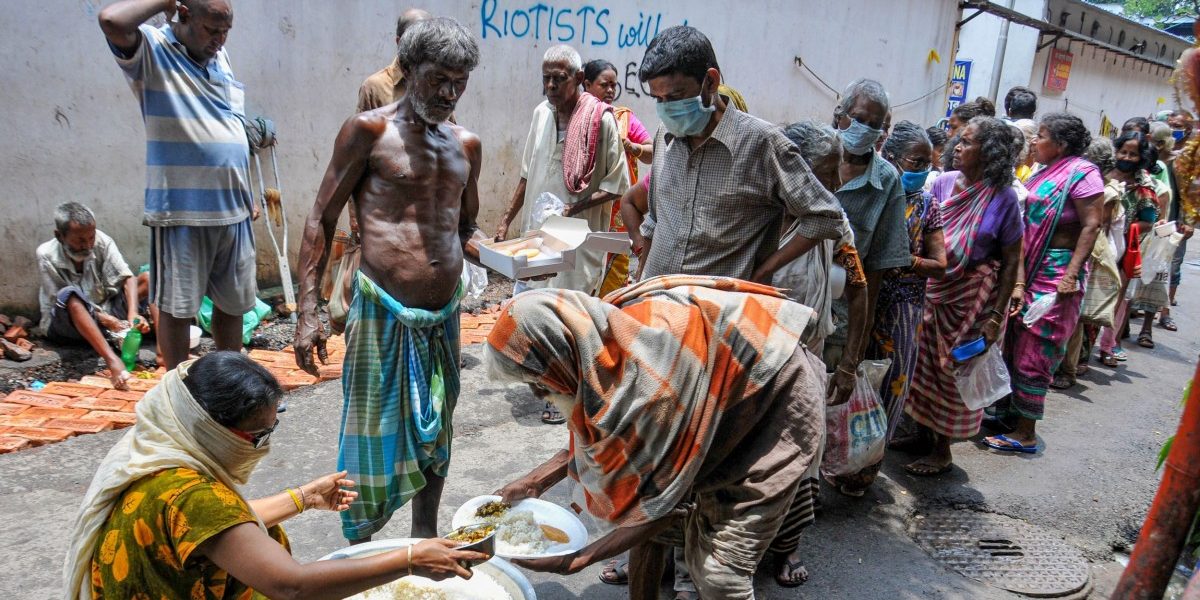 Volunteers distribute food among the needy in Kolkata. Photo: PTI

New Delhi: On Tuesday, Prime Minister Narendra Modi announced the extension of the Pradhan Mantri Garib Kalyan Ann Yojana (PMGKAY) till the end of November. Under the scheme, 800 million individuals who are beneficiaries under the National Food Security Act (NSFA), and whose names appear on a ration card, are entitled to five kg additional grain (wheat or rice) per month. In addition, one kg of pulses (chana) per month is to be provided to each ration card holding household (about 236 million).

So, if five members of a family are listed on one ration card, the family as a whole will be entitled to 25 kg of grain – five kg for each member – and one kg of pulses every month.

This scheme was first announced by finance minister Nirmala Sitharaman on March 26 for an initial period of three months – April, May and June. The provisions were made in addition to the five kg grain that ration card holders are entitled to under the NFSA.

Let’s take a look at how the two schemes have performed in the last three months.

As per a June 29 press release of the Ministry of Consumer Affairs, Food and Public Distribution (MCAFPD), the benefits of the two schemes have not yet reached all the 800 million people they were targeted at.

According to data provided by the ministry, 231 million individuals were yet to receive the five kg of grain they were entitled to in June with just a day to go before June ended.

The PMGKAY also includes the distribution of one kg pulses per month to all ration card holding households. The Centre insists that the pulses are to be distributed to 196 million households even though the total number of ration card holding households are 236 million as per the Centre’s National Food Security portal. Several requests for clarification from The Wire in the last three months on this discrepancy have not yielded any response.

In his speech, Modi did not mention the extension of these provisions under the Atmanirbhar package and also did not address the delays in reaching beneficiaries. States have put the delay down to a lack of a migrants’ database, which makes identification of beneficiaries under this scheme a challenge.

In a recent interview to The Wire, minister for consumer affairs, food and public distribution Ram Vilas Paswan also hinted at this problem. “The work of identifying those in need and distributing food to them is ongoing in all states,” he said.