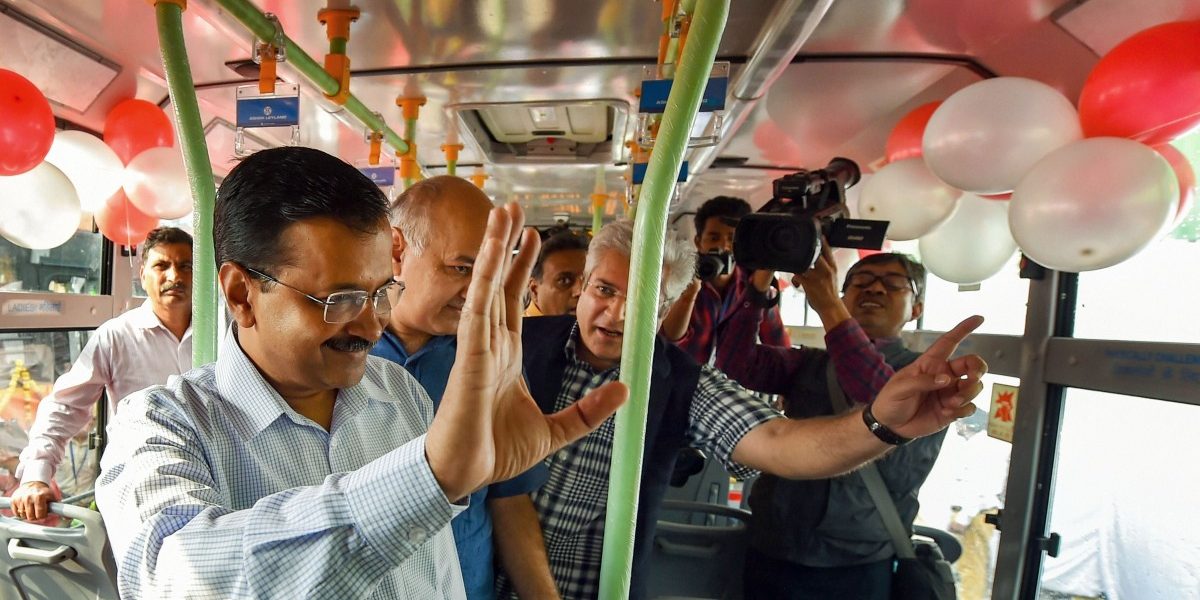 At a time when a structural crisis affects the management of Union-State finances, the recently-released ‘State Finances Audit Report’ of the Comptroller and Auditor General (CAG) offers an interesting story.

In particular, the performance of Delhi’s state government in managing its pre-existing fiscal deficit and public debt merits a closer examination as it supposedl flies in the face of the perception that the Arvind Kejriwal government is fiscally profligate.

This is indeed a decent achievement, given how much the Delhi government has done to help improve the face of government services across the state over the last five years.

The Arvind Kejriwal government, when elected, was criticised for a having ‘populist’ agenda and providing basic welfare amenities for ‘free’. Critics also rightly raised concerns how this might cause a subsequent negative effect on the state’s fiscal balance sheet. However, for the period of 2013-14 to 2017-18, the percentage of public debt to GSDP (Gross State Domestic Product) for Delhi in fact reduced from 7.23% to 4.89% with no debt-aligned receipts being used to pay for the state’s revenue expenditure.

Now, in recent statements, the Bharatiya Janata Party (BJP) has claimed that the Delhi government has drastically loosened the purse strings after March 2018, with leaders from the ruling party at the Centre alleging that the fiscal deficit per capita has “increased 55 times in the last two years as compared to 2017-18 levels”. This is true to a certain extent, with Delhi’s fiscal deficit for FY 19 (RE) hitting Rs 689 crore, and the budgeted fiscal deficit for FY’20 even higher.

Nevertheless, why is the Kejriwal’s government success in maintaining good fiscal management so remarkable? And, what does Delhi’s governance model offer for rest of India?

A closer study of India’s current macro and micro economic scenario tells us how difficult it is for states – which are affected by shortfalls of GST revenue, leaving them with limited fiscal capacity – to increase expenditure for social services and still maintain their fiscal deficit and public debt levels. The debt-to-GSDP ratios of almost 20 states have already crossed 25% mark, with Uttar Pradesh (39.9%) and Punjab (38.1%) having the highest rates.

Here, Delhi’s fiscal prudence, public-debt management and governance priorities (towards social sector spending) offers a good model for not only other states to reproduce, but a key learning lesson for the Union government as well, which has already breached its 3.3.% fiscal deficit mark identified for 2019-20 and has also cut down on funds for priority areas of funding in social services.

Let’s look at education as an example.

When the BJP released its 2014 and 2019 manifesto, revitalising the higher education landscape appeared to be part of its core commitments to make India a ‘knowledge superpower’. The committee entrusted with the finalisation of National Education Policy (NEP) has already missed its fourth deadline by now while the Narendra Modi government, for worse, has rather reduced allocation of funds (from 4.61 in 2014-15 to almost 3.17 % in 2018-19), and doing so at a time when India’s higher education performance in comparison to international rankings (or standards) continues to plunge.

Delhi’s governance model under AAP, despite these cuts, was able to overcome some of these shortcomings by announcing a 106% increase in government allocation on education in its very first budget. The increase in funds have allowed government schools across Delhi to construct over 8,000 new classrooms and more than 12,000 classrooms have been upgraded with new amenities (for laboratories, conference facilities etc). Efforts have been taken to improve the in-class performance of teachers and staff, including an exercise of sending more than 200 teachers to receive pedagogical training at the National Institute of Education in Singapore.

Similarly, in healthcare too, AAP’s experiment with establishment of mohalla clinics appears to have worked for the benefit of those finding it difficult to get affordable treatment that doesn’t require hospitalisation in an otherwise heavily privatised (deeply exploitative) medical landscape across Delhi. There are currently over 300 Mohalla clinics where more than 212 lab tests, diagnostics, generic medicines are provided free of cost.

While this may be a small number and might only be addressing a small portion of actual healthcare recipients, the mohalla clinic model, as against the Ayushman Bharat model, targets more at providing affordable treatment than focusing unilaterally on an insurance-based system. Even for hospitalisations, the Ayushman Bharat insurance plan is means-focused (being applicable for the poor), whereas in Delhi, any state-resident who cannot get a procedure done within 30 days at a government hospital can receive cashless treatment for over 1,100 procedures at ‘empaneled private hospitals without any insurance intermediary’.

A healthcare strategy that singularly focuses on providing insurance relief as against improving the existing healthcare-infrastructure for those in the poor and lower-income category may do very little to actually address the key structural concerns in India’s healthcare system (see here).

At a national level, realising how the Gujarat model has somewhat failed in its economic development strategy thus far, the ‘Delhi model’ gives a small ray of hope for the Modi administration in 2020 to tie its pro-growth policy focus with a welfare-driven spending model while maintaining fiscal prudence.

Even though national-level political announcements for ‘Jal Shakti’, ‘Ayushman Bharat’ and ‘Swacchh Bharat’ echo a welcome tone, many of these may do little in resolving broader concerns underlying these schemes on the ground, considering how most of these problems remain connected with the functioning of bureaucracy in areas of healthcare, education, affordable housing, sanitation at the state-level. Many of the barriers in ensuring better quality of these services are endemic to state-specific concerns and may need to be addressed at that level itself.

For state governments to be effective at this, they requires sufficient fiscal space and operational autonomy from the Union government which must strongly advise, monitor and safeguard basic services to ensure consistent delivery for longer-term human capital returns, just how Delhi has been able to do this in the past few years.