Fear of unemployment, reduction in aid for poor and marginalised communities grows as Centre continues its clampdown on foreign funding for NGOs. 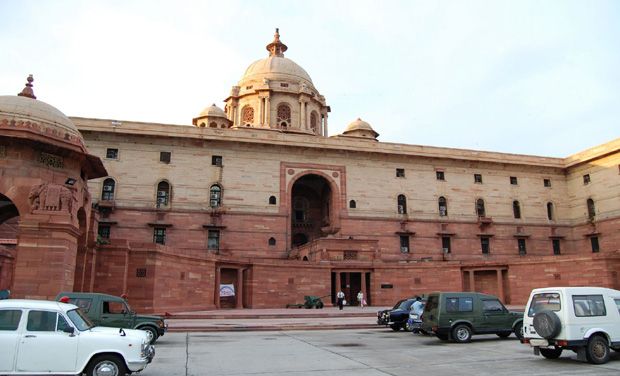 New Delhi: The Centre has cancelled the Foreign Contribution Regulation Act (FCRA) licences of about 20,000 of 33,000 NGOs after they were found to have allegedly violated various provisions of the Act, thus barring them from receiving any foreign funds.

Earlier this year, in the wake of the crackdown on the Ministry of Home Affairs against certain NGOs in July, Mathew Cherian, chairman of the Voluntary Association Network of India – the largest federation of NGOs in the country – had lamented that the quantum of funding for NGOs had dropped sharply from Rs 13,600 crore in 2013-14 to Rs 7,600 crore in 2014-15 (the figures for 2015-16 were yet to be compiled at the time).

He had also noted that this decline could have a major impact on the employment of about 12.7 million people working in the 1.2 million NGOs that have given the country several things ranging from the hand pump to laws that led to the Right to Information Act and the Right to Education Act.

“There are many NGOs doing a great service to this country, but this government has started creating a non-enabling environment. They began with FCRA and they have continued with tightening the tax laws,” he had noted.

The pain appears to have only grown since as the government clampdown on NGOs, which began last year, has continued unabated. During a review of the Foreigners Division of the Ministry of Home Affairs on Tuesday, a presentation was made before home minister Rajnath Singh in which it was pointed out that 20,000 NGOs have been barred from receiving foreign donations.

In the presentation, it was also revealed that the FCRA licences of 16 NGOs were renewed under the “automatic” route and of these, 14 NGOs have been put under the prior permission category while papers of the remaining two were under examination.

As per the FCRA, if an NGO is put under prior permission category, it is barred from receiving foreign funding without first taking permission from the home ministry.

Incidentally, earlier this month, a large number of civil society organisations and members had come together to unequivocally condemn the present use of the FCRA as a “tool of repression” by the current government and expressed their solidarity with the 25 organisations whose FCRA renewal applications were at the time rejected by the MHA.

The signatories to the statement, which included several organisations like Amnesty International India, Greenpeace India, TARSHI Delhi, the Delhi Drug Users Forum, Centre for Social Justice, as well as a large number of individuals, had criticised the manner in which the legal procedures were being abused vis-à-vis the FCRA and had charged that “the state is following a systematic and sustained agenda of suppressing those very dissenting voices that have consistently challenged the system.”

“The current FCRA registration refusals,” the statement said, “are the most immediate example of this escalating problem, whereby the government maligns and criminalises those very organisations and individuals that stand for human rights and liberal values. Those who have worked for the most marginalised and disempowered sections of society, while holding the government to account are being persecuted by the state.”

In this regard, the statement had also mentioned that while no official list of the organisations whose licences have been cancelled has been made available by the ministry, it has been learnt through media sources that Lawyers Collective, Compassion East India, Centre for Promotion of Social Concerns (People’s Watch), Sanchal Foundation Hazards Centre, Indian Social Action Forum and the Institute of Public Health, Bengaluru, were among the 25 NGOs on this list.

Earlier this year, civil society groups had accused the Narendra Modi government of blocking aid flowing to the marginalised communities by targeting NGOs.

They had charged that with FCRA licences of 10,557 NGOs being cancelled last year and many more being issued suspension orders or cancellation notices, the Modi government had created a non-enabling environment for inconvenient organisations and for blocking crucial aid that was going to some of the most marginalised sections of the society, in particular, the Dalits and the tribals.

As Paul Divakar of National Campaign on Dalit Human Rights had pointed out, “The state has failed its responsibility to support the real democratisation happening at the community or panchayat level. Tribal and Dalit budgets are diverted. As much as Rs 37,000 crore for Dalits and Rs 17,000 crore for tribals are diverted every year.”

“Today we are a nation because of the strength of the civil society that is contributing to these areas. It was only in the last decade that they began getting some funds from abroad but now these restrictions would again come in the way. We say we are the largest democracy, but please let that democracy reach the communities, which are on the margins.”