Sajad Ahmad, who was killed in an encounter in Budgam last week, went underground on June 29, had been making regular court appearances till then. 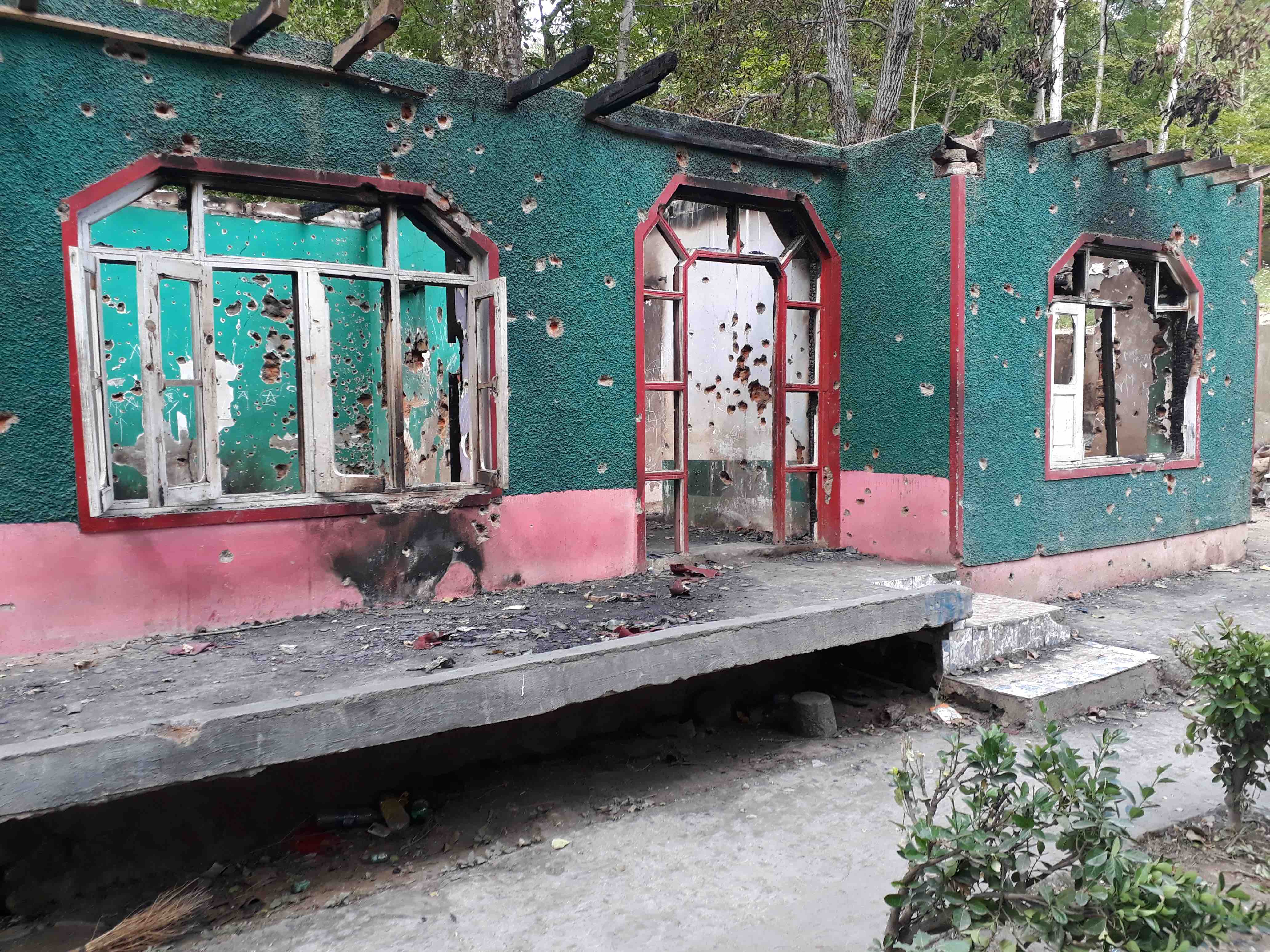 The ashen walls of the house in Redbugh village of Budgam district in Jammu and Kashmir where the militants were killed. Credit: Mudasir Ahmad

Srinagar: When the news about an encounter in central Kashmir’s Budgam district broke on the evening of July 11, Nazir Ahmad Gilkar of Nowhatta in downtown Srinagar received a call from an unknown number on his mobile. “I am trapped…I may die, I want to talk to mouj (mother),” the voice on the other side said.

A mason, Gilkar recognised it was his son Sajad Ahmad, who had gone missing on June 29 and joined a group of militants. But away from home, at work in Pulwama district, he couldn’t fulfil his son’s wish. Restlessness took over him and he left for home. By the time he reached Nowhatta, a hub of pro-azadi sentiment in Srinagar, late in the evening, people had already started to gather outside his home. The family prayed for the entire night, hoping against hope for any good news. But that wasn’t meant to be.

Next morning, the encounter ended with the killing of Sajad and two other militants who were holed up in a house in far off Radbugh village.

In the evening, the Jammu and Kashmir police issued a statement saying Sajad had played a “key role” in the lynching of police official Mohammed Ayoub Pandith outside the Jamia mosque in Srinagar on June 23, an incident that had shaken the entire valley.

The police statement held him responsible for at least four grenade attacks on security forces in different parts of the summer capital from April this year.

The family has however contested the allegations, saying the police was falsely linking their son to various cases “under pressure”.

‘They are lying… Why didn’t they arrest him all these months?’

Whatever the veracity of the latest official statement, this much is clear: Police records say that Sajad was a “chronic” stone-thrower and a frequent participant in the protests. His family also does not contest this fact.

Nor is there any dispute about the fact that he finally joined the ranks of the militants after running away from his home two weeks ago.

Since 2008, when Kashmir witnessed its first major civilian uprising in recent years, the police had booked Sajad in at least 14 cases involving the throwing of stones on the security forces and had detained him under the Public Safety Act on three occasions, according to his younger brother Murtaza Gilkar.

The last time he was arrested was days before the killing of Hizbul Mujahideen commander Burhan Wani in July 2016. He was sent to Kot Balwal jail in Jammu before his release in last week of January this year, Murtaza said.

“He would participate in protests, but who doesn’t in Kashmir,” Murtaza responded to a question at his Nowhatta home.

But ever since his release in January, Sajad had become a “changed person”. “Along with his friend Sameer Khan, he had hired a space in Jamia market and set up a shop to sell different items including garments,” Murtaza told The Wire, adding that his brother continued to sit at the shop even after the June 23 lynching incident, rebutting the police statement that Sajad had gone underground soon after the police official’s killing.

A day before Eid, on June 25, and two days after the lynching incident, Murtaza said that he too helped his brother at the shop till late evening due to the rush of customers.

“We were there the whole day. Then, at around 9 pm, after finishing dinner at home, Sajad went out with his friend (Khan) to the market. But they were whisked away by police. Sajad was let off late in the night but not before he was thrashed severely. His friend is still under arrest,” said Murtaza.

A day after the lynching, on June 24, Sajad’s father recalled that the police had raided their locality. “Whenever there was any incident in the area, the police would first raid our house. That night too, we thought they had come to harass my son. He (Sajad) went out to open the door. But a police official told him that they were looking for another boy from the locality and not him,” recalled Gilkar.

From May to the end of June, Sajad had attended the court proceedings at least seven times in different cases of stone-throwing, said one his cousins, denying that Sajad had gone underground.

“If he was involved in all these cases, why didn’t the police arrest him all these days – before he went missing? Why was he allowed to go when his friend was arrested and why didn’t they pick him up when they raided our locality a day after the lynching,” asked Murtaza. “The police is now fabricating lies to implicate my brother in these cases.” 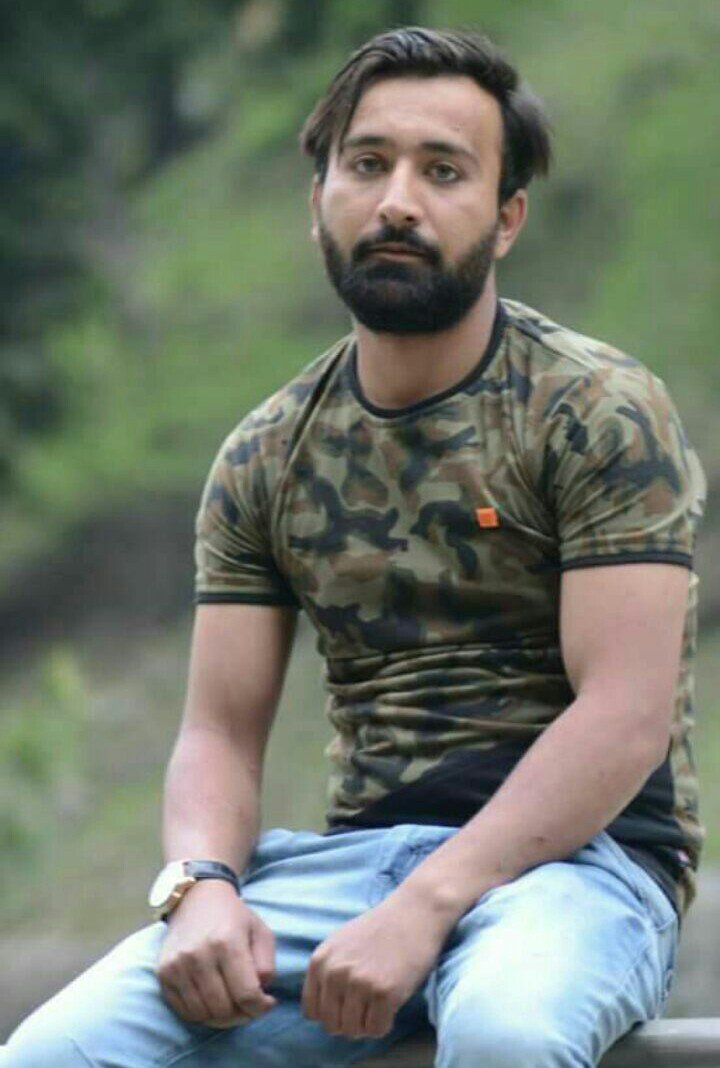 Senior lawyer Mir Shafaqat Hussain, who represented Sajad in his stone-throwing cases at the lower court, confirmed that Sajad came to court on June 29, the day he went missing.

According to Hussain, Sajad was facing stone-pelting cases dating back to 2010, 2011, 2012 and 2016. Only one case was registered against him in 2016, prior to the summer uprising that was triggered by the killing of Burhan Wani.

“But there was no case against him from July 2016,” said Hussain, who has been fighting cases of youth accused of involvement in stone-throwing free of cost.

“Sajad was running a shop outside Jamia mosque. He was there to be arrested had he been involved in grenade cases or the lynching of the police officer. Why didn’t police arrest him then?” asked Shafaqat. Besides, Sajad was regularly appearing in court from January this year when he was released. “They could have arrested him there as well. There are too many flaws in the police statement,” he said.

Curiously, the superintendent of police (operations) Javaid Iqbal has also contradicted the official police statement issued after the encounter in which Sajad was killed.

“We have not confirmed that he was involved in these militancy-related attacks but have mentioned in the records that he was suspected,” Javaid told a local newspaper, Kashmir Reader. “He was suspected as one can’t become a militant overnight without working for militants and providing them logistic support.”

A militant for 13 days

Sajad and his two associates, Aqib Gul Dar and Sheikh Tazaful Islam, were killed in a joint operation by the J&K police and the army’s 2 Rashtriya Rifles. While Sajad lived a militant’s life for 13 days, Dar joined the Hizb’s ranks 18 days ago. Islam, on the other hand, left his home in March this year.

The slain militants, who, like the new age rebels in Kashmir, had taken up militancy after undergoing rudimentary arms training, were killed by the security forces without facing any resistance or damage.

However, Sajad’s family denied having received any request from the police to persuade their son to surrender. “We were asked by the police only the next day to take his body for burial from the police control room,” said Gilkar.

“My brother wanted to move on but the police kept harassing and torturing him on one pretext or the other till he was left with no choice but to join the militants,” said Murtaza. “I know my brother. He didn’t choose the gun out of his own will, but the police created the circumstances for him by constantly harassing him and frequently beating him for no reason.”

At the site of the encounter, the ashen and smoked walls of the one-storey house tell the tale of devastation its residents have gone through. Along a stream that separates their house from rest of the village, the family, including five daughters and a son, are now staying in a tent.

“We had recently painted our house. My sister was getting married next month. Her gold jewellery, new clothes…everything including household items got reduced to ashes,” said one of the daughters of Mohammed Ramzaan Mir, the house owner.

The family members and villagers said they “didn’t hear” the forces offering the militants any opportunity to surrender. “They (militants) came and asked (us) for water. Within five minutes, the forces had laid a cordon. We left quickly. The police did not allow us to take anything along, and assured us there would be no damage done to the house. Look what have they done to our lives now,” said another daughter of Mir.