'Historians Only Focussed on Mughals; Time to Write Our Own History': Amit Shah

The Union home minister's comments on rewriting history come against the backdrop of several reports claiming the 'saffronisation' of school and college curriculum. 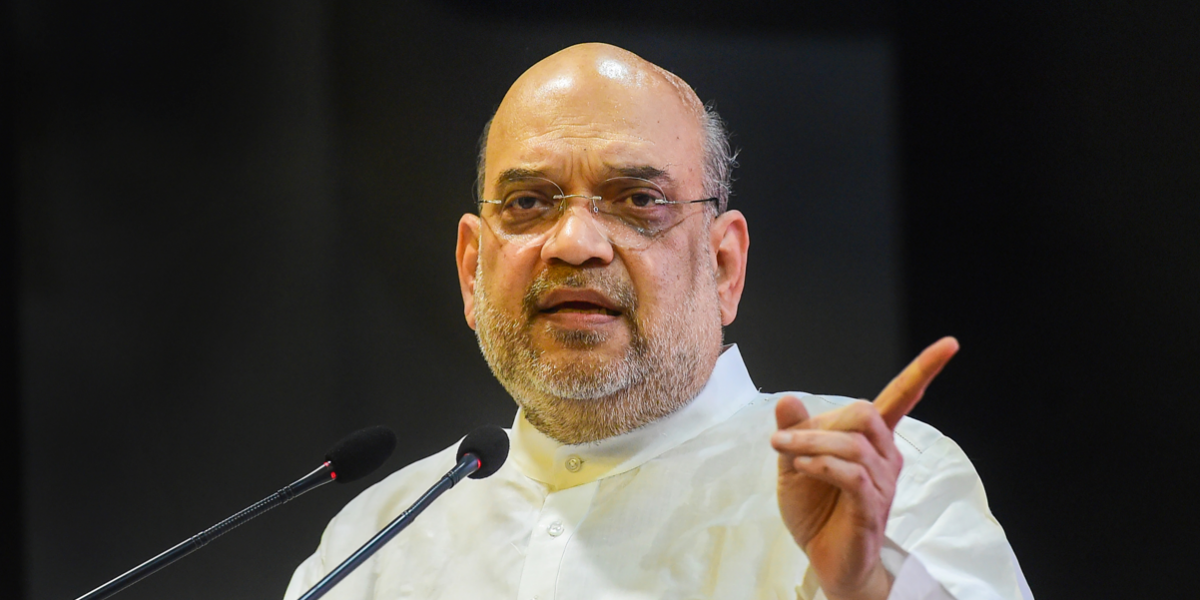 New Delhi: Most of the historians in India have given prominence to recording the history of Mughals only, ignoring the glorious rules of many empires like Pandyas and Cholas, Union home minister Amit Shah said on Friday, June 10.

He declared that “nobody can stop us from writing history as we are independent now.”

Asking historians to revive the glory of the past for the present, Shah, while releasing Omendra Ratnu’s book Maharana: Sahastra Varsha Ka Dharma Yuddha [Maharanas: A Thousand Year War for Dharma] said, “History cannot be created by governments but it’s built on true events.”

He urged society to take the initiative to present history in its “true form.”

The home minister said reference books should be written on these empires and if they are written,” the history which we believe wrong will gradually fade away and the truth will emerge.”

For this, he said, there is a need to start work by many people.

Shah said history is not written on the basis of victory or defeat but on the basis of the outcome of any event. “No one can stop us from writing the truth. We are now independent. We can write our own history,” he said.

Also read: With IIT Kharagpur Calendar, the Hindutva Right Takes Another Step Away From Science

The Union home minister’s comments on rewriting history have come against the backdrop of several reports claiming the “saffronisation” of school and college curriculum.

Meanwhile, a speech by Rashtriya Swayamsevak Sangh (RSS) founder Keshav Baliram Hedgewar has made its way to the Class 10 revised Kannada textbook.

In March this year, the Gujarat government decided to make the Bhagavad Gita a part of the school syllabus for Classes 6 to 12 across the state from the academic year 2022-23.

In March 2021, the Telegraph reported that the University Grants Commission had drafted a history syllabus for undergraduates that focuses more on Hindu mythology and religious texts and diminishes the importance of Muslim rule.

The report said that R.S. Sharma’s book on ancient India and Irfan Habib’s book on medieval India were dropped. However, books by little-known authors – some of whom are “pro-Sangh”, according to the newspaper – were included.