Exclusive: Before Lockdown, Assam Govt Gave 'Urgent' PPE Orders to Firms Linked to CM. Here's How They Turned Out

The orders to firms owned by Himanta Biswa Sarma’s wife and his family's business associate were given in spite of prices quoted above others, RTI replies have shown. As one firm failed to deliver the required number of kits, its contribution was turned into a 'CSR' activity. 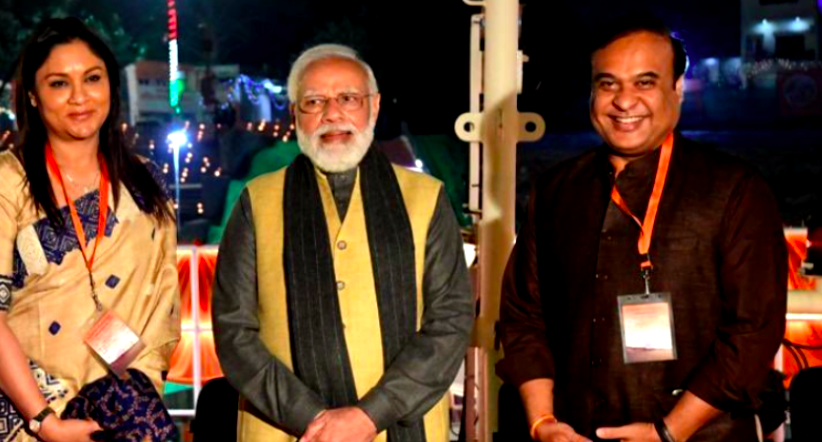 This report is a collaboration between The Wire and Guwahati-based news portal The Cross Current.

Crucially, JCB Industries, of which Sarma’s wife Riniki Bhuyan Sarma is the owner, had bagged the urgent supply order from the state health ministry at a time when her husband, Himanta, was the health minister. The company had no history of supplying or producing medical equipment and safety gears. The Guwahati-based firm is known to produce sanitary napkins but was granted an urgent work order to supply 5,000 PPE kits.

This ‘urgent’ work order to deliver the PPE kits was issued to JCB Industries on March 18, 2020 – days before the panic-triggering national lockdown announced by Prime Minister Narendra Modi on the night of March 24, 2020.

Like most other states, the Bharatiya Janata Party-led Assam state government had also claimed to have made “instant” and “urgent supply orders” to stock safety gear and COVID-19 testing kits in the immediate aftermath of the prime minister’s sudden lockdown order.

However, RTI replies from the state National Health Mission (NHM) show that the health department, then headed by Sarma, had issued not only an ‘urgent supply’ order to his wife’s firm prior to the lockdown but also to two companies – GRD Pharmaceuticals and Meditime Healthcare – which are owned by his family’s business associate Ghanshyam Dhanuka.

Ghanshyam’s father Ashok Dhanuka is a director of the RBS Realtors (now Vasistha Realtors) in which Sarma’s son Nandil Biswa Sarma is currently a majority shareholder. More details of Dhanuka’s close business ties with Sarma’s family, particularly through RBS Realtors, can be read in the earlier investigative report by The Wire and The Cross Current.

Unlike JCB Industries, both firms of Dhanuka have, however, been regular suppliers to the state health department since the Congress era. Himanta had helmed the state’s health ministry even back then. 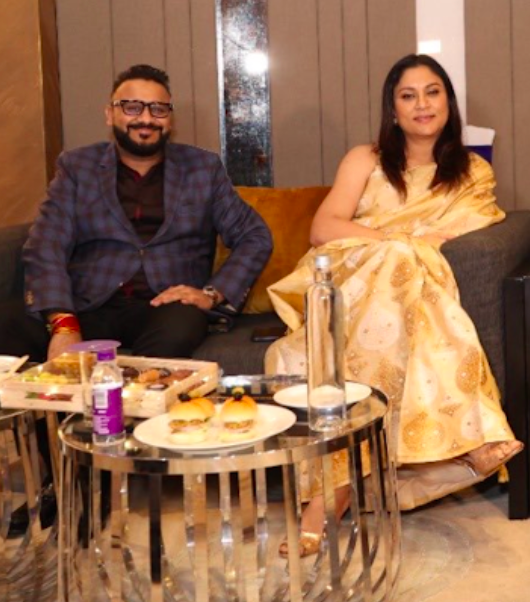 Significantly, the RTI replies, to requests filed by The Cross Current and parsed by The Wire, reveal the fact that both Sarma’s wife’s company and one of Dhanuka’s companies, Meditime Healthcare, failed to complete the supply orders marked ‘urgent’ by the government amidst the emerging public health crisis.

Still, in the following days, Dhanuka’s firms bagged more pandemic-related supply orders from the state government – and at a much higher rate than it had quoted earlier – to provide PPE kits.

As per an RTI reply dated March 10, 2022, from NHM managing director S. Lakhmanan’s office to The Cross Current:

“The government of Assam (had) notified instantly the state level, district level and medical college level procurement committee for the purpose (of) emergency procurement from all available sources either through nomination/quotation/tendering process in view of the countrywide lockdown from March 24, 2020”.

Citing a “panicky situation” because of the lockdown “to gather all essential items on emergency basis to Assam as most of the essential manufacturing unit(s) were located outside of the state”, the NHM director’s office said:

“Preliminarily, most of the procurement was done in nomination basis/market survey in a top most priority to save the human life as well as for the greater public interest to fight the pandemic and its prevention…(sic)”

However, the RTI replies comprising copies of 14 supply orders of NHM, including some marked ‘urgent’, attest to the fact that the state health department had issued four ‘urgent’ work orders between March 18, 2020 and March 23, 2020 to procure PPE kits and hand sanitisers even prior to the “panicky” situation that had set in due to the national lockdown.

They were most likely approved through nomination as the urgent supply orders issued by NHM and seen by these correspondents nowhere mentioned that any quotation was sought for the work. One of the 14 pandemic-related work orders issued after the national lockdown did mention that the approval was based on that bidder’s quotation.

In yet another urgent order, on March 18, 2020, GRD Pharmaceuticals was asked to supply 10,000 bottles of hand sanitiser, each containing 500 ml, called Handrub, produced at its Aathgaon unit in Guwahati.

The RTI replies were received in response to an application by The Cross Current. The whole process took around six months, from the first application to follow up appeals and replies. The Wire deconstructed the responses to reach certain specific conclusions.

1. Even though both JCB Industries and Meditime Healthcare were most likely granted urgent orders through nomination, they failed to complete their orders in spite of the procurement meant for urgent supply to address an emerging public health crisis.

2. The NHM issued an ‘urgent’ supply order to JCB Industries for 5,000 PPE kits at Rs 990 per piece on March 18, 2020, while on the same day it bought PPE kits at the rate of Rs 600 per piece from another Assam-based firm, NE Surgical Industries.

3. Meditime Healthcare was also issued two ‘urgent’ supply orders for PPE kits on March 22 and 23, 2020, at Rs 990 – the amount sanctioned to JCB Industries. 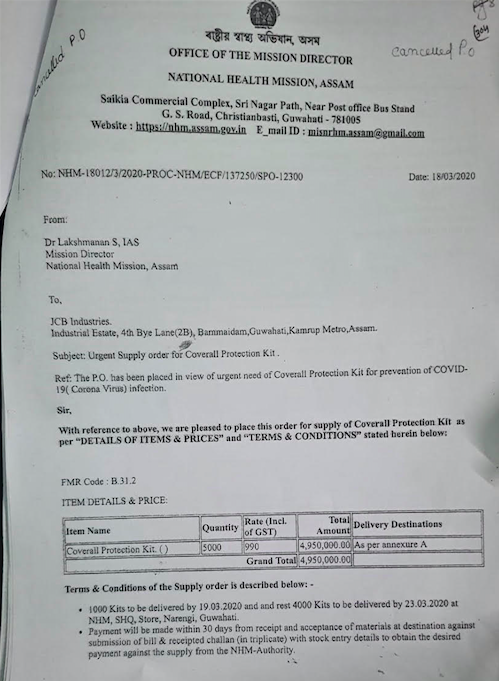 The order to JCB industries.

4. That neither JCB Industries nor Meditime Healthcare could complete their urgent supply orders even after setting a much higher asking price for procurement of the PPE kits. In contrast, the NE Eastern Surgical Industries which had procured a similar order from NHM for 1,790 kits at Rs 600 per piece, could do so successfully on time.

5. The urgent work order assigned to Sarma’s wife’s firm was cancelled on April 4, 2020, although the same was conveyed to JCB Industries through a letter dated April 6, 2020. It cited “failure in supplying the life-saving cover-all protection kit in time, required for treating the Corona-infected patients”. Her firm could supply only 1,485 PPE kits out of the 5,000 kits ordered by NHM.

Curiously though, those 1,485 PPE kits received by the health department from JCB Industries in lieu of a government order against a set rate were soon presented to the Assam government as part of the firm’s Corporate Social Responsibility (CSR). 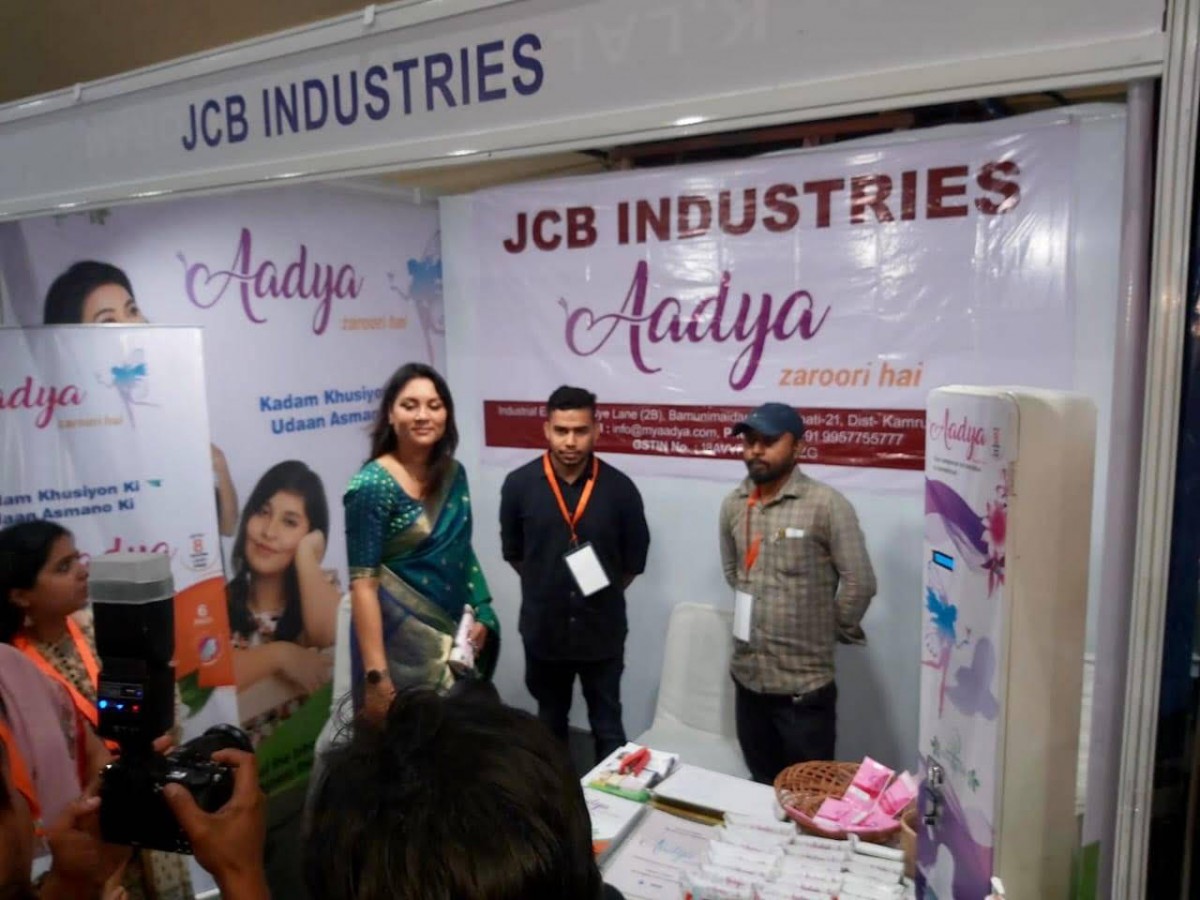 The NHM managing director, N. Lakhsmanan, who wrote to JCB Industries a few days later cancelling the urgent supply order citing its inability to complete the order, also wrote on March 27, 2020, to the company, thanking it for supplying the same PPE kits under CSR.

6. Significantly, as pointed out above, even though Meditime Healthcare could not complete its existing order by the health department, the firm was still preferred for future urgent supply orders after the lockdown for PPE kits at Rs 1680 per kit – a price higher than even its previous quotation of Rs 990 – and on the condition that the firm would deliver the goods at the New Delhi Assam Bhavan. The 14 supply orders that NHM shared through RTI replies with The Cross Current showed that only Meditime Healthcare had the privilege of delivering its COVID-19 related emergency supplies to the Assam government at New Delhi instead of the NHM’s warehouse at Narengi, Guwahati.

The Wire and The Cross Current jointly sent an e-query to the NHM on May 15, 2022, seeking information on the cost to the state exchequer to transport those 10,000 PPE kits delivered by Meditime Healthcare to Assam from Delhi. A query was also sent to NHM on the pressing reason/s behind issuing urgent work orders to JCB Industries, GRD Pharmaceuticals and Meditime Healthcare – most likely through nomination – even prior to the national lockdown.

The JCB Industries, which failed to complete the urgent work order later turned whatever PPE kits it could supply to the health department as its CSR activity. A query has been sent to NHM regarding the procedure followed to turn a to-be-paid-for service requisitioned by the government to meet a public emergency into a “CSR” activity by a firm owned by the health minister’s wife. The NHM has so far not responded to the queries.

Additionally, the NHM has been asked if there was any quality check done on the emergency procurement made by the department.