While Kashmiri parties are disappointed that six of the seven proposed new seats in the state assembly have been allocated to Jammu, Jammu parties were unhappy that Kashmir continues to have a greater share of total assembly seats. 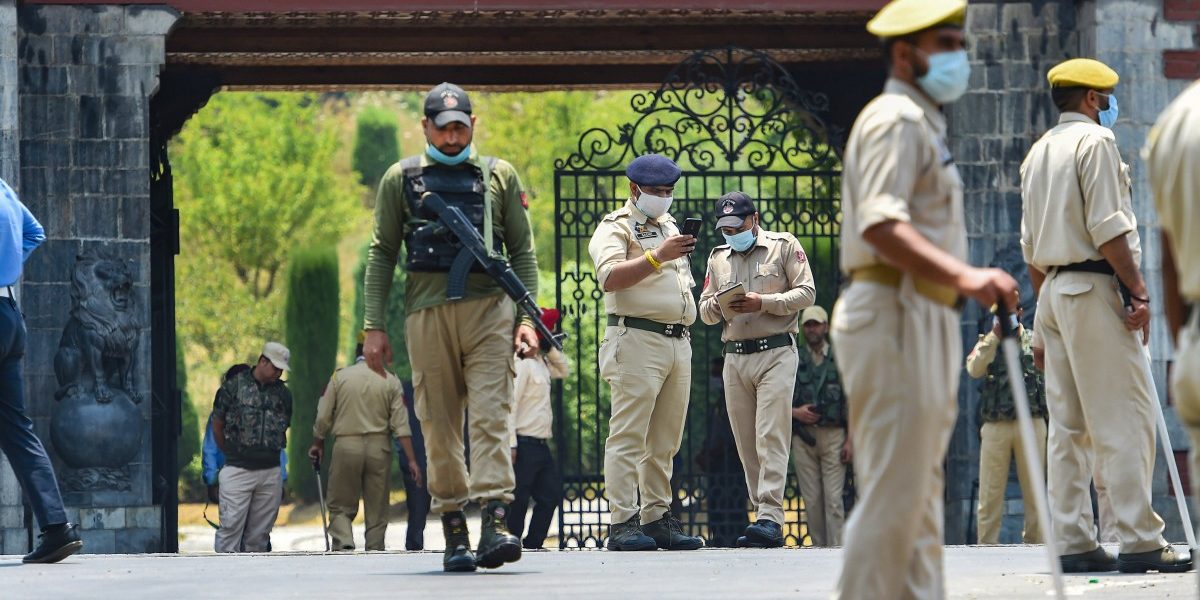 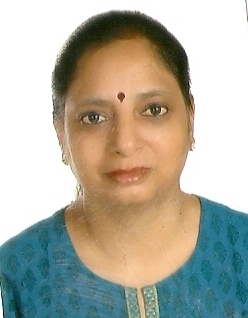 The draft report of the Delimitation Commission on Jammu and Kashmir has been received with widespread disapproval.

Kashmir-based parties have completely rejected the report, calling it unfair and biased. Kashmir has been allocated only one of the seven new seats proposed by the Commission, with Jammu getting the other six, taking the region’s respective total to 47 seats for Kashmir, compared to 43 for Jammu. This has triggered a strong feeling that the criterion of population has been ignored.

Referring to the 2011 Census data – which was the basis on which the delimitation exercise was carried out – these parties argue that the Kashmir region, which accounts for 56% of the population, deserves a greater share of the additional seats and a greater number of seats in total. They therefore see the draft proposal as discriminatory and not giving due representation to the region.

They also argue that the average voter population in Kashmir comes to 1.45 lakh as compared to the average 1.25 lakh voters per constituency in Jammu. The Kashmir-based parties, therefore, rejected the report in unison on the grounds that it is politically motivated and bound to disempower Kashmiris.

There’s no pleasing everyone

The draft report has not gone down well in Jammu either. Jammu-based parties are dissatisfied with the fact that Kashmir continues to have more seats in the assembly even after six new seats were allocated to Jammu.

Ever since Article 370 was read down in August, 2019, there has been an expectation that the changes made to J&K would have the objective of empowering the Jammu region. As such, many organisations and individuals had hoped that the Delimitation Commission would tilt the political balance in favour of Jammu and that it would afford the region an equal, if not greater share of seats in the assembly.

The very process of delimitation was politicised. When the Commission visited the region in July this year, most presentations from the Jammu region had made a case for higher number of seats, arguing that the region was larger and that the terrain was more difficult.

At this point, only the BJP and the Gujjar community are openly celebrating the draft report. The Gujjars are happy to be getting the benefits of political representation for the first time since 1991, when they got Scheduled Tribe status in the region. However, even among Gujjars, there is a feeling that they have not been given reservation in proportion to their population; they claim that they deserve 12 seats rather than the nine that have been recommended by the draft report.

The BJP is presenting the report as a fair one, doing justice to Jammu as well as to marginalised communities, including the Scheduled Castes and STs. The report serves a very important purpose for the BJP: addressing the undercurrent of resentment in Jammu region.

Over the last two years, a strong feeling has developed in Jammu that the region was short-changed by the August 2019 changes. Fed on the decades-old narrative that Article 370 had been a concession in favour of Kashmiris and was, therefore, responsible for the political marginalisation and neglect of Jammu, many people have been feeling dejected that the withdrawal of the special constitutional status of the erstwhile state has not resulted in the improvement of the political status of the region.

Further, there is also a sense of disillusionment regarding the various promises made by the BJP related to the economic development of the region through the flow of investment, establishment of industry and increased employment opportunities. None of these promises, made while introducing the August 2019 changes, have materialised.

On the contrary, several Union government initiatives have actually had adverse implications. People in the region are not happy with the loss of their exclusive hold on employment and land (brought about by the withdrawal of the Permanent Residency law after Article 35A was made redundant). Apart from the imposition of a new domicile law and land policy that has extended the privileges meant only for the residents of the erstwhile state to outsiders of J&K, many other new policies, including those related to revised and inflated tariffs on water, electricity, registration of vehicles, toll tax and the like, are resented.

Due to the meek opposition in the Jammu region, the simmering discontent has not been politicised, but the undercurrent of the resentment is very much present and can be easily felt. The local BJP is seen to be failing in its commitment to protect the land, employment, culture and heritage of the region. Locals compare the situation with that of Ladakh, where the local political class has  given a stiff resistance to all the changes meant to take away the exclusive privileges of Ladakhis related to employment and land.

The BJP’s precarious position in its core-constituency in J&K was made clear in September this year when the call for a bandh by the Jammu Chamber of Commerce and Industry (JCCI) proved to be total and successful. The call for the bandh was around a frivolous issue, but was seen to be an opportunity for Jammu’s residents to vent their frustration with the BJP.

The shutdown shook the ruling party enough to make it think of strategies to improve its image in the region. It was in this context two veteran National Conference (NC) leaders, Devinder Rana, the provincial president of NC and Surjeet Singh Slathia, were drafted into the BJP to reinforce the party’s Jammu cadre.

With this backdrop, the draft report of Delimitation Commission may become useful for the BJP to reclaim its pro-Jammu status. With the allotment of six of the seven new seats to Jammu and the consequent reduction of the gap with Kashmir in legislative assembly to only four seats, the party can now boast of introducing a sort of political parity between the Kashmir and Jammu regions.

The draft recommendations of the Delimitation Commission have two more important implications, the first of which relates to the political repercussions in Kashmir.

These recommendations, like the reading down of the region’s special constitutional status, are meant to be game changers with irreversible consequences. Designed to change the political equations within J&K, the recommendations are bound to generate a political response in Kashmir. What this response will be, only the time can tell. But at the moment, one can see these recommendations generating a fresh bout of resentment within the political class of Kashmir on the one hand and sharpening Kashmiri identity politics on the other.

This is reflected, first, in all mainstream Kashmiri parties of joining the chorus against the draft report, irrespective of their differences and second, in the activation of the People’s Alliance for Gupkar Declaration (PAGD).

Watch: ‘It Is Terrible to Be a Muslim in Modi’s India’: Farooq Abdullah

Understanding that the Kashmiri populace would take offence to any change in the political status quo of region, all parties (including those that support the Union government) have unequivocally rejected the draft report. The Apni Party, referred to as the BJP’s ‘B Team’, has not only stated that the draft proposals are unacceptable, but Altaf Bukhari, the party’s chairman, has also blamed the Commission of having a political bias, stating that it was working for the BJP.

In the same vein, the People’s Conference, another party seen to be close to the BJP, has also rejected the draft report as discriminatory in no uncertain terms.

The sharpening of Kashmiri identity politics can be seen not only in the Kashmir-based mainstream parties’ uniform and unambiguous response, but also in the activation of the PAGD. The PAGD, it must be noted, started losing its original frame in last few months, especially after the Prime Minister’s all party meeting.

After this meeting, a phase of intense political activity began in J&K with all Kashmir-based parties going into the election mode, adopting a pragmatic approach to political issues not only in de-linking the question of the restoration of Article 370 from electoral politics but also in their getting ready to participate in the looming assembly elections without any pre-conditions. Even though most of these parties had been making the demand for the restoration of statehood even before the election, they were now getting ready to contest even without the fulfilment of this demand.

It was in this electoral mode that the political parties began targeting not only the ruling dispensation, but also each other. The PAGD, which stood for a common fight for restoration of Article 370, had shrunk in role and visibility, almost to the point of redundancy. However, with the draft report, the Alliance is becoming visible once again.

The Kashmir-based parties, with the exception of the People’s Conference, have not only taken the route of a consolidated political response under the platform of PAGD, but have also started raising larger issues related to the August, 2019 changes and the Union government’s politically disempower Kashmiris.

The second serious implication of the draft recommendations relates to the widening of the gulf between Kashmir and Jammu. This gulf has always existed and even before August, 2019, for all practical purposes, the two regions had been operating as two diverse political units within the same state; not only in terms of the political aspirations and the nature of identity politics but also in terms of the logic of their politics.

While the logic of Kashmir’s politics has been defined by Union-state relations, the logic of Jammu’s politics has been defined by the inter-regional relationship (Kashmir as the reference point for Jammu’s political marginalisation). The relationship has been further informed by a binary which frames the relationship between the two regions as a zero-sum game. As per this binary, the interests of one region have been seen as inimical to those of the other and vice-versa. This bred a simmering inter-regional conflict over the last seven decades which has had serious implications for the larger context of conflict.

Though this inter-regional conflict formed one of the layers of the August, 2019 changes (with the regional discrimination of Jammu being used as a major justification for these changes), it also brought the two regions together in certain, unintended ways.

Over the last two years, the two regions, in an unprecedented manner, came to have few common concerns and though these concerns could not be properly articulated, they did help somewhat in easing the tensions between the two regions. Thus, the downgrading of J&K to a UT and its subsequent bifurcation was seen as humiliating both in Kashmir and in Jammu. The demand for restoration of the statehood, therefore, was a common demand of all parties in the region.

Similarly, though Article 35A was associated with the identity politics of Kashmir, in the post-August, 2019 situation, both regions were on the same page when it came to the issues stemming from withdrawal of the Permanent Residency law. Jammu, in fact, has been more forthright about its resentment of the withdrawal of the protections once enjoyed by the local residents.

The draft recommendations, which are seen largely in binary regional terms as giving advantage to Jammu at the cost of Kashmir, are bound to push back any progress made in terms of inter-regional bonhomie. Both in Kashmir as well as in Jammu, the recommendations are seen as mutually exclusive and contradictory.

Whether the recommendations are seen as favourable to Jammu, since they give the region six of the seven new seats, or favourable to Kashmir, allowing for its continued dominance in assembly totals with 47 seats compared to Jammu’s 43, divisive regional binaries are irrefutably at play.

Rekha Chowdhary was formerly a professor of Political Science at the University of Jammu. She can be reached at rekchowdhary@gmail.com.