Far from ensuring that your identity information is secure, the government is selling it (or is, at least, authorised to sell it) to anyone who has your number and cares to pay the fees. 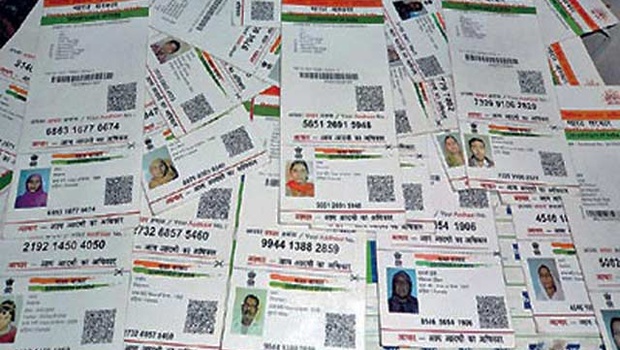 How would you feel if you lived in a country where everyone’s identity information (name, address, date of birth, photograph – whatever the government decides) is stored in an open-access database? Think about it, because India is nearly there, with some minor restrictions on the content and terms of access of the database.

To understand this, we must make the effort of decoding Section 8 of the Aadhaar Act, despite its opaque – perhaps purposely so – wording. But first, some background.

Coming back to Section 8, it is concerned with “authentication”. On this, there was a massive foundational change between an earlier draft of the Act (the National Identification Authority of India Bill, 2010) and the final version, the Aadhaar Act 2016. In the earlier version, which corresponds to the original discourse on Aadhaar, authentication was just a yes/no response. You give your Aadhaar number, along with your fingerprints (or iris scan) and the system verifies whether the two match, in other words, whether you are the person who legitimately holds that number.

In the Aadhaar Act, however, authentication is a completely different thing. When it submits an Aadhaar number, the “requesting entity” (any “agency or person” who is willing to pay the fees) can now ask for any aspect of that person’s identity information, except for the core biometric information. Everything else, including photograph, can be shared by UIDAI with the requesting entity. To illustrate, if you use your Aadhaar number to buy a sim card, the company can use it to access all your identity information, minus the core biometrics.

The foundational shift that occurred between the National Identification Authority of India Bill 2010 (NIDAI) and the Aadhaar Act 2016 is clear from their respective definitions of authentication:

NIDAI 2010: “The Authority shall respond to an authentication query with a positive or negative response or with any other appropriate response excluding any demographic information and biometric information.” (emphasis added)

Aadhaar Act 2016: “The Authority shall respond to an authentication query with a positive, negative or any other appropriate response sharing such identity information excluding any core biometric information.” (emphasis added)

In light of Section 8, there is something highly misleading about the recent debate on whether the central identities data repository (the store of identity information held by the UIDAI) is “secure”. This repository is not supposed to be inaccessible. On the contrary, the Aadhaar Act puts in place a framework for sharing the identity information in that database, minus the core biometrics. Further, the government (read UIDAI) has virtually unlimited powers to prescribe the content of the identity information, the terms of access and much more.

How did this little-noticed shift in the nature of Aadhaar take place? One plausible answer is that the leading lights of Aadhaar woke up to the business value of the database. By this I do not mean the money that can be made by selling identity information contained in the repository – under the Act, the authentication fees must be credited to the Consolidated Fund of India. The point, rather, is that private access to the repository opens up plenty of business opportunities. This is all the more so with the growing corporate interest in ‘big data’. The recent discourse on Aadhaar stresses its value as an ‘identity platform’ around which countless apps can be built.

In short, far from ensuring that your identity information is secure, the UIDAI is selling it (or is, at least, authorised to sell it) to anyone who has your number and cares to pay the fees. Only the core biometrics are protected.

This situation must be read in light of the fact that, for practical purposes, Aadhaar is compulsory, or will be compulsory very soon. The claim that Aadhaar is a voluntary facility was nothing more than “smart demand evangelisation,” as some champions of Aadhaar like to call their propaganda. In line with their hopes, Aadhaar is all set to become universal and ubiquitous.

That brings me to the biggest danger of Aadhaar: its power as a tool of mass surveillance. This is, possibly, far more serious than the issue of confidentiality of the database. Once Aadhaar becomes an all-purpose identification tool, your life will be as transparent to the state as a contact lens. Details of your railway bookings, phone call records, financial transactions and so on will be accessible to the government at the click of a mouse without invoking any special powers (it is only to go a little further, like tapping your phone, that special powers – readily available – will need to be invoked). This is all the more worrying as the government has already shown an ominous propensity to control, or try to control, our thoughts and actions. Feel like giving up your Aadhaar number? Too bad, there is no provision for this in the Aadhaar Act.