The government has decided to move to an 'explicit' process of priority setting for health expenditure, which looks at cost effectiveness and equity concerns. 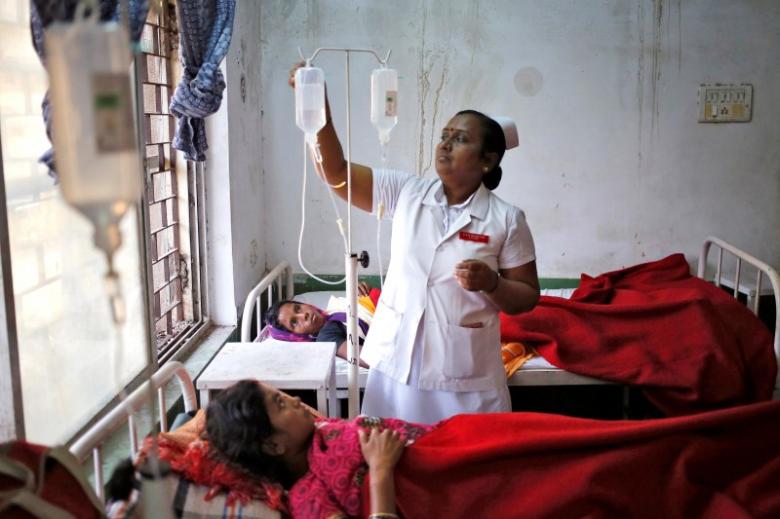 It is a fair assumption to make that everyone, everywhere wants to remain healthy. Sometimes, through no fault of our own, we get sick, and being sick costs us money. This may be an expense towards the cost of treatment or in the form of a missed opportunity to make money by being unable to work. Increasingly, governments across the world are working towards curtailing healthcare expenses borne by its citizens so that we don’t have to take money from our pockets to cover the costs of ill health. This is called providing universal health coverage and has been declared by the UN as a global goal which all countries must strive to achieve.

Dealing with a finite budget

One might put themselves in the position of the government in this scenario, for example a health secretary, who has a budget made available to him or her just for this – providing for health. This budget for health, however, has to stretch itself to meet the needs of the entire population, to cover everything from complex cancers and surgeries to training staff and building medical infrastructure. The district hospitals are demanding money be made available to them to pay for the equipment they require to perform surgeries, for doctors and nurses to staff the facilities, for repairs to make the hospital safe for staff and patients alike. The primary health centres (PHCs) are demanding additional funding – they too are understaffed and cannot afford to pay more skilled attendants or clinicians. In addition, they need an increase in their drug supplies for the growing numbers that come to the PHC each day. The community health centres (CHCs) are in the same position – they demand provision of nutrient-rich supplements for mothers and babies, who each day grow more malnourished as the CHC runs out of necessary supplies. But how can the secretary decide where this finite health budget is best spent? How does one weigh the myriad options to ensure that the money stretches as far as it possibly can?

What we know is this – every rupee can only be spent once. The health budget is finite, paying for one intervention inadvertently means that you are not paying for another. In economics, this is what we call the opportunity cost – taking the opportunity to pay for one area of health means a missed opportunity to pay for another. To treat one women for breast cancer may cost the same amount of rupees required to de-worm one lakh children. But how can the policy maker decide which is a better investment?

Policy makers in India and abroad are faced with these difficult decisions on a daily basis – to decide the best possible way in which the finite resources made available to health can be spent. This is no easy task. At present in India, many of these decisions are made on the basis of what we refer to as implicit rationing. This is the concept of “first in best dressed”, where those at the start of the queue may receive the treatment they need, while those at the back of the line may miss out by the time it is their turn.

Explicit priority setting, as opposed to implicit, refers to the process of making decisions according to clear and transparent criteria based on the best available evidence for effectiveness and cost of a given intervention, as well as taking into account equity considerations for the good of the entire population. This kind of priority setting is largely viewed as the most effective way in which to make decisions as to the best way a health budget is spent, weighing up all options and coming to a fair and just conclusion, towards the ultimate goal of universal health coverage – providing the services people need while protecting them from high out-of-pocket costs.

The positive news is that the government of India plans to move towards a more explicit priority-setting process for health. This form of rational priority setting is underpinned by a process called health technology assessment (HTA). HTA aims to introduce a more transparent, inclusive, fair and evidence-based process by which decisions regarding the allocation of health resources are made in India. ‘Health technology’ can refer to anything from a vaccine to a programme of improving breast-feeding practices to a complex surgical procedure – any intervention or programme related to health. HTA is an internationally recognised methodology, used by organisations such as the National Institute of Health and Care Excellence in the UK or the health intervention technology assessment programme (HITAP) in Thailand, which allows evidence for the effectiveness and cost of all similar interventions for a given health problem to be compared against each other, while taking into account any equity or equality considerations, to make the best possible decision as to which is the most cost effective intervention and whether it is worth the investment of government resources.

Ultimately, this is a very promising step forward towards the government’s agenda of providing universal health coverage to the people of India. This also provides a way to increase the involvement of the Indian public towards the way in which health resources are spent, by encouraging a consultative process underpinned by stakeholder involvement – a process that gives the people a voice and a platform from which to be heard. The Department of Health Research (DHR), Ministry of Health and Family Welfare, had been allocated this responsibility in the 12th five-year plan and have already taken active steps towards formalising this process. On July 25, 2016, a workshop was jointly convened by the government of India and the International Decision Support Initiative (IDSI), a global partnership network led by UK’s Imperial College and Thailand’s HITAP, to raise awareness of this initiative to formalise a system of HTA in India and bring together key stakeholders for consultation. The event was presided over by the ministers of state for health and family welfare, Faggan Singh Kulaste and Anupriya Patel, who expressed their support on behalf of the government of India to establish a system of HTA to inform health decision-making.

Since this important event, a number of significant steps forward have been taken by the government towards institutionalising HTA in India. A concept note for establishing a medical technology advisory board (MTAB) has been approved by the health minister. The DHR has compiled a list of multi-representative MTAB members, due to be approved by the health minister this week. A capacity gap analysis was drafted and sent to over 50 institutes across country to facilitate understanding of both current capacity to undertake health economic analysis in the country and gauge interest in contributing to the MTAB programme of work. From the results of this survey, memorandums of understanding are being signed between DHR and centres of excellence in health economics across country to collaborate in this area. In January 2017, a DHR-led group participated in a study tour to Thailand to understand how HTA has contributed to the country’s achievement of universal health coverage. Plans for undertaking a demonstration case HTA are underway, to be commenced by mid-2017, and DHR has taken active measures towards hiring an MTAB secretariat as a dedicated workforce to oversee the running of this work. Advertisement for positions in this team closed in late January 2017 and interviews are underway to ensure that staff will be in post shortly. Finally, plans for training for health economics capacity building, to be delivered by the IDSI, are underway and this is due take place in mid-2017.

The DHR is taking active measures to bridge the evidence to policy gap and ensure alignment of academic and policy interests through HTA towards the common goal of improving decision-making for health resource allocation to improve the health of the Indian population. The year 2017 will mark an exciting turning point for India towards a fairer, more inclusive, transparent and evidence-based system of setting priorities for the health of India. With more than one-sixth of the world’s population residing in India, this is an important step not only for the health of the Indian population, but for the global health community.