“At first, we thought it was some kind of a prank. But then we realised that the message had come from the official site," the family member of one deceased person told The Wire. 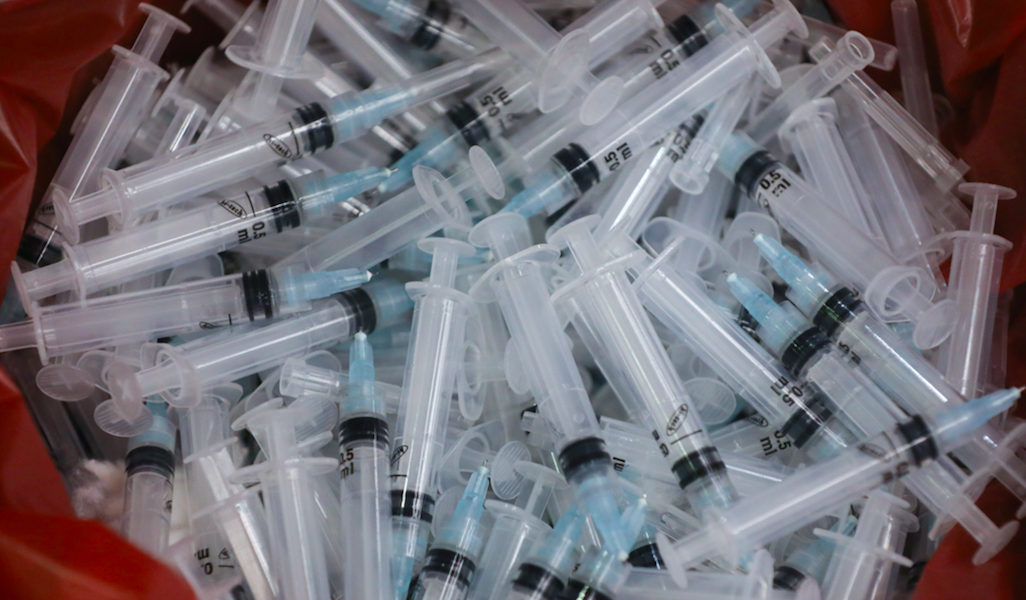 Used syringes lie discarded in a bin after they were used to administer the coronavirus disease (COVID-19) vaccine in Mumbai, August 11, 2021. Photo: Reuters/Francis Mascarenhas

New Delhi: “Is this a joke?” These were the first thoughts of Akshay Bhatnagar, a resident of Morar in Gwalior, when he received a message on his brother Prashant’s phone that he’d received a second dose of Covishield at 1:22 pm on September 1, and that he could download the certificate from the CoWIN portal.

Prashant had passed away on May 21, 2021, to complications arising out of COVID-19, and the message was darkly ironic and painful for his grieving family members.

Prashant had received his first dose of Covishield on March 24, 2021. A month later, however, he was infected by the virus and had to be hospitalised, and subsequently passed away. He was 50.

A former Merchant Navy officer, Prashant ran a school in Morar, and is survived by his wife and their 12-year-old son. The family had just started coming to terms with the loss when Prashant’s phone buzzed with the message.

“At first, we thought it was some kind of a prank. But then we realised that the message had come from the official site. It clearly stated ‘Dear Prashant Bhatnagar. You have successfully been vaccinated with your 2nd dose with COVISHIELD ON 08-12-2021 AT 01:22 pm’,” followed by a link to the portal, Akshay said.

And on the portal, the family found that the Union health ministry had indeed issued a “Certificate for COVID-19 Vaccination” to Prashant, and that he had received both his doses. 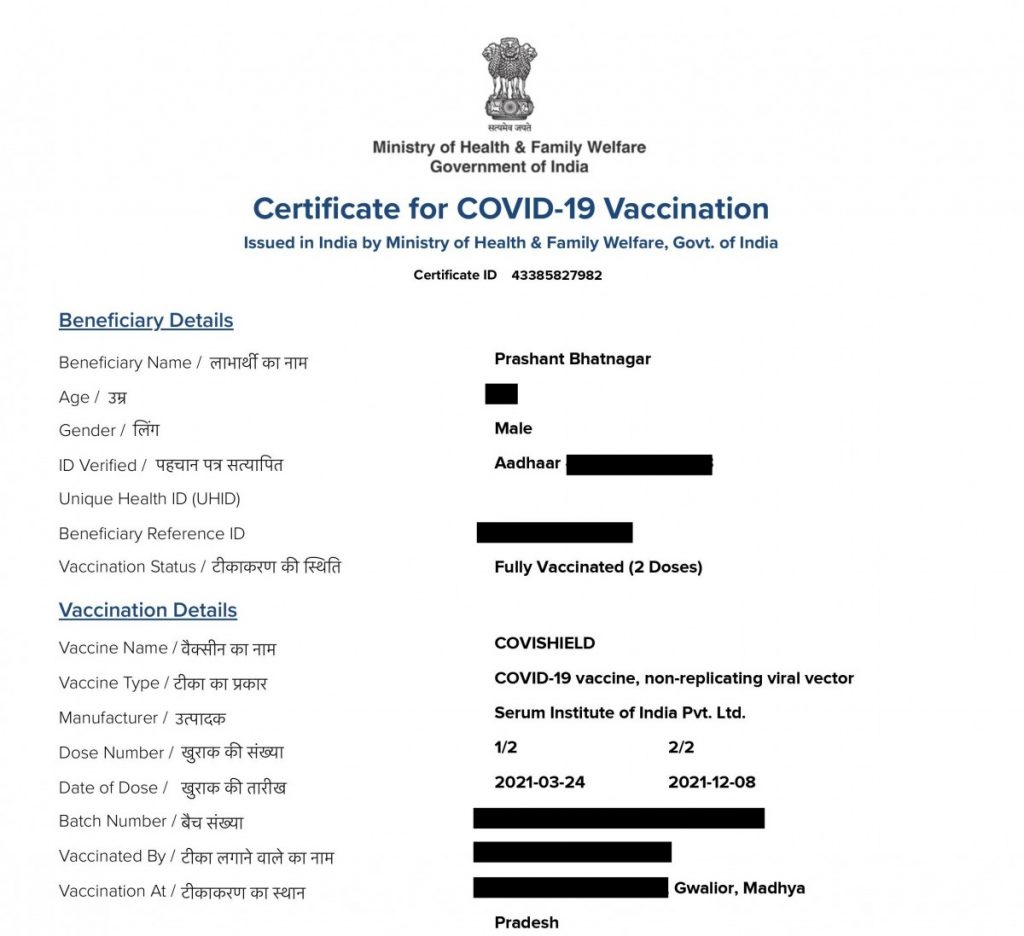 “We are surprised how this happened, since the booking for vaccination is through an app and ideally identification documents like the Aadhaar card [must be presented] at the time of vaccination,” Akshay continued. “So did someone masquerade as Prashant to get an additional dose or is the data being tinkered with to show a higher vaccination rate?”

A similar episode transpired on September 17 when the family of Vidya Sharma, who had died of post-COVID complications in Agar-Malwa district on May 1 received a message that she had received her second jab.

Until then, Madhya Pradesh had claimed to have administered nearly 2.51 crore doses of COVID-19 vaccines.

Similar incidents in Bihar, UP

Incidentally, this isn’t the first time complaints of this nature have come up. Last month, some residents of Bihar’s Muzaffarpur and Sheikhpura districts received similar text messages saying their relatives, who had died of COVID-19 months ago, had received their second doses.

In Ghaziabad, the family of a 78-year-old man who had died in May 2021 received a message on October 18 that he had received his second dose. When journalists asked Ghaziabad’s chief medical officer about the faux pas, he said “usually such mistakes do not take place” and offered to have the matter “investigated”.

Even others have shared similar experiences on social media platforms. On October 16, for example, Vinod Ahlawat, a resident of Haryana, tweeted that six months after his father died after having received one dose of a vaccine, his father’s phone received a message saying he had received the second dose as well. Ahlawat then asked for help with having the certificate sent to heaven.