Unidentified journalists, unnamed politicians and others have been wildly accused of all kinds of crimes. 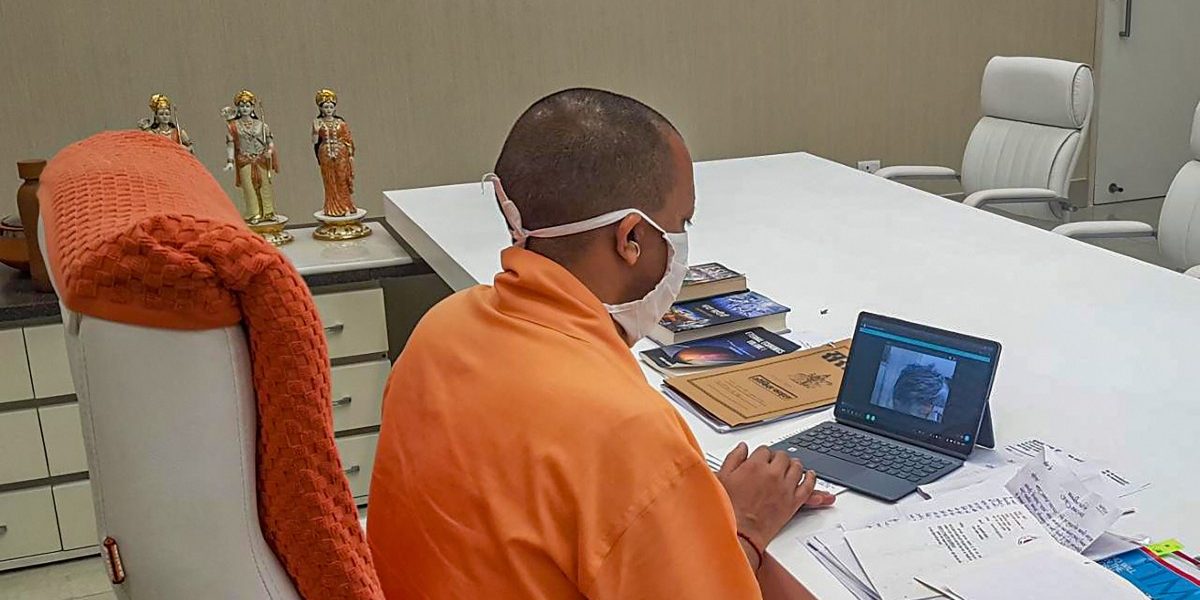 Lucknow: The FIRs lodged by the Uttar Pradesh government against alleged attempts of inciting caste riots across the state appears to be a reflection of chief minister Yogi Adityanath’s favourite defence mechanism.

For him, offence has always been the best form of defence. So it was no surprise that an FIR was lodged on behalf of the government on Sunday against unidentified journalists, unnamed politicians and others who have been wildly accused of all kinds of crimes.

This looks like a well-orchestrated afterthought, essentially aimed at pinning down not only some opposition leaders but more particularly some marked journalists, who dared to put the ruling dispensation in the dock over the brutal gang-rape and murder of the 19-year old Dalit woman belonging to Boolagarhi village in state’s Hathras district.

Mediapersons have become the biggest eyesore for the government simply because it were their reports that led the high court to take suo moto cognisance of the incident, holding to account not only the alleged Thakur perpetrators but also the UP police, who not only showed utter disrespect to her dead body but also traumatised her family.

In the 11-page order, the court’s division bench comprising Justices Rajan Roy and Jaspreet Singh not only referred extensively to media reports, but also urged different media organisations and TV channels to assist the court by providing whatever evidence they have in support of their exposure of the Hathras events. Nothing could have apparently irked the state government more than this, so the official guns were bound to be trained at the media.

Also read: Why the Dying Declaration of the Hathras Victim Is Legally Admissible Evidence

No wonder, as many as 20 sections and sub-sections of the Indian Penal Code have been invoked by the administration against the accused. And quite significantly, the sections include stringent laws like sedition, criminal conspiracy, unlawful gratification, illegal inducements and spreading of false and defamatory news. The message was pretty loud and clear – the media was to be taught a lesson, ironically for doing its legitimate job of exposing the truth. In fact, had it not been for the media, the case would have probably been hushed up, like so many other such incidents of heinous crimes against women.

Interestingly, while the FIR includes every aspect of the gang-rape (which is vehemently denied at the very outset), it conveniently excludes the victim’s cremation that was carried out forcibly by the police in complete disregard of the family’s wishes and religious rites.

What seemed strange was the sudden face-saving attempt by a badly cornered government at a time when its own lapses and failures were endorsed in the punitive action ordered a day earlier against five police officials – right from the district superintendent of police down to the head constable of the concerned police station.

While the FIR was extremely emphatic about alleged attempts by unnamed people to incite caste clashes in the region, it does not throw any light on the reasons for the tearing hurry shown by local officials to burn the body in the dead of the night.

The woman’s body was burnt without the family’s presence and without any rituals being performed. What made matters worse was the blatant insistence of the police and local administration to keep the entire family confined to their home. There was enough visual evidence showing how every bid of the mother, father and other family members of the victim was thwarted by aggressive men in khakhi, who prevented them from getting anywhere close to the cremation site. That the cops used petrol or sanitiser to ensure speedier burning of the body, in violation of established religious norms, was also clearly visible in the videos doing the rounds.

Ordinarily, all these acts of omission and commission by the administration should have been good enough reason for an FIR against all those who came in the way of the family and the deceased rape victim. But the government did not seem to see anything wrong with all those violations of the Hindu religious customs and traditions, to which the Yogi Adityanath government claims to be so deeply wedded. Instead, it went on a counter offensive.

No wonder, opposition parties and a section of the media were being blamed for attempting to incite caste riots, which actually never happened. Likewise, some half truths and selective audio recordings seem to have been misused in the FIR to build up a case against some “unidentified journalist”. The journalist was being accused of provoking the victim’s family not to accept the government’s offer of Rs 25 lakh compensation and instead demand Rs 50 lakh from the government. Again, there is no substantive evidence to prove this allegation.

However, every charge levelled in the FIR appears to have been made with the objective of establishing that there was some kind of “international conspiracy” to defame the chief minister.

Now that the complainant, prosecutor and judge are all-in-one, and the persona non grata are identified, it remains to be seen to what lengths the government will be ready to go to settle its scores with them.