The two agrarian states, despite sharing a capital, have not been on the best of terms owing to differences over the sharing of river waters through the SYL canal.

New Delhi: More than five decades after it was carved out of Punjab, the state of Haryana has started the process of removing the name of its neighbouring state from a large number of laws. Incidentally, the move comes at a time when the two states are not on the best of terms and have a feud running over the sharing of waters of Ravi and Beas rivers through the Sutlej Yamuna Link (SYL) canal.

As the groundwater table has been dipping in Haryana, the agrarian state has struggled to keep its fields green. In several parts of central and western Haryana, already the pressure is being felt as two submersible pumps are now required to pump out any water from the ground. The issue also resonates during elections.

Punjab’s refusal to complete the SYL canal and share the waters of Ravi and Beas has affected relations between the two states, which are the only ones in the country to also share a common capital (Chandigarh) apart from a border.

No wonder Haryana wants to establish a clear identity of its own, distinct from that of Punjab, in all aspects. And one more step in this direction was taken recently when a committee was constituted at the behest of the assembly speaker Gyan Chand Gupta to remove the word ‘Punjab’ from 237 of the Acts of the state. Most of these Acts pertain to the state’s revenue and police departments.

It was on September 24 that a meeting of senior officials of the Haryana government and the Assembly Secretariat was convened in this regard.

During the meeting, it was decided that the assembly committee would submit its report on changing the nomenclature to the state government within a month’s time.

It was announced following the meeting that the people of the state were seeking a change in the laws and wanted the word “Haryana” added to all of them.

Incidentally, the removal of the word “Punjab” by Haryana is also a reflection on the relations between the two states. This is so because several laws with the word Punjab in them, because they were enacted in the undivided Punjab during the British Rule, are still followed in other states like Delhi.

The list runs long and includes the Punjab Courts Act, 1918, which was subsequently amended in Delhi to the Punjab Courts (Delhi Amendment) Act, 1994; Punjab Relief of Indebtedness Act, 1934 and the Punjab Industrial Establishment Act, 1965.

Differences between Haryana and Punjab over the issue of water sharing date back to the formation of Haryana in 1966. Haryana had then claimed 4.8 million acre feet (MAF) of Punjab’s total 7.2 MAF share of the waters of Ravi and Beas. Then in 1976, it was allocated 3.5 MAF.

The Sutlej Yamuna Link canal project was envisaged to take this water to Haryana. In 1981, Punjab, Haryana and Rajasthan were allocated 4.22 MAF, 3.5 MAF and 8.6 MAF of water respectively through this canal. The work on the canal began in 1982 and Punjab was required to complete its share of the work in two years. But protests by the Shiromani Akali Dal saw it get delayed.

In 1985, during a meeting between Rajiv Gandhi and SAD leader Harchand Singh Longowal a new accord was signed that would see the canal completed by August 1986. But while 90% of the project was completed at a cost of Rs 700 crore, work was first delayed and then suspended followed a militant strike. 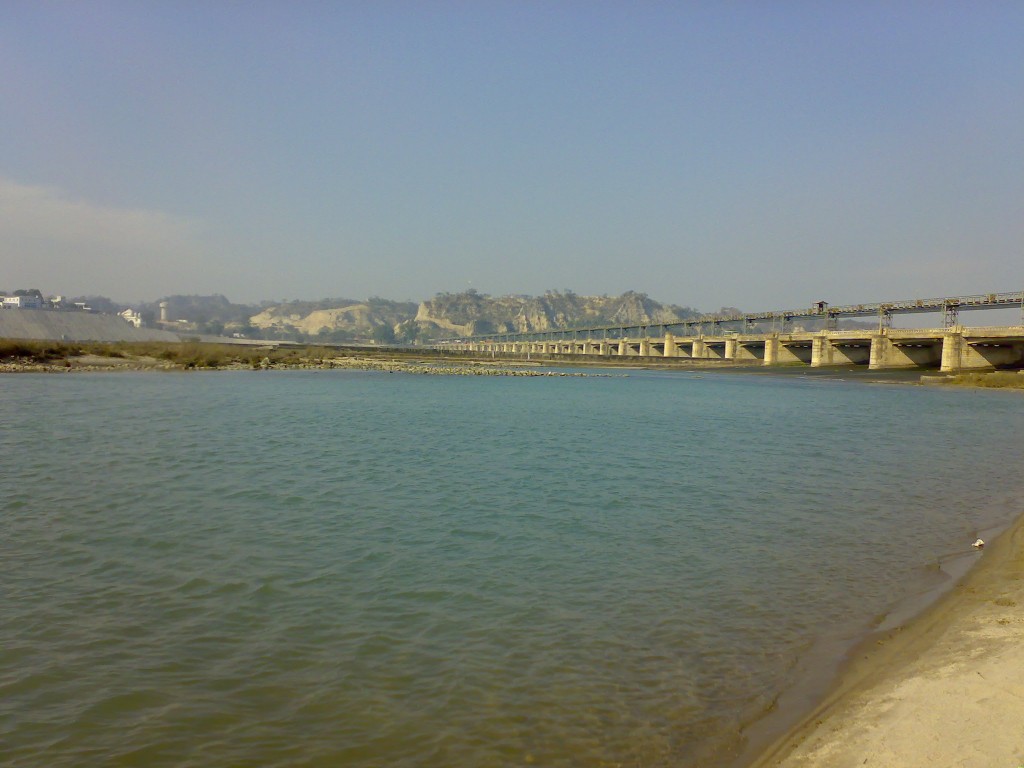 In 1996, Haryana took the matter to the Supreme Court, which directed Punjab in 2002 and 2004 to complete the construction of the canal. However, Punjab instituted the Termination of Agreements Act in July 2004 and rescinded all inter-state agreements on sharing waters of the Ravi and Beas.

Thereafter, Haryana had approached the Supreme Court to seek implementation of its directions of 2002 and 2004. The validity of Punjab’s law to terminate the agreements was also questioned by the Centre, which approached the Supreme Court. In 2011, the Haryana government also filed an application for the implementation of the SC’s 2002 and 2004 judgments. The Punjab government filed another suit in 2015 seeking that another tribunal should be set up to determine the water shares.

‘Come to an amicable solution’

In July this year, the Supreme Court urged the two states to arrive at an amicable solution, asking the Centre to mediate.

Thereafter, Punjab chief minister Amarinder Singh cautioned that the SYL was an “emotive issue” and warned that “Punjab will burn” if it was forced to part with the water.

During an online meeting with his Haryana counterpart Manohar Lal Khattar and Union jal shakti minister Gajendra Singh Shekhawat, Amarinder Singh said, “You have to look at the issue from the national security perspective. If you decide to go ahead with SYL, Punjab will burn and it will become a national problem, with Haryana and Rajasthan also suffering the impact.”

Further, Singh was quoted as saying, that “Punjab remains at risk from all ends” and that “the water issue could further destabilise the state.”

Also Read: How the River Waters Dispute May Change the Course of Punjab Politics

Singh also reasoned that as per Bhakra Beas Management Board (BBMB) the availability of Ravi-Beas water had come down from the estimated 17.17 MAF in 1981 to 13.38 MAF in 2013 and that Haryana, despite being a non-basin state and with a smaller population and lesser land under cultivation, was getting almost as much water at as Punjab’s 12.42 MAF.

He insisted that Punjab is a water deficit state with 109 of its 128 blocks being ‘dark zones’ and that it would have had no problems if it had surplus water.

However, Haryana, which also gets water from the Yamuna, sees these arguments as a ploy to deny it a fair share of the water. Khattar maintained following that meeting that “SYL should be constructed.”