The revised law, notified on November 6 and to be implemented from January 15, has made changes to provisions regarding the classification of domiciles, salary thresholds for the law to applicable and the setting up of new units. 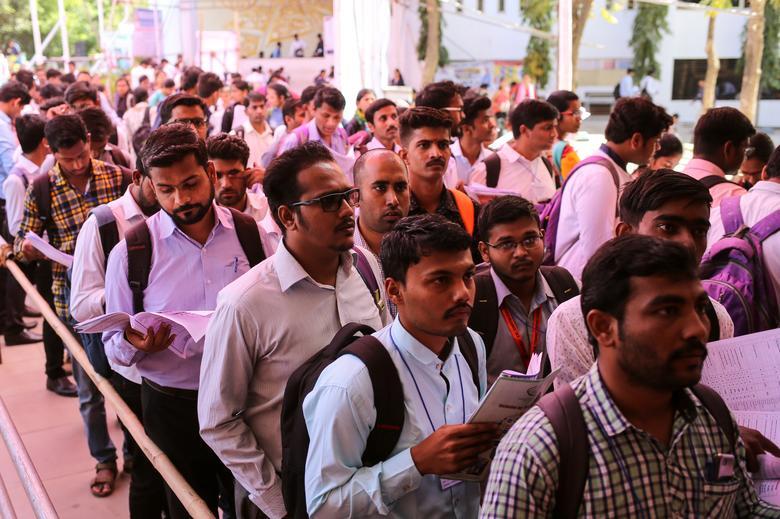 New Delhi: With major industrial confederations and associations warning that the Haryana government’s private job quota policy could lead to a large scale exodus of industry and business from the state, the BJP-JJP government has relaxed some of the key norms pertaining to the new reservation law, set to come into effect from January 15 next year. According to realtors, some businesses have already started looking for alternative locations, including in the neighbouring states of Uttar Pradesh and Rajasthan.

The job quota was an election promise by the JJP

Providing 75% reservation in private jobs to Haryana’s youth was one of the promises made by the Jannayak Janata Party (JJP) in the 2019 Assembly elections. After the formation of the BJP-JJP government following the polls, deputy chief minister and JJP leader Dushyant Chautala pressed for the implementation of the law.

Though the reservation policy was approved as an ordinance by the Haryana cabinet in July 2020, it was reserved by the governor for the consideration of the President. The ordinance was subsequently withdrawn by the cabinet in October after the Union labour and employment ministry examined it and advised the state government against enacting such a law.

The Manohar Lal Khattar government, however, went ahead with the quota law and the Haryana assembly passed the Haryana State Employment of Local Candidates Bill on November 5, 2020. It was subsequently granted assent by the governor on March 2, 2021.

The Wire had earlier reported how the original Act was flagged by legal experts on the ground that it violated the constitutional rights of equality and those related to residing and working in any part of the country.

The Haryana government had announced that the Act would provide reservation to “local people in private sector jobs that offer a salary of less than Rs 50,000 a month.” The law was to cover all private companies, societies, trusts and partnership firms in the state. In its statement of objects and reasons, the law notes that, “…giving preference to local candidates in low-paid jobs is socially, economically and environmentally desirable and any such preference would be in the interests of the general public.”

The Act also provides that 10% of the recruitment by a company would have to be from the district in which it was located while the rest may cover other districts.

While legal experts had stated that the new law was not constitutional or legal and argued that the domicile requirement cannot be so overwhelming, – that 75% of the employees domiciles of the state of Haryana – industry had also cautioned that it would result in a mass migration of business out of the state.

Petition filed in HC against the law

In fact, in March, 2021 itself, a petition was filed in the Punjab and Haryana high court challenging the new job reservation law. The petition, filed by Rohtak-based firm AK Automatics, stated that that the job quota law was “an attempt to introduce a domicile methodology for securing jobs in the private sector rather than on the basis of a prospective employee’s education skills and IQ, which will create chaos in the current industrial employment structure.”

It also stated that, “…the law is an infringement on the constitutional rights of the employers because private-sector jobs are purely based on skills and an analytical bend of mind of employees, who are citizens of India having constitutional rights on the basis of their education to opt for jobs in any part of India.”

Furthermore, the petition argued that the law was an “act of unfair competition between deserving employees and local residents claiming to have a right as an employee on the basis of local residence”.

However, the petition was later was withdrawn after the bench observed that the government was yet to enforce the Act and, as such, industry was not adversely affected by the law at that stage.

In view of the objections raised by industry at large, the Haryana government has now changed some of the key provisions of the reservation law. Following the framing of the rules, the Act was notified by the labour department on November 6.

In the notification, the department said: “In exercise of the powers conferred under section 3 of the Haryana State Employment of Local Candidates Act, 2020 (3 of 2021), the governor of Haryana hereby specifies the 15th day of January, 2022 for the purpose of said sub-sections.”

Later, Chautala, who is also the minister for industries and commerce, labour and employment, spoke of the key changes that have been made to the law to address the issues raised by industry. He said that information technology (IT) units and start-ups that are set up after January 15, 2022 would be exempted for two years from hiring local candidates under the quota law.

In order to ensure that jobs requiring high skills levels are not impacted, the Act – which will be in force for ten years – will now only cover jobs where the gross monthly salary of the employee is less than Rs 30,000, revised down from the earlier upper limit of Rs 50,000.

Chautala also said that under the new law, it would no longer be mandatory for the employer to hire eligible local youth from one district only. Moreover, he noted that ‘domiciles’ have to have only lived in the state for five years, relaxed from the earlier threshold of 15 years in order to provide flexibility to private companies in hiring locals.

‘All skills not available in Haryana, let industry decide who they want to employ’

Though Khattar claimed that an effort has been made to create a harmonious environment for industry as well as the youth, the Confederation of Indian Industry (CII), in a statement, cautioned against such a reservation policy. It said that, “At a time when it is important to attract investments at the state level, governments should not impose restrictions on the industry. Reservation affects productivity and industry competitiveness.”

Incidentally, there are several big industries operating out of Haryana, including Maruti Udyog Limited;, which the new law could have a considerable impact on. In July last year, while speaking about the need for job reservation in Haryana, Chautala had told NDTV that, “Maruti doesn’t even have 20% staff from Haryana”.

Several industry associations in Haryana have also criticised the move. The IMT Manesar Industrial Association said in a statement that industry may have to move the high court once again. Its general secretary, Manoj Tyagi, said in the statement that, “The associations had gone to the high court against this law before, but the court had said that let it be a gazette notification, after which the court will hear the matter.”

Another office bearer of the association cautioned that large industries – which provide employment to 10,000 or more people – avoid setting up units where such regressive laws are applicable. Members of the association also pointed out that all kinds of technical skills were not available in Haryana and therefore it should be left to the industrialist to decide on who they would like to employ for a particular job.

Some businesses have started scouting for land in other states

Meanwhile, the impact of the new law is already beginning to be felt in several parts of Haryana, including Faridabad and Gurugram, which have a large number of industrial and business units. Here, realtors insist that a lot of offices have already started moving, either to Delhi or to Greater Noida in Uttar Pradesh.

“The reason is that business is wary of the reservation policy and also, right now, the land rates in Delhi NCR are pretty low. Many therefore feel that this is the right time to make changes. Already you can see a large number of IT offices have moved to the Noida expressway. This has also resulted in a sharp correction in commercial and residential property prices in various parts of Gurugram and Faridabad,” said Ramakant Sharma, a realtor who operates out of Old Gurugram.