'By Deferring Announcement of the Gujarat Elections, They Have Killed the Prestige of the EC'

By announcing the dates of the Himachal Pradesh elections but failing to do so for Gujarat, the EC has ensured that the Model Code of Conduct does not kick in yet in Modi's state. 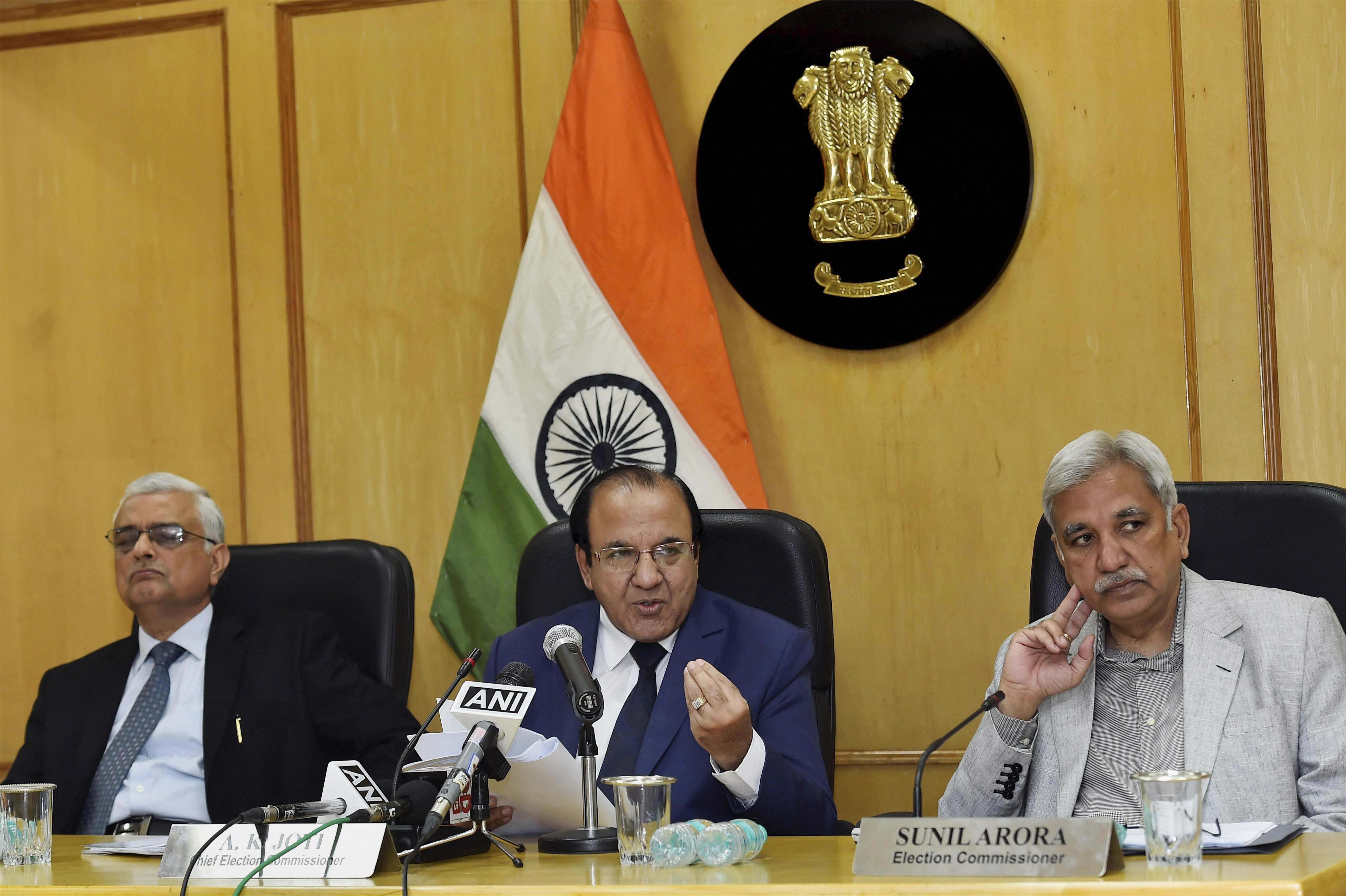 New Delhi: The Election Commission today announced assembly election dates for Himachal Pradesh, but failed to give the exact dates for the Gujarat elections, though the two are to be held in the same period. Dates for elections to be held within six months of each other are usually announced together, as per long-standing EC practice.

Assembly elections in Himachal Pradesh will be held in a single phase on November 9 and the results will be declared on December 18, the Election Commission announced today. The schedule for Gujarat will be announced separately but assembly elections in the state will be held before December 18, chief election commissioner A.K. Joti added at a press conference. According to Joti, this is being done to ensure that the voting pattern of one state does not affect the other state.

What this means, of course, is that the model code of conduct is now in force in Himachal Pradesh, but this is not the case for Gujarat, since its dates have yet to be announced.

Prime Minister Narendra Modi is set to visit Gujarat on October 16. A former chief election commissioner, speaking to The Wire off the record, said that his visit is likely the reason for this delay – the prime minister can now announce new schemes, packages and works without violating the model code of conduct. The code states:

“The party in power whether at the Centre or in the State or States concerned, shall ensure that no cause is given for any complaint that it has used its official position for the purposes of its election campaign and in particular –

… (v) Ministers and other authorities shall not sanction grants/payments out of discretionary funds from the time elections are announced by the Commission; and

(vi) From the time elections are announced by Commission, Ministers and other authorities shall not – (a) announce any financial grants in any form or promises thereof; or (b) (except civil servants) lay foundation stones etc. of projects or schemes of any kind; or (c) make any promise of construction of roads, provision of drinking water facilities etc.; or (d) make any ad-hoc appointments in Government, Public Undertakings etc. which may have the effect of influencing the voters in favor of the party in power.”

“By deferring the announcement of the Gujarat elections, they have killed the prestige of the Election Commission,” the former CEC told The Wire. “It has been normal practice for years that state elections falling within six months of each other are clubbed together by the Election Commission for the purposes of drawing up and announcing  the election schedule.”

“It is strange that Gujarat has been left out of today’s announcement when the state’s elections are due in December. In fact, the long gap between the Himachal Pradesh polling date of November 8 and the counting of ballots of December 18 can only be because the Election Commission intends to squeeze the Gujarat election in between,” he said. “What does the delay in announcing the Gujarat election dates mean? It gives Narendra Modi more time to announce sops and packages for the state. According to news reports, he is due to visit Gujarat on October 16. If the election dates had been announced, the model code of conduct would have come in to force and his visit would also be affected.”

The CPI(M) said in a statement about the issue on Friday, “It is strange that the Election Commission has announced the date of election for Himachal Pradesh Assembly while withholding  the announcement of date for Gujarat Assembly elections. …The Model Code of Conduct is now enforced for Himachal Pradesh but not for Gujarat. The Chief Election Commissioner has announced that the Gujarat polls will be held before the results of Himachal Pradesh elections are declared on December 18. This is even stranger if Gujarat Assembly elections are to be completed before December 18, then the Model Code of Conduct must be applicable to that state as well.”

In the past two weeks, the Modi government has announced multiple concessions which could have an impact on the Gujarat electorate, including revisions in GST rates that the opposition said were Gujarat-specific.

Note: This story was updated on October 13 to include the CPI(M)’s statement.