Gujarat: In Phase 1 Areas, Both BJP and Congress Are Contending With AAP's Entry

The BJP is hoping its 'Gujarat pride' campaign and Prime Minister Narendra Modi's appeal will ensure it wins another term. 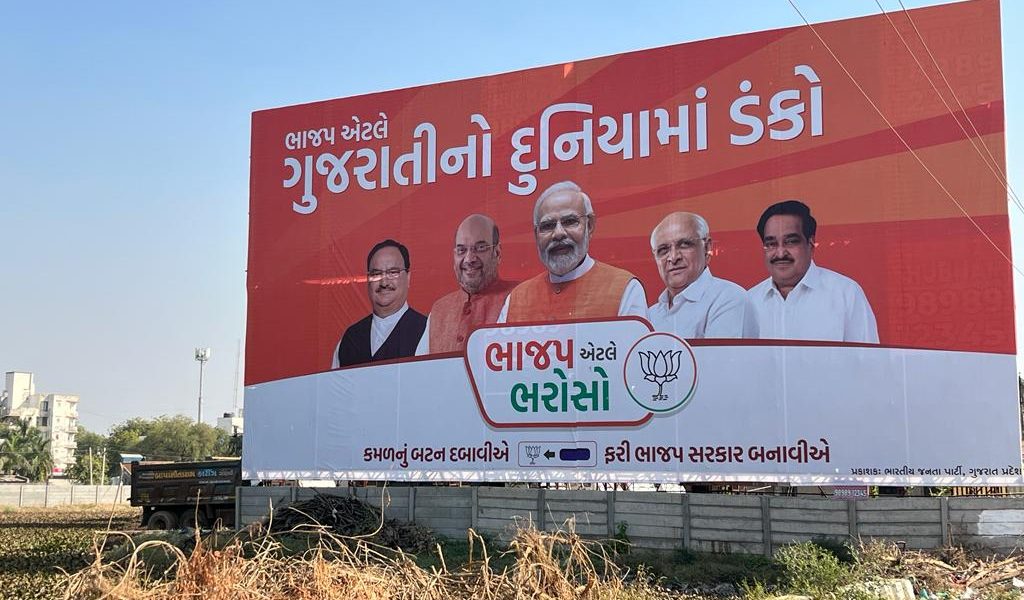 Rajkot (Gujarat): As 89 of a total of Gujarat’s 182 assembly seats in Saurashtra, South Gujarat and Kachchh go to polls on Thursday, both the Bharatiya Janata Party and Congress will have a new but energetic political player to tackle in the 2022 assembly polls. The rise of Aam Aadmi Party as a credible third force has queered the bi-polar electoral polity in Prime Minister Narendra Modi’s home state Gujarat, much to the dislike of not only the Congress but also the BJP.

Take the instance of the high-profile Botad assembly seat in Saurashtra. Here, Congress’s senior leader Manhar Patel is pitched against BJP’s newbie Ghanshyam Virani. In 2017, the grand old party lost the seat by only 905 votes and hopes to gain the seat in 2022. To beat anti-incumbency, the BJP replaced its sitting legislator Saurabh Patel with Virani. Both the Congress and BJP candidates belong to the influential Leuva Patel community. But AAP has fielded Umesh Makwana, a former BJP worker who belongs to the numerically stronger Koli Patel community.

In one of the constituency’s biggest villages, Sarva, voters belonging to OBC Koli Patel community appeared to prefer Makwana, while those from the Patel community seemed undecided. Koli Patels are the biggest voting block in the constituency, with numbers estimated to be around 85,000. Patels are the second biggest block with around 60,000 voters, while smaller communities like Bharwad, Parajapati, Dalits and others lag behind with around 50,000 voters.

The presence of the only Koli leader in the fray has made the road difficult for both the BJP and Congress. “I want to vote AAP this time. It is time for change. I don’t miss even a single episode of Mahamanthan,” said Shailesh, adding that as a Koli Patel, he will prefer Makwana to be his MLA. 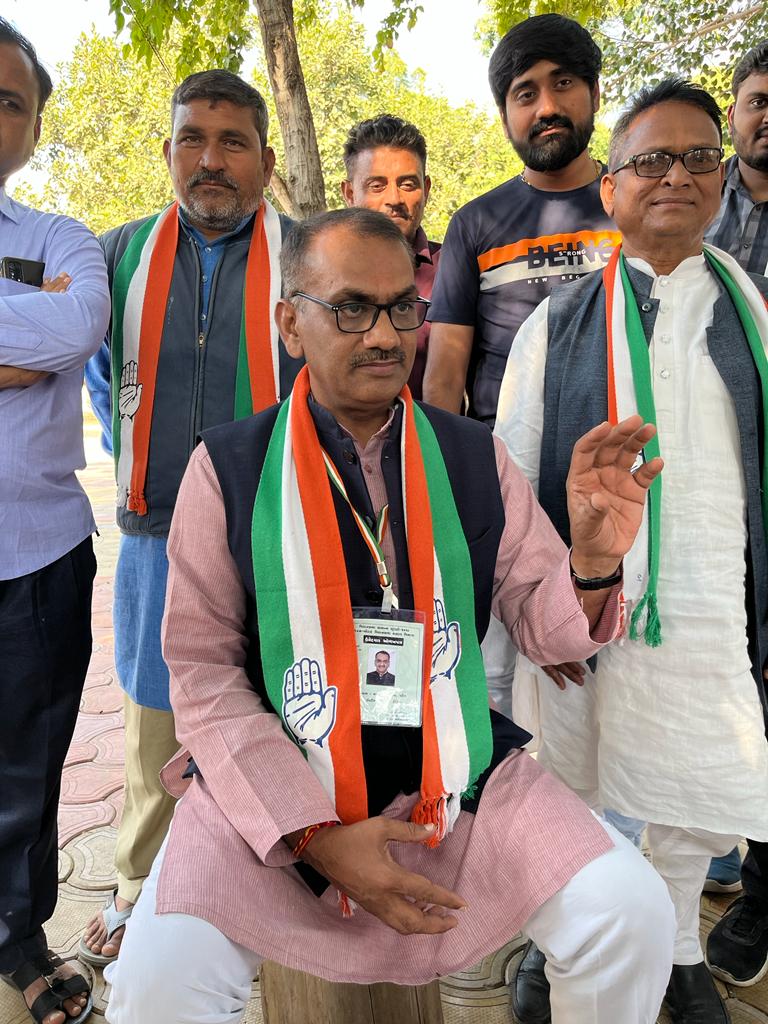 Congress’s Manhar Patel understands the AAP predicament but is assured that it will not hurt the Congress alone but also the BJP in the urban pockets of the seat. “Surely, some of the traditional Congress votes may shift towards AAP. But in urban pockets of the seat, a good section of BJP votes will also go to AAP,” Patel, who was visiting Sarva with around 10 people on the last day of campaign, told The Wire.

Patel, however, is rest assured that his door-to-door campaign for over a year and strategy to pick up local issues like poor sewerage, lack of drinking water, agrarian concerns or traffic congestion and invoke unfulfilled promises of the sitting BJP legislator will give him an edge over others. Yet it is AAP which has captured the voters’ imagination in the constituency. “BJP will form the government but I want to try AAP this time. Only AAP is addressing the real concerns of people of Gujarat. It is not indulging in making fake and unreal promises,” said Paresh Patel, a recent MBBS graduate in the village.

At a public meeting held at a temple in Sarva, the BJP candidate Ghanshyam Virani, however, exhorted people not to be dissuaded by the Congress or AAP and said that each vote for him will be strengthen Prime Minister Narendra Modi’s hands. “When you vote on December 1, remember that your vote is for a strong India. Our Prime Minister Narendrabhai singlehandedly took on China, rescued Indian students from Ukraine by forcing a ceasefire. When his Pakistani counterpart Imran Khan could not help his country’s students, Narendrabhai helped them too,” he said as he addressed a meeting.

Also read: A Green Lotus in Gujarat? Why AIMIM’s Own Leaders Are Questioning Owaisi’s Decisions

Both the Congress and BJP are nervous about AAP’s prospects and are unsure how their traditional voters will swing in 2022. AAP may not be in a position to win a large number of seats but is surely positioned to secure a respectable vote share. A large section of voters who want change or are even fatigued with BJP’s 27 years of unbroken rule believe that AAP may raise people’s concerns better than the Congress even as an opposition party. However, it still remains a fledgling party and a much weaker organisational force compared to the traditional parties of the state.

According to senior AAP leader in Gujarat Sagar Rabari, who is also contesting from Bechraj seat in central Gujarat, AAP is likely to damage the BJP as much as the Congress. “We are truly a third force. People are looking up to us as a political alternative, not merely as a player that may upset the BJP or Congress’s applecart. Those who feel that we will only hurt the Congress by dividing the opposition votes are mistaken,” Rabari told The Wire. 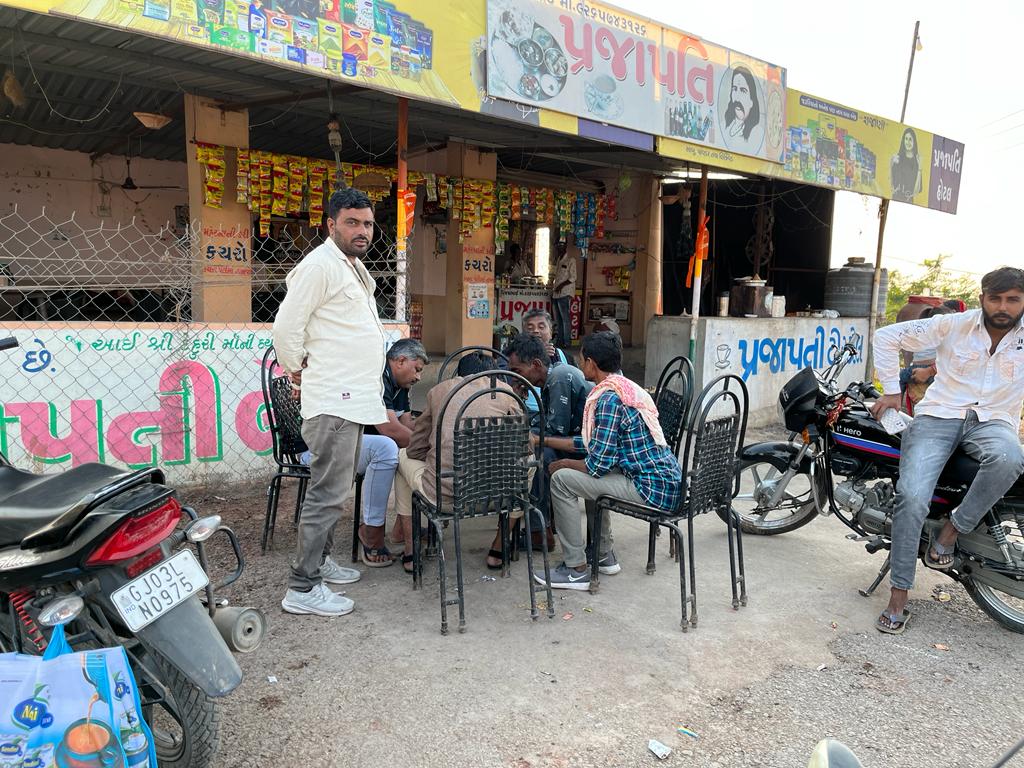 Another AAP leader who did not want to be named believes that AAP will cut into the BJP’s traditional votes in at least 48 urban seats. In such a scenario, the Congress may increase its urban presence if AAP takes away a substantial number from the saffron party, provided the Congress retains its own vote share.

Rabari believes that AAP’s presence in the state has pivoted the electoral campaign in a positive direction. “The elections moved invariably towards Hindu-Muslim polarisation earlier, because of which BJP benefitted. But AAP has successfully pivoted the 2022 election campaign towards people’s issues like health, education, inflation, unemployment and welfare talk,” he said.

The BJP had to respond to the new electoral field. Most of their leaders have devoted parts of their speeches on the BJP government’s achievements in the state. Yet, it has relied heavily on Modi’s appeal among voters to superceed the opposition’s focus on material issues of the state.

Also read: Planned Zinc Smelter Plant Has Turned Adivasis in This Corner of Gujarat Against the BJP

“Years of BJP presence in Gujarat has led to a strong Hindutvaisation of urban middle classes. Almost 46% of the state live in urban areas. Sects like Swaminarayan and Swadhyaya have contributed to this process greatly. BJP’s consistent performance in the state, irrespective of what its campaign is, stems from the Hindutvaisation of the state. For BJP voters, candidates don’t matter much. They would anyway vote for the Lotus,” Achyut Yagnik, founder of the Ahmedabad-based Centre for Social Knowledge and Action, told The Wire.

“The fact that two Gujaratis – Narendra Modi and Amit Shah – are currently the top two leaders of India also has a wide appeal among the state’s voters. Electing the BJP is also a prestige issue for a substantial section of Gujaratis,” he added. 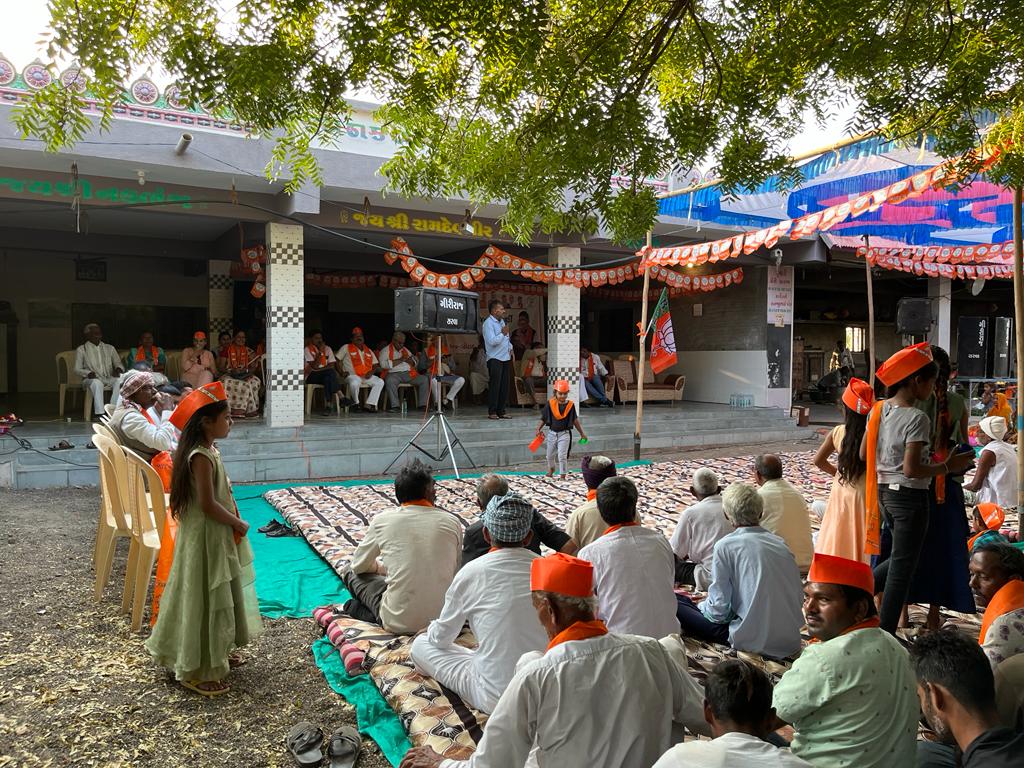 Ahmedabad-based political analyst Hari Desai concurs. “BJP’s campaign about Gujarati pride or even muscular nationalism is a tried-and-tested strategy to consolidate the Hindus who have traditionally been saffron voters. The last-minute orchestrated electoral campaign about how India is shining under Modi-Shah is to divert attention of disenchanted Hindus from their daily issues towards Hindu nationalistic sentiments,” he said.

Yet, the BJP is not taking the elections lightly. It understands people’s exhaustion with the saffron party at the state level and has been making amends over the last few months. It rescinded some of the development projects that would have entailed large-scale displacement from the tribal belt. The prime minister himself will complete 36 rallies by the end of the campaign. By appointing Bhupendra Patel as the chief minister, giving tickets to as many as 44 Patel leaders, and promulgating 10% EWS reservation, it has attempted to placate the financially and socially influential Patidar community which had led an agitation demanding reservation a few years ago. 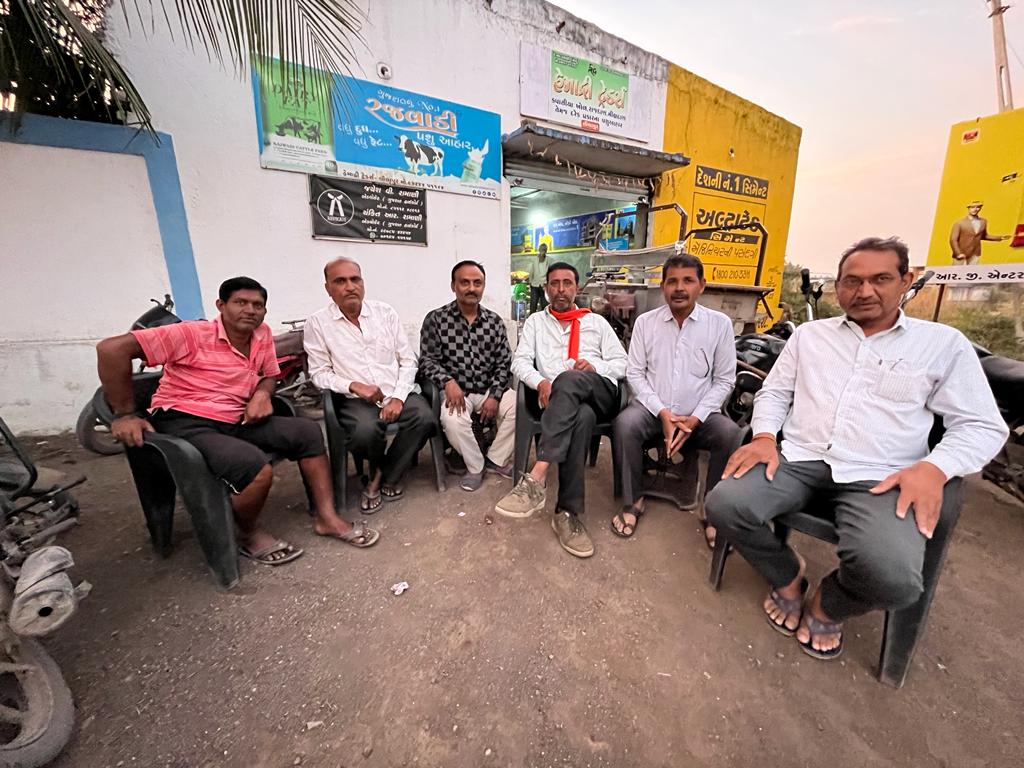 Congress, on the other hand, has evidently changed its strategy. It may be a lack of resources or the poor appeal of its top leadership among Gujarati voters, but the Congress leaders haven’t had many big rallies or roadshows. Instead, its candidates have led a silent campaign, raised local issues in their respective constituencies, and stayed away from making any statement that may help the BJP polarise the electorate along religious lines or blow up into a controversy. The party has also chosen its candidates based on its electoral formula to consolidate OBCs, Dalits, Adivasis and Muslims in the state. However, its biggest weakness has been its poor performance as an opposition party during the last five years – a factor that prevents many swing voters from allying with the Congress.

The first phase of elections is particularly crucial for the opposition parties. The BJP suffered heavy losses in the 54 seats of Saurashtra last time. Congress has secured 30 of these seats. It will hope to repeat its performance. For the AAP too, South Gujarat, especially Surat, Amreli and Rajkot, and Saurashtra, are the most important. The Arvind Kejriwal-led party has focused its attention primarily on these regions. The BJP will look to control its losses in these regions as much as it will hope to consolidate its strongholds in north and central Gujarat where polling is on December 5.