The Union government's recommendation comes amidst a series of actions taken against Chinese firms operating in India following clashes between the two countries' troops in Ladakh in 2020. 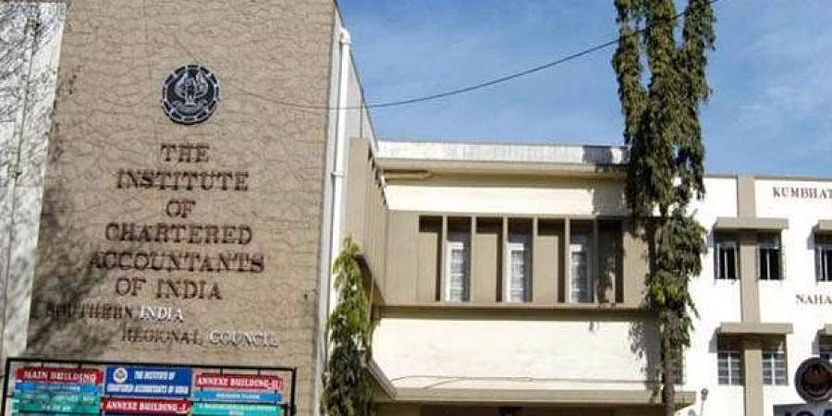 New Delhi: The Union government has reportedly recommended that action be taken against 400 chartered accountants (CA) and company secretaries (CS) for allegedly helping incorporate Chinese shell companies in several Indian cities without complying with the established laws and rules.

According to a report by The Hindu, financial intelligence units provided inputs about the matter to the Ministry of Corporate Affairs (MCA), after which the Ministry recommended the action.

No statement has come from the ministry yet.

The legislation made amendments to three Acts – Chartered Accountants Act, 1949, the Cost and Works Accountants Act, 1959, and the Company Secretaries Act, 1980 – and sought to “enhance the accountability” of CAs and CSs. While opposition parties had suggested a number of amendments to the law and had warned of an overreach, it had been passed by voice vote in the upper house without accepting these amendments.

The ICAI, in a statement to the newspaper, confirmed that the Institute had received complaints from a number of registrars of companies from across India for alleged “links to Chinese nationals”.

However, the Institute noted that the said complaints are currently being processed under the Chartered Accountants (Procedure of Investigations of Professional and Other Misconduct and Conduct of Cases) Rules, 2007, and that the alleged guilt of these CAs and CSs is still being determined.

As such, the newspaper quoted the statement as saying that it would be “premature to comment on the same”.

This matter is the latest in a list of actions taken by the Union government against Chinese-owned or Chinese-run firms in the country since violence broke out between Indian and Chinese troops at the Galwan Valley in 2020, when 20 Indian soldiers were reportedly killed.

In fact, even before the Galwan violence, India in April, 2020 had amended its foreign direct investment (FDI) rules to make it mandatory for nations sharing a border with India to obtain approval from the Union government before investing in India through FDI.

Prior to the amendment, approval from the Ministry of Home Affairs was required only for investments into critical sectors, such as Defence, Telecommunications, private security and the like as well as for any investments coming from Pakistan and Bangladesh.

After the Department for Promotion of Industry and Internal Trade (DIPP) made the amendment, FDI from Chinese companies all but dried up. However, trade between the countries remained high. According to The Hindu report, trade between the two countries hit a record-high last year at $125 billion.

Further, on June 1, the MCA had made amendments to the Companies (Appointment and Qualification of Directors) Rules, 2014 which, again, required security clearance from the MHA if an individual belonging to one of India’s neighbours was to be a director or shareholder of an Indian company.

Moreover, Chinese companies in India have also been at the receiving end of increased scrutiny from investigative agencies. Most recently, in April this year, Chinese smartphone company Xiaomi had been pulled up by the Enforcement Directorate (ED) under allegations that the firm had made illegal foreign remittances in the guise of royalty payments.

The incident – as well as allegations of abuse at the hands of the ED from Xiaomi officials – had prompted China to implore the Indian government to treat Chinese firms fairly.