Along With Asthana, Govt Ousts CBI Officer Who Moved SC With Explosive Allegations

The development comes days after Alok Verma was shunted out of the post of CBI director. 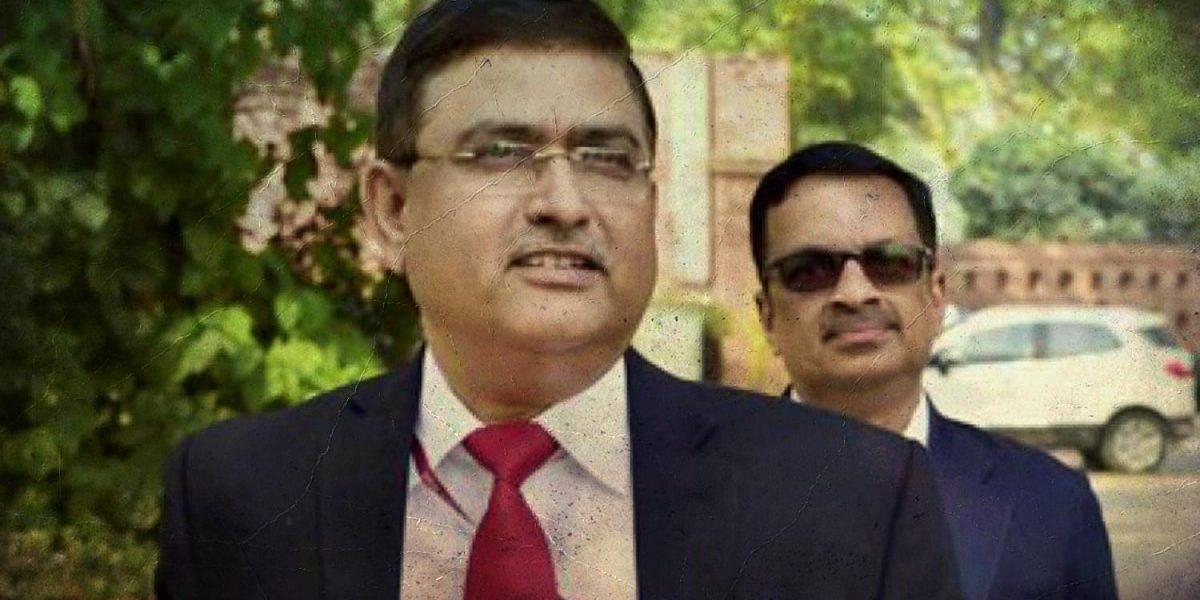 New Delhi: Questions about special director Rakesh Asthana’s tenure in the CBI – in the eye of the storm because of allegations of corruption – were finally answered on January 17 when an official order issued on Thursday said that tenure has been curtailed with immediate effect.

But whether the shifting of Asthana, per se, was the priority of the appointments committee of cabinet (ACC), headed by Prime Minister Modi, or the ouster of two key officers who were also moved out via the same ACC decision is unclear.

For the exit of the controversial CBI No. 2 – against whom an FIR for extortion was filed last October by the CBI itself – has been accompanied by the “curtailment of tenure” of two other officers – joint director Arun Kumar Sharma and deputy inspector general Manish Kumar Sinha – who were in the cross-hairs of the government for having acted against Asthana.

A fourth officer, superintendent of police  Jayant J. Naiknavare, was also shifted out of the CBI on Thursday via the same notification but sources said he had requested a transfer back in September 2018 in order to be eligible for a promotion in his parent cadre.

“Curtailment of tenure” is bureaucratese for giving someone marching orders from their current post. 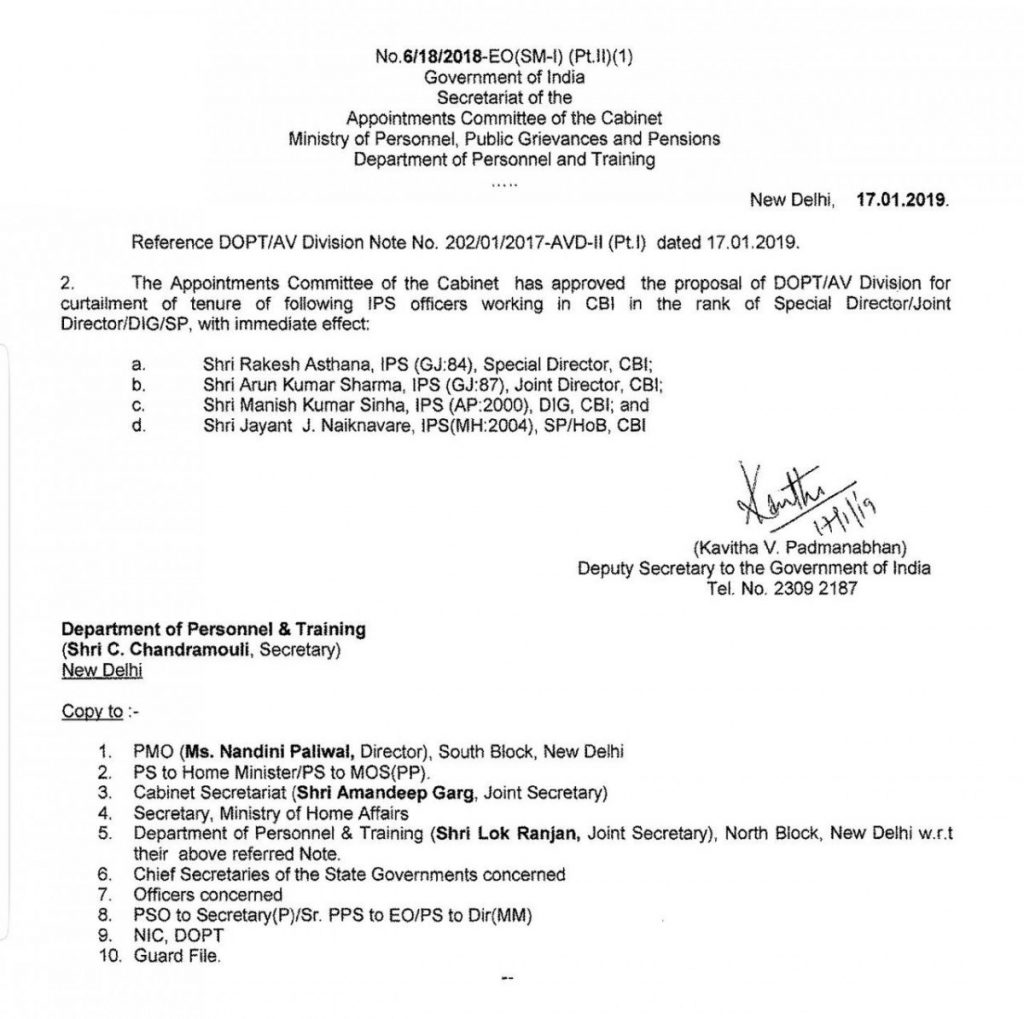 The official order curtailing the tenure of Rakesh Asthana, M.K. Sinha and two other CBI officers

In a petition in November before the Supreme Court, Sinha, one of the ousted officers, had alleged that national security advisor Ajit Doval had intervened to ensure the CBI’s investigators did not collect the mobile phones of Rakesh Asthana and Devender Sharma as evidence at a crucial moment in the investigation against Asthana.

Asthana, considered close to Modi from his days as Gujarat chief minister, was made acting director of the CBI when Anil Sinha retired as director in December 2016. His appointment was subsequently challenged in the Supreme Court.

According to a source familiar with the functioning of government agencies, Asthana’s exit from the CBI will also now allow the prime minister to move Y.C. Modi (1984 batch), currently head of the National Investigation Agency, or Subodh Jaiswal of the 1985 batch, currently police commissioner of Mumbai.

Y.C. Modi, considered front-runner because of his proximity to the prime minister was pulled up by the Gujarat high court in 2013 for the “botched and blinkered” investigation into the 2003  murder of senior BJP leader Haren Pandya.

An officer of the 1984 batch of the Indian Police Service, Asthana was promoted to the rank of additional director on the date of Sinha’s retirement and became the senior-most officer in the agency when R.K. Dutta, then the special director,  was shunted out to the Union home ministry. In an interview to The Telegraph last November, Dutta revealed: “The government had already decided to eventually hand the agency’s reins to Asthana. So it removed me and appointed him interim director on December 2, the day Sinha retired, with the idea of appointing him the full-time director after some time.”

The latest changes in the CBI comes days after Alok Verma was shunted out of the post of CBI director and appointed Director General of Fire Services, Civil Defence and Home Guards.

The 2:1 decision was made after a more than two-hour long meeting of the panel, which comprises Prime Minister Narendra Modi, the leader of the largest opposition party – Congress leader Mallikarjun Kharge – and Justice A.K. Sikri. Sikri was standing in for Chief Justice of India Ranjan Gogoi, who recused himself from the process as he had written the order backing Verma on January 8.

Verma had refused to take up the new post, saying he had already superannuated from the police service.