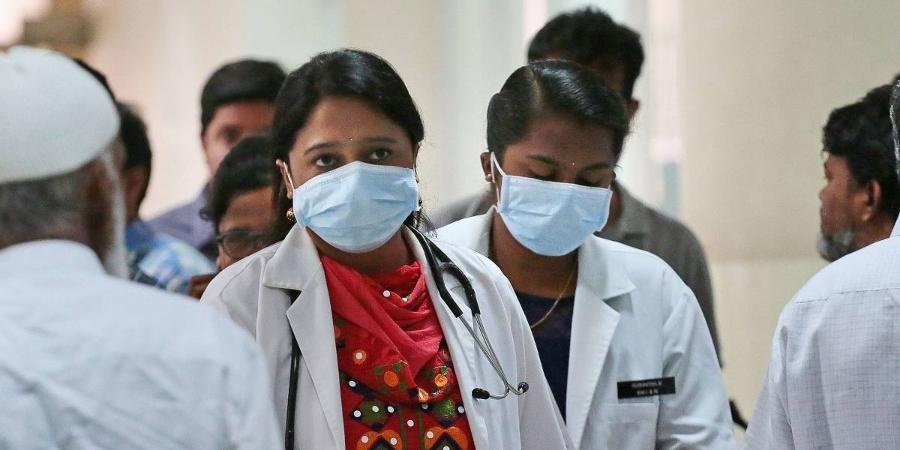 Panaji: Last week, the Goa government suspended the COVID-19 testing licence of SRL Diagnostics, the only private lab that had been allowed to test for the coronavirus in Goa. All tests are currently carried out only in the government-run laboratory at the Goa Medical College. The state government said the decision was taken after three industrial workers who had been reported positive by SRL Diagnostics turned out to be negative in two subsequent tests at the government hospital.

SRL, however, said it stood by its test results. In a statement to The Wire, the diagnostics company’s Goa laboratory head Eugene D’Souza said: “We at SRL understand that the testing for COVID 19 is an extremely critical process and hence we strictly follow elaborate processes, guidelines and protocols laid down by ICMR, including running all the controls and calibrations. And we are only using ICMR approved kits and testing techniques, i.e. – RT PCR. Hence, we stand by our reports.”

The company said “given the gravity of the situation”, it has sent the same samples for re-testing in a government lab.

Calling SRL’s suspension a “well-considered decision”, Goa’s health secretary Nila Mohanan told The Wire that the fact that the laboratory had erred in three cases could not be ignored. “The matter was put up on file to the medical team and a decision was taken to temporarily suspend permission to SRL Diagnostics.” Mohanan said the situation would have been much worse if the laboratory’s tests returned false negatives.

She claimed the three “false positive” cases involved one pharma and two industrial workers, implying they had all come into the state from “outside”, when the units were reopened after the partial lifting of the lockdown.

However, a senior cabinet member told The Wire that all three were pharma workers (no pharma unit was shut down in Goa all through the lockdown). He questioned Sawant’s decision to suspend permission to SRL without following the required protocols, when the company holds an ICMR licence for testing at its reference labs in Gurgaon and Mumbai (where the Goa tests were done).

Mohanan said the state’s vigilance at the border – “we’ve been catching all the cases at source” – coupled with its 4.5 lakh household survey, showed its containment strategy had worked to prevent community transmission.

Reports filed in national and local dailies have questioned the effectiveness of these measures, which have been described as highly porous and leaky by reporters on the ground. 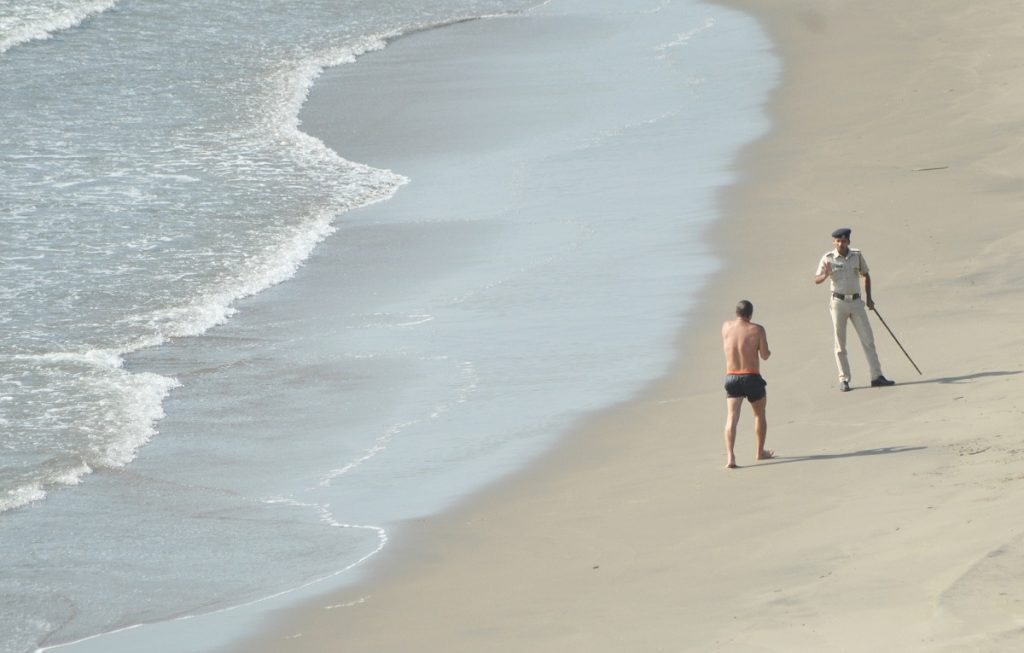 On Sunday, Goa saw the largest single-day spike of 11 new cases (all of whom arrived by train), taking the state’s count to 50 cases currently. It had no active cases for weeks, until May 13.

Yet riding on the propaganda of a “Covid-free Goa”, the state’s gung-ho leaders have been itching to re-open this tourist destination for business and for iron ore extraction, its two biggest economic activities. Governor Satya Pal Malik too joined in the chant: “Everyone knows that Goa is corona-free, so domestic tourists will come here,” he said to ANI, in what sounded like an open invitation for tourists to head to Goa.

In an interview to NDTV last week, Goa chief minister Pramod Sawant stressed several times that Goa is “covid-free” except for the “imported cases”. Once the lockdown 4.0 ends on May 31, Goa would consider opening up to tourism, he said.

As more people began to return from big cities, where the situation has become worse, there are more ‘imported cases’ being recorded. Eleven patients were identified on the train from Mumbai on Sunday; another 50 passengers who could have been infected have also been quarantined in hotels by the government.

It was mainly people with second homes in Goa who were headed here, Sawant claimed on Sunday, sweating from the criticism of his flip-flops that are now stretching the state’s health infrastructure. “We’re not fools to just invite tourists to Goa,” he told the media briefing.

However, this does not seem to be true. A senior government official said five couples with no connections in the state had breezily chugged into Goa last week for their honeymoon. They tested negative and even managed a hotel stay, courtesy the government of Goa, waiting for their test results. 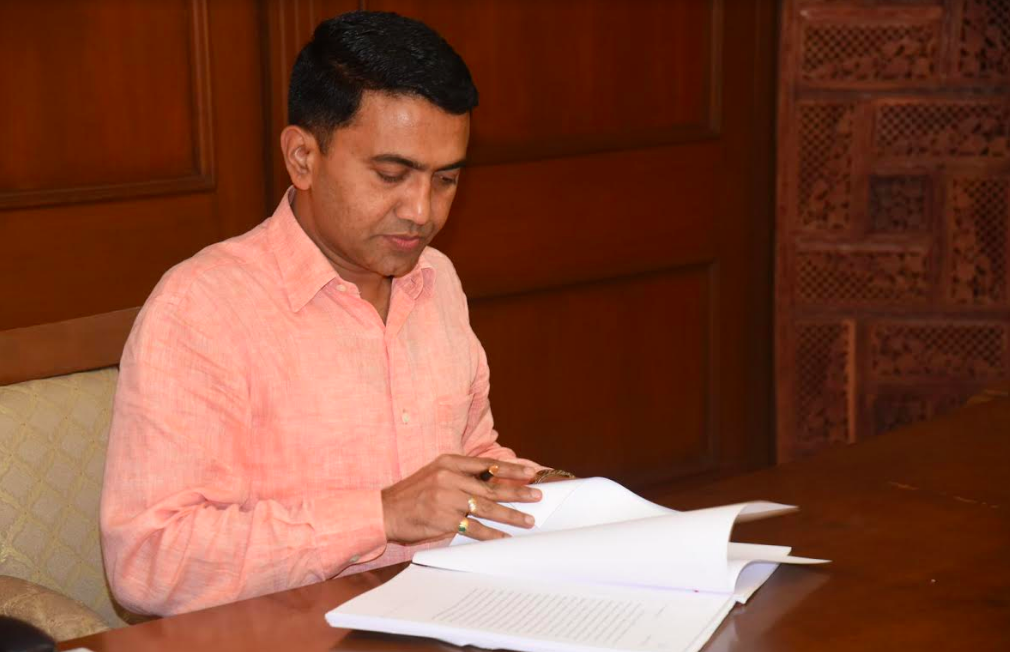 Yet bracing for an avalanche of 4,000 new arrivals on Monday (after the opening up of domestic flights), the Goa CM and his advisors watered down, rather than tightening, the guidelines for those coming in. A person can now opt for 14 days of home quarantine (a requirement most persons in quarantine currently violate with impunity) upon arrival if she prefers to shell out Rs 2,000 for the coronavirus test. Those who have gotten tested for the virus during the 48 hours before travel will also pass through.

An intense power struggle between health minister Vishwajit Rane, who was responsible for setting up the state’s infrastructure to fight the pandemic, and Sawant, who’s surrounded by a cabal of bureaucrats and an overbearing medical advisor out to sideline the health minister, could undo all the good that Goa’s intense lockdown had achieved.

Panaji-based physician Oscar Rebello said, “All the hard work and sacrifices put in by Goans during this lockdown period will have come to nought with this absurdly unscientific SOP of going easy on the mandatory testing and quarantine of those coming in. The Goa government is answerable to the people of Goa and not to Delhi.”