Why 'Free' Speech Is Not Always 'Costless'

Confusion over what 'free speech' means stems from equating the two different senses in which it is used: free as in unconstrained, and free in the sense of not having a price or cost. 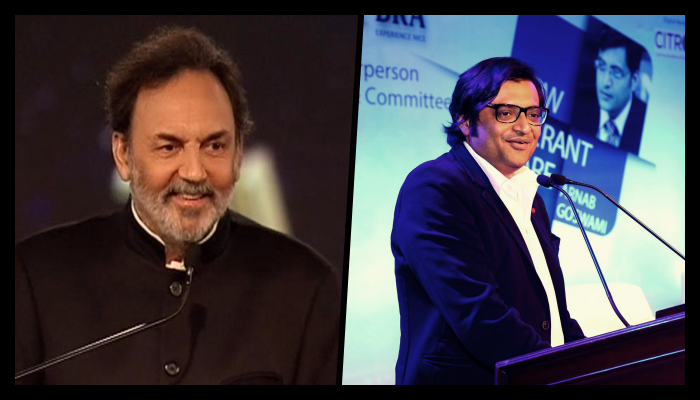 A recent CBI raid at the premises of the owners of NDTV, over an old case involving a partial waiver of interest on a private bank loan that was settled, has sparked off yet another round of debates and soul-searching about freedom of the media, the spectre of authoritarianism and more broadly, freedom of expression in India.

Some of the positions are predictable and partisan.

To say that one should separate the owners of the company from the company itself (and therefore not see this as an attack on NDTV), or that everyone is equal in the eyes of the law, may be technically correct. However, they are rather disingenuous given the realities of India.

There is a long history of ruling parties in India using government institutions to settle political scores – after all, the CBI was described as a caged parrot by a Supreme Court judge during Coalgate and as the Congress Bureau of Investigation by the BJP when it was in the opposition. Given the power that the government has over the lives of ordinary citizens, it is not a stretch to say that the Soviet-era quip “You show me the man and I will show you the crime” rings true in this context.

Similarly, private and public organisations, from companies and political parties to various branches of the government, are all subject to disproportionate influence by their owners or leaders, though in an ideal world this shouldn’t be the case. Therefore, as much as they have to take the blame when something goes wrong (for instance, Vijay Mallya emerging as the poster boy of all that is wrong with crony capitalism in India) if they are targeted by a government organisation, the claim that it has nothing to do with their organisations rings hollow. This is especially true in the present case when the charges don’t appear compelling even to commentators generally sympathetic to the present government.

The public debate on this issue is marked by the usual partisan din of charges and counter-charges of selective outrage (whataboutery), and claims of extenuating circumstances for one’s own side (the ‘but’-brigade). More interestingly, it also reveals some avoidable confusion regarding freedom of expression.

Even in the private domain, speech is never free in the sense of not having any cost or consequence. If I insult a friend or hurt his or her feelings, I might be well within my rights to do so but I cannot rightly expect that there will be no impact on our future interactions.

The cost of free speech might become more dramatically visible in the relationship between individuals and organisations. A weather forecaster has the right to announce a rainy day when it is expected to be sunny, just on a lark, but the TV channel would be within its right to dismiss him or her from the job for neglecting to carry out his or her duty (although, given the nature of weather forecasts, an excuse of randomness can always be invoked).  A teacher does have the right to say two plus two is sometimes five as much as the school has the right to fire him or her.

Similarly, a private TV channel does have the right to invite only those of a certain political leaning as commentators if it wishes or if that is what its viewers want. This does not violate the freedom of expression of someone with a dissenting view – he or she is presumably free to voice those on another channel. However, once again, “free” does not mean “costless”.

Exercising freedom in this context does affect the organisations’s public image. Fox News in the US calls itself fair and balanced but nobody in their right mind believes in that description. Similarly, the Indian media has traditionally had a left-liberal slant, leaving aside the recent rise of scream-from-the-screen TV phenomenon of the hyperventilating right. So long as viewers are aware of the slant, a media outlet is free to have a slant, but it will not be costless from the point of view of their reputation for objectivity.

However, facts should be separated from opinions in this respect. I am entitled to the opinion that my hometown is the best place to live on earth. I am not entitled to publish a news report that manipulates statistics and facts to try to objectively corroborate this view.

Similarly, defamation laws exist to protect individuals from unwarranted damages to their reputation. I can say I don’t like someone but I am not allowed to state that he or she did or said something when I can’t back up my allegation. One has the freedom to say what one wants, so long as it can be proved, otherwise, there will be a price to pay in terms of damages and settlements.

Fake news is not protected by free speech regulations since it is being sold as news or as accurate. In that sense, it is no different from false advertising or misleading people for private gains. It is protected by freedom of expression laws but not by penal codes against cheating. And of course, neither is any speech that directly threatens public safety or is deemed as inciting violence.

However, all this assumes there is a neutral arbiter in the form of the state that enforces laws and ensures that the rights of private individuals or organisations are protected. The state has coercive power over individuals and can punish them in many ways, including imprisonment. A private organisation, in contrast, at most has the right to exclude an individual as an employee, contractor, or a customer.

That is why freedom of expression is of paramount importance in the context of the state’s relationship with private individuals and organisations. Without enough safeguards, a democratic state can easily turn into an authoritarian one.

The distinction between private individuals or organisations and the state turns on two related factors: the state is in charge of enforcing the laws that regulate how private individuals and organisations interact, and because of this, it has coercive power. If someone thinks that NDTV is biased, he or she is free not to watch its TV channel or read its news website. No one has that option when dealing with the potentially punitive arms of the state.

As I wrote in this space earlier, freedom of expression can only be fostered in an environment where the rule of law works well. Otherwise, all the safeguards mentioned above in mediating among private individuals and organisations fall apart and mob-rule replaces rule of law.

But even if the rule of law works well, using the coercive institutions of the state in a way that makes it costly for individuals and organisations to express dissenting views, results in a violation of freedom of expression. Even if it starts with the silencing of the voices that you are not particularly fond of hearing, eventually this results in silencing every voice. And, you will no longer be able to protest if your other freedoms are at stake. Given that with the state one does not any way have the exit option that one has for private individuals and organisations, loss of voice is not a choice one can afford.