Whether it was demonetisation, GST implementation or the national lockdown, the prime minister and his advisors could have ensured compliance with minimum dislocation if these decisions had been taken with planning foresight. 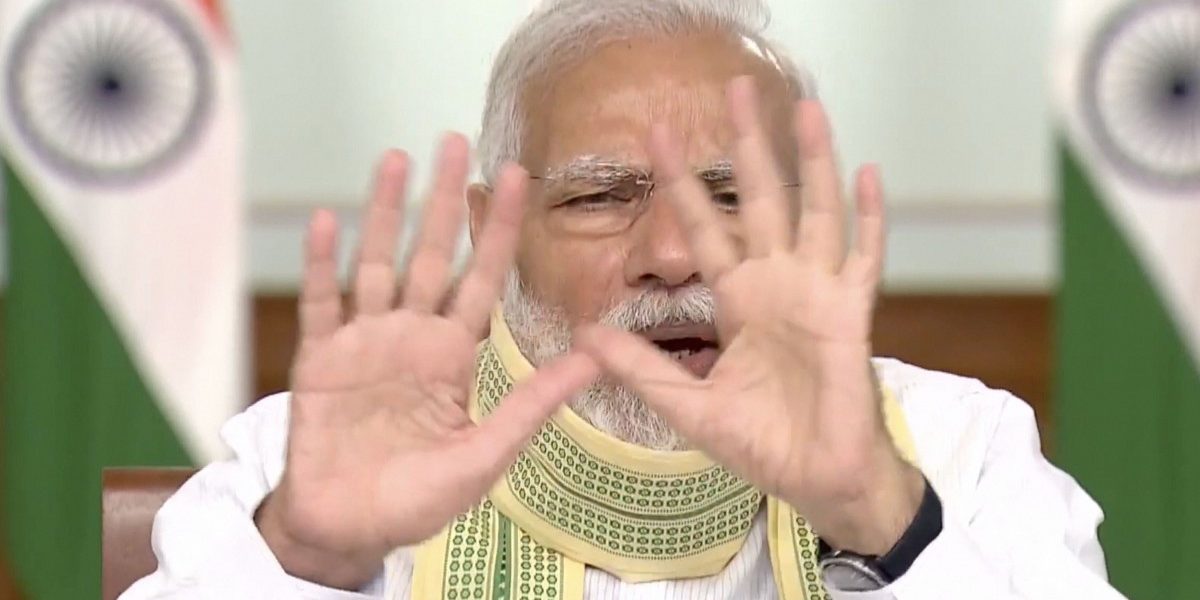 For a country of India’s size, should decisions impacting every citizen be taken in a knee jerk manner?

Imagine if, instead of his abrupt lockdown announcement on March 24 at 8 PM, Prime Minister Modi had said the following on March 11, 2020:

“Today, the World Health Organisation (WHO) has announced that COVID-19 can be characterised as a pandemic. The WHO has rung the alarm bell loud and clear. There have been 1,18,000 cases in 114 countries, and 4,291 people have lost their lives. In India the first case of COVID-19 was detected 41 days ago, on January 30. Since then, the situation is worsening. I have just had a video meeting/conference with all chief ministers. We have, therefore, been constrained to take a decision to lock down India with effect from midnight, March 24. In the next 13 days, those of you who wish to return home are advised to do so by then. Train, bus and domestic flight services will remain operational till March 24, but inward international flights are being suspended with effect from March 15, since the origin of COVID-19 is outside India. From March 24, even outbound international flights will remain suspended. Those wishing to leave India may do so then.

“We know that this impending lockdown will immediately impact daily wagers, migrant workers and the poorest. Also impacted will be trade and industry. Indians stranded abroad will also be adversely affected. Accordingly, a fiscal package is being immediately worked out to transfer adequate cash to the poorest. For trade and industry, a similar package is being worked out. The RBI will simultaneously work out an appropriate monetary policy for immediate implementation.

“Instructions are being issued to Indian Missions abroad to make arrangements for our citizens stranded abroad till inbound international flights are restored. The Government of India will defray the expenses. Additionally, the Central government is immediately injecting funds to boost healthcare and allow additional drawing facility to states through the RBI. All states have realised the gravity of the pandemic and we shall jointly overcome it in the spirit of cooperative federalism. At this critical juncture, spending will not be a limiting factor. Lives and livelihood must both be protected. We shall borrow domestically or monetise the deficit, whatever it may cost, since the danger signal voiced by WHO is loud and clear.”

Since we are asking “what if”, let’s go back to July 1, 2017 and imagine that Modi had announced (instead of implementing GST from that day, abruptly) that the Goods and Service Tax (GST) would be implemented with effect from July 1, 2018, replacing existing multiple indirect taxes levied by the Central and state governments. The process of switch-over will entail specialised knowledge and rigorous training would be imparted to all concerned.

Flashback further still to November 8, 2016. Imagine wishfully that Modi had said – instead of abruptly announcing demonetisation from midnight that day –  that existing high denomination notes would be phased out with effect from April 1, 2017, and that those holding such notes were being given 143 days to exchange those with new notes in banks.

He could have said adequate new currency notes have been printed and stocked for exchange at every branch of all banks. “Not a single person will be left out. If need arises, even the 143 days’ time could be extended further, say till June 1, 2017. This move will flush out the stock of unaccounted cash in high denomination notes. Not a single person will be harassed. If you cannot explain the source of your cash to be exchanged, then you will simply have to pay tax on it at the appropriate rate without any interest penalty or persecution.”

If Modi had really acted in this manner in all three situations, India could have saved dozens of lives. The country’s GDP growth would have been higher. Its fiscal situation would have been comfortable today.

But taking and announcing decision in this manner require thinking, planning and yielding to constitutionalism, not adhocism. Adhocism has cost India dear. Innocent lives have been lost and and the poorest been made poorer still.

Amid this dismal situation, the apex judiciary has folded its hands in despair. When starving migrants are walking hundreds of miles to return home, can’t the apex judiciary issue a mandamus to the state to enforce Article 21 of the constitution? In my view, this is the fittest case ever for issuing continuing mandamus by the apex court.

If the state and the apex judiciary both collectively fail to enforce the right to life and livelihood, what happens to the basic structure of India’s constitution ? Does it remain suspended, the way it was during the emergency?