A government used to 'thali-beating' and lamp-lighting obedient 'bhakts' has no understanding of how to deliver justice to India's marginalised people, protesting in a democratic manner.

There is no hope of an early breakthrough even after more than 50 days of sit-in on the outskirts of Delhi and nine rounds of dialogue between agitating farmers and the Centre for the repeal of three controversial farming laws.

In the last meeting held on January 15, farmer leaders unanimously rejected the demand by ministers to reduce the size of delegation. The farmer leaders were of the view that the government was trying to create divisions among the farmers’ groups to break their unity in order to weaken the agitation. They remained firm that all 40 organisations, which represent more than 500 groups across the country, would continue to be present for the meetings in future. The next meeting is scheduled for January 19.

By directly engaging with farmers, the government has in a way made the Supreme Court-mandated committee infructuous. The moment committee was announced on January 12 serious questions were raised on its impartiality. Members nominated to the committee had in the past expressed themselves in support of the farming laws that agitating farmers are demanding to be repealed. It is difficult to understand as to what was the need of forming the committee when none of the agitating farmer groups had approached the court?

Farmers burn copies of the new farm laws as they celebrate Lohri festival during their ongoing protest against the central government, at Singhu border in New Delhi, Wednesday, Jan. 13, 2021.

The farmer leaders knew it well that going to the court was a trap from which they can come out only defeated. In a press release on January 11, a day before the court order, Samyukta Kisan Morcha, a common platform of thirty-two agitating farmer organisations, made it clear that “they are collectively and individually not willing to participate in any proceedings before a committee that may be appointed by the Honourable Supreme Court”. Formation of the committee only re-confirmed their apprehensions and vindicated their stand.

In fact, the committee lost its sheen soon after its formation, when one of the members nominated by the court recused himself. In a press release, Bhupinder Singh Mann of the Bhartiya Kisan Union said: “I am ready to sacrifice any position offered or given to me so as to not compromise interests of Punjab and farmers of the country.” Prem Singh Bhangu of All India Kisan Federation, who attended the meeting on January 15, claimed that the ministers were also of the view that the issue has to be resolved between farmers and the government.

So, the Supreme Court intervention has not paid any dividends to the government. The government would have to continue facing the wrath of farmers and workers, who have joined hands to confront this government. A government used to thali-beating and lamp-lighting obedient “bhakts” has no understanding to deal with the spilling of anger on the streets of India by marginalised people to seek justice in a peaceful and democratic way.

Notwithstanding the repeated assurances given by farmer leaders to keep their all protests peaceful, the government panicked after the announcement by agitating farmers to organise a parallel event on Republic Day, January 26.

The parallel programme by farmers is likely to attract huge national and international attention that would catapult the farmers’ issue to the international stage and expose the attitude of the government. The fear in the government got compounded after some of the agitating farmers vandalised the venue of the Kisan rally of Manohar Lal Khattar, chief minister of Haryana, in Karnal district, on January 10.

In the last more than six years, the only way that this government knew how to deal with protesting masses is to brand them as “traitors” before unleashing repressive and/or divisive measures. This is what exactly the government tried with the present agitation. A false narrative was propagated using social media posts and corporate-controlled print and electronic media that the movement was in the hands of Khalistan supporters and “urban naxals”. But it failed to produce the desired result.

To take the propaganda to a higher forum for better credibility, attorney general raised the issue of “Khalistani” supporters joining the protests during the hearing in the Supreme Court on January 12. He promised to produce an Intelligence Bureau (IB) report about it. Having served in the organisation, I am sure that getting an IB report to support this contention would not be difficult. May be that attorney general already has one in his pocket. 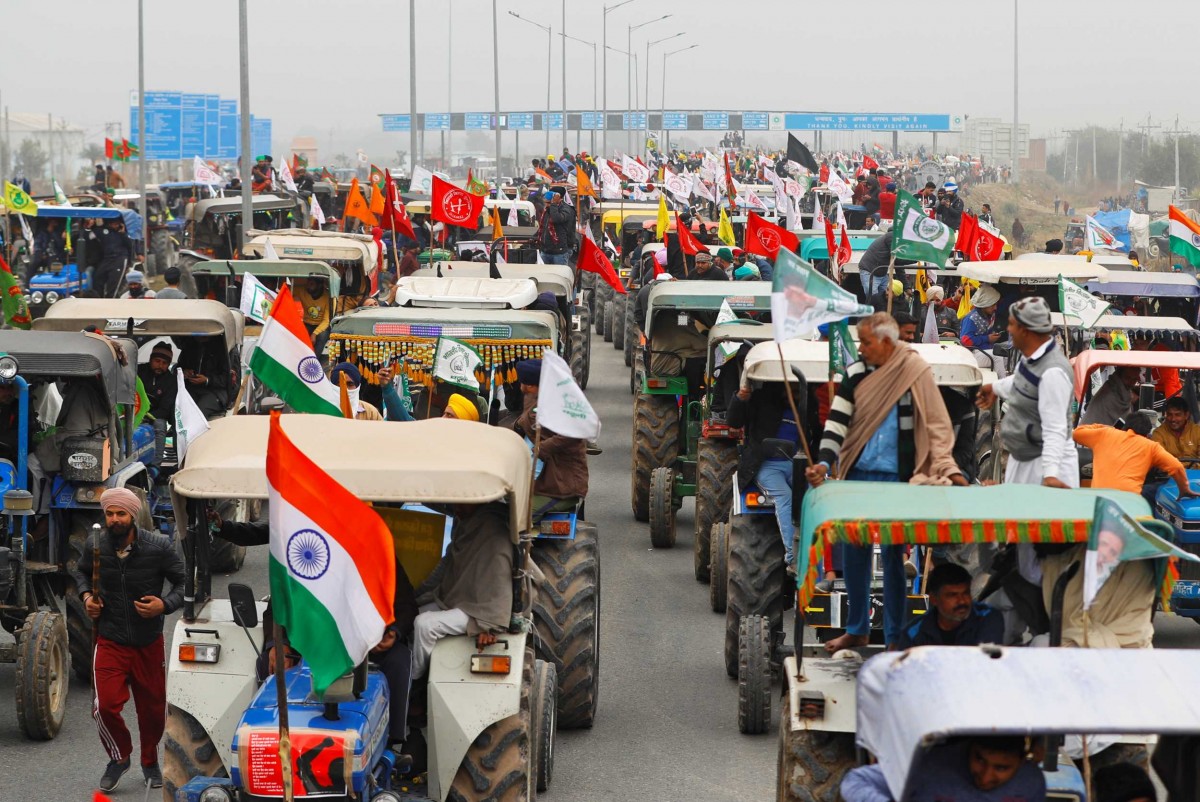 It is creditable that the farmers and their leaders continue maintaining their composure despite such provocations. Credit should be given to the farmers and their leaders for exposing the corporates who would gain at their cost when these controversial laws are implemented. They have also named and shamed the corporate-controlled media (godi media) before boycotting it.

The farmers are sustaining the agitation with determination and dignity against all odds for so long despite suffering and avoidable loss of lives of protesting farmers. It is rare that the poor of this country get justice. This is true even after transitioning from colonial rule to democratic constitutional governments.

It will not only be painful but also dangerous for the country if a common man loses hope and faith in the court that has been made guarantor of fundamental rights under the constitution. Unfortunately, that day doesn’t seem to be too far.