Announced in the 2018-19 budget, the scheme was meant to provide small and marginal farmers with 22,000 mini APMCs and thus fair prices. But RTI queries show that not a single haat has been developed into an agricultural market. 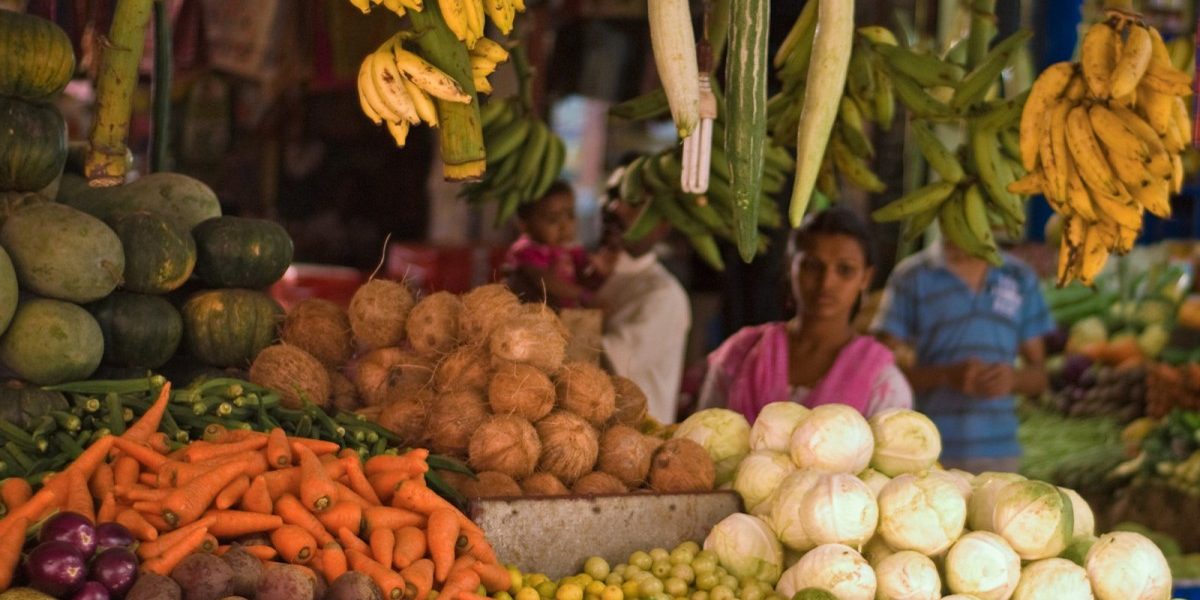 Not a single haat has been converted or developed into an agricultural market under the Narendra Modi government’s ambitious project to upgrade 22,000 rural markets across the country as outlined in the 2018-19 national budget.

This information, revealed by documents obtained by The Wire under the Right to Information Act, casts doubt upon the claims made by the Centre as well as state governments of providing better agricultural markets to the nation’s farmers.

All fertiliser, no seeds

The 2018-19 budget had accepted the Doubling Farmers’ Income Committee’s recommendation and declared that 22,000 rural haats across the country would be converted into agricultural markets to strengthen the sale mechanisms of agricultural products and to allow farmers who cannot reach the APMC markets to get fair prices for their crops.

However, NABARD has claimed that not even a single state has submitted a proposal to obtain the fund so far. This is despite the AMIF guidelines according to which only those states and UTs that have had their submitted proposals verified and approved by March 31, 2020, are eligible to receive the fund under the scheme.

“The Government of India has since issued operational guidelines on Agri-Market Infrastructure Fund (AMIF) to State Governments and NABARD has issued internal guidelines to its Regional Offices on July 22, 2020. However, as on date, we have not received any proposal from any State (sic),” Central public information officer Devasis Padhi wrote in response to The Wire’s RTI query.

The scheme, crucial for states with poor agricultural marketing system, was slated for implementation between 2018-19 and 2025-26.

Since no state has submitted any proposal so far, no funds have been released and no haats have been developed or upgraded into Grameen Agricultural Markets (GrAM).

Experts say that the design of the scheme is problematic. That the Centre has made a provision for providing loans under this fund instead of dispensing amounts immediately could be a major reason why no state has submitted a proposal. 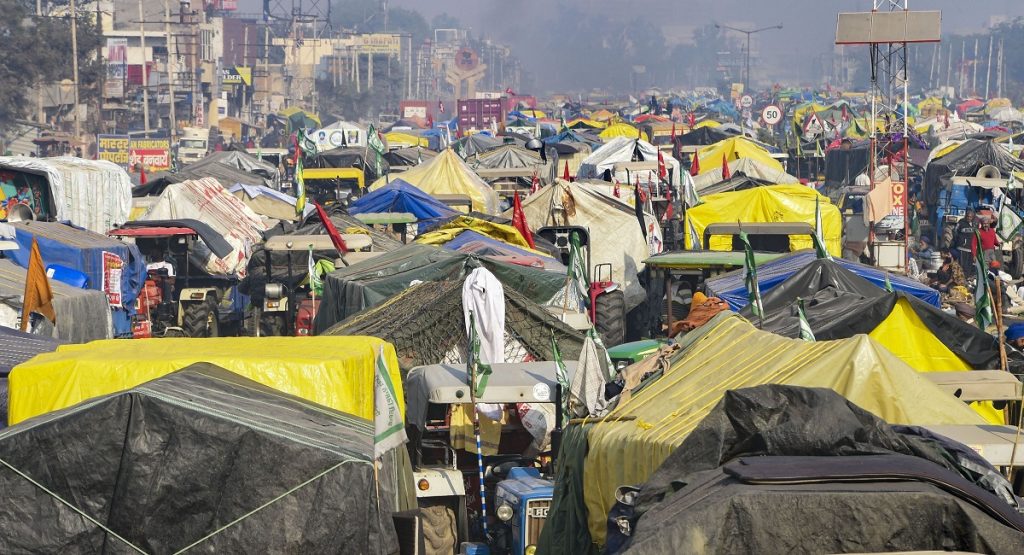 APMC markets have been set up across different districts of the country for the sale and purchase of agricultural products. However, they are so few in number and located so far from many farmers that transportation costs can be unaffordable for small and marginal farmers.

In its reports between 2004 and 2006, the National Commission on Farmers headed by eminent agricultural scientist M.S. Swaminathan had recommended that agricultural markets should be constructed to serve an area of 80 square km each in order to grant fair prices to all farmers.

In reality, however, the average area served by an APMC market is 496 sq km, which not only shows the dearth of agricultural markets in the country, but also makes them accessible to big farmers alone. As of March 31, 2017, there were a total of 6,630 APMC markets in India.

Therefore, the 2016 Committee on Doubling of Farmers’ Income headed by Ashok Dalwai recommended that the 22,000 village haats across the country should be upgraded into agricultural markets. Located at the village level, these agricultural markets would be easily accessible to all strata of farmers.

Under this scheme, public works would have to be undertaken in these rural haats, such as the construction of boundary walls, roads and drains, parking lots, electricity system, specified areas for purchase and sale, cold storage, sanitation, restroom, drinking water, toilets and planting of trees.

These projects were to be carried out by the Centre’s already existing schemes, such as MGNREGA, Mission for Integrated Development of Horticulture, Agricultural Marketing Infrastructure, Rashtriya Krishi Vikas Yojana – Remunerative Approaches for Agriculture and allied Sector Rejuvenation, Pradhan Mantri Kisan SAMPADA Yojana, as well as the new AMIF plan.

However, official documents reveal that the scheme has not even crossed the infancy stage yet. According to the data presented in the Lok Sabha by the Union minister of agriculture and farmers welfare in February this year, work was started in only 750 rural haats under MGNREGA, of which only 438 were completed.

Former agriculture secretary Siraj Hussain said that agriculture is no longer a key issue among the masses. As a result, the state governments are also not serious about it.

“When the Lokniti-CSDS conducted a survey during the Bihar elections, agriculture and farming were not even among the top 10 issues,” he told The Wire. “When agriculture is not important for the voters, why would the state governments bother?”

Hussain said that since there are no APMC markets in Bihar, the state should have been the first to avail the scheme and submit a proposal for financial aid from the Centre.

The Modi government recently passed three controversial agricultural laws in the name of devising a better agricultural marketing system, including the Farmers’ Produce Trade and Commerce (Promotion and Facilitation) Act, 2020. The objective of the Act is to create a mechanism for the purchase and sale of agricultural products outside the APMCs.

However, widespread protests have erupted against the Act. Farmers also organised a massive agitation against it on November 26-27, entailing a march upon the national capital called ‘Delhi Chalo’ that saw farmers from surrounding states, especially Punjab, attempting to enter Delhi. This agitation continues even now as the farmers block five entry points on the borders of the national capital.

To restrict the farmers’ movement, Haryana’s Manohar Lal Khattar government sealed all its borders with Punjab. In Delhi as well, the police stepped up the vigil along the bordering areas.

On November 26, the police resorted to the use of water cannons as well as tear gas shells to disperse the protesting farmers.

The farmers’ community fear that the government is trying to destroy the established system of providing minimum support prices through these laws. If the Act is implemented, the farmers will be at the mercy of traders. 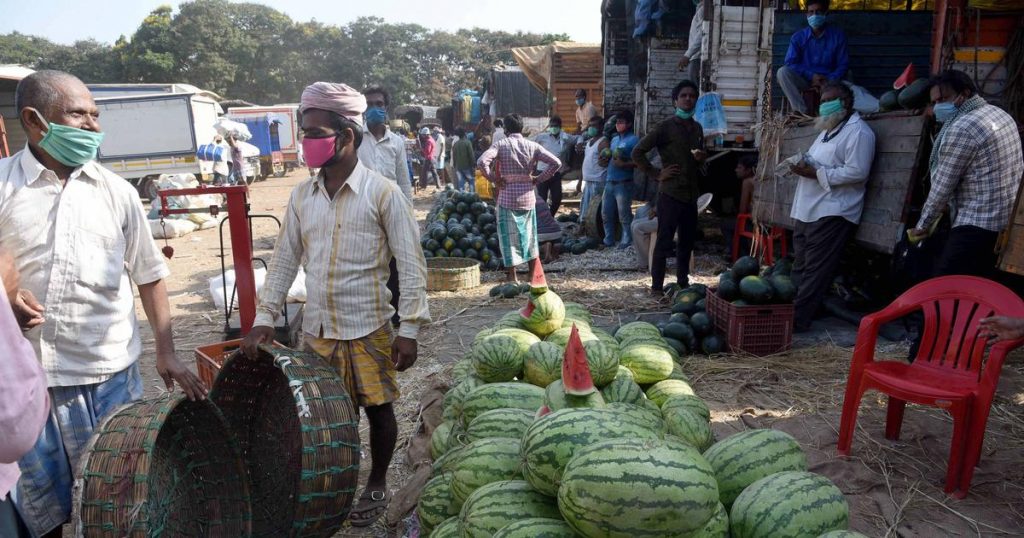 Hussain believes that in order for the new act to be a success, it is necessary that the scheme of rural agricultural markets is implemented effectively. “For this, infrastructure should be built outside the APMC so that farmers can get fair prices,” he said. “If the state governments really want to do business outside the APMC, they should implement the scheme more actively.”

Meanwhile, Avik Saha, national general secretary of Swaraj India and agricultural activist, said, “When the BJP is in power in 17 states of the country, who is preventing them from taking advantage of it? The scheme will completely collapse under the new agricultural laws.”

Saha alleges that the government had never intended to pursue this scheme. “It was merely a publicity gimmick. The scheme was designed in such a way that it was not possible to implement it. The passage of the new laws is only the last nail in the coffin. The government has opened the way for procurement by the private sector outside the APMC. Why would they bother to spend money on turning these haats into agricultural markets anymore?” he asked.

In order to find out whether the agriculture ministry has taken any step after the states failed to submit proposals under this scheme, The Wire has sent an e-mail to the agriculture secretary and the joint secretary of the Gramin Agricultural Market Scheme. The story will be updated as and when a response is received.