From Farmers to Doctors, the Protests That Rocked India in 2021

Over the last few years, the BJP-led Union government has earned a reputation for taking unilateral decisions. 2021 was no different. 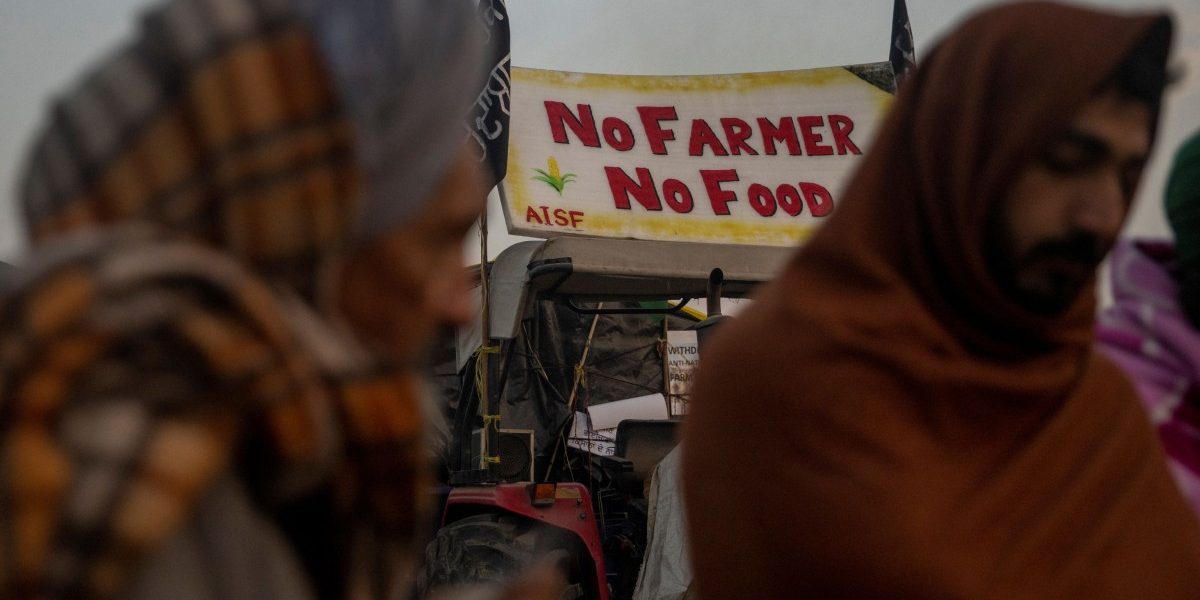 Farmers stand next to a fire as they warm themselves on a cold winter morning at the site of a protest against new farm laws, at Singhu border, near New Delhi, December 21, 2020. Photo: Reuters/Danish Siddiqui

New Delhi: Over the last few years, the Bharatiya Janata Party-led Union government has earned a reputation for taking unilateral decisions, a large number of which are often not in sync with the needs and aspirations of the people. The non-consultative approach towards governance has sparked multiple protests across India. 2021, the year when the COVID-19 pandemic continued to take a toll on India and its people, was no different.

The year began with a large section of farmers cementing their resolve to continue their agitations against the three allegedly pro-corporate farm laws and ended with junior doctors taking to the streets over the deadlock in admissions to postgraduate medical courses.

Here’s a list of some of the important protests that rocked India this year.

What began as small protests against the three controversial farm laws largely by Sikh farmers in Punjab soon spread to the rest of India, especially Haryana, Rajasthan and Uttar Pradesh. As farmers decided to stage dharnas in Delhi, the borders of the national capital evolved into protest townships for almost a year. Farmers refused to bargain with the Union government for anything less than a complete repeal of the laws, even as their movement highlighted the larger agrarian crisis that has crippled farming over the past two decades. Thus, while repealing the farm laws remained a primary agenda, the farmers also spoke out against the dilution of the minimum support price (MSP) system and the Union government taking away most of the subsidies in agriculture.

Throughout the year, around 700 protesting farmers died even as many were booked under sections of different stringent laws. The BJP machinery attempted to brand the movement as funded by Khalistanis. None other than  Prime Minister Narendra Modi called the agitating farmers andolanjeevis (those who live off protests without reason) and parjeevis (parasites) in the Rajya Sabha.

But the farmers remained undaunted in the face of such an organised campaign by the ruling party. The movement took an ugly turn when a few farmers were mowed down by a convoy of cars that allegedly belonged to the junior Union home minister Ajay Mishra’s son at Lakhimpur Kheri, Uttar Pradesh. The incident gave farmers renewed resolve to continue their fight, in the process uniting different caste and community groups against the Union government.

The prime minister was forced to repeal the laws as the year drew to a close, making the agitations against farm laws one of the most successful protests in independent India. 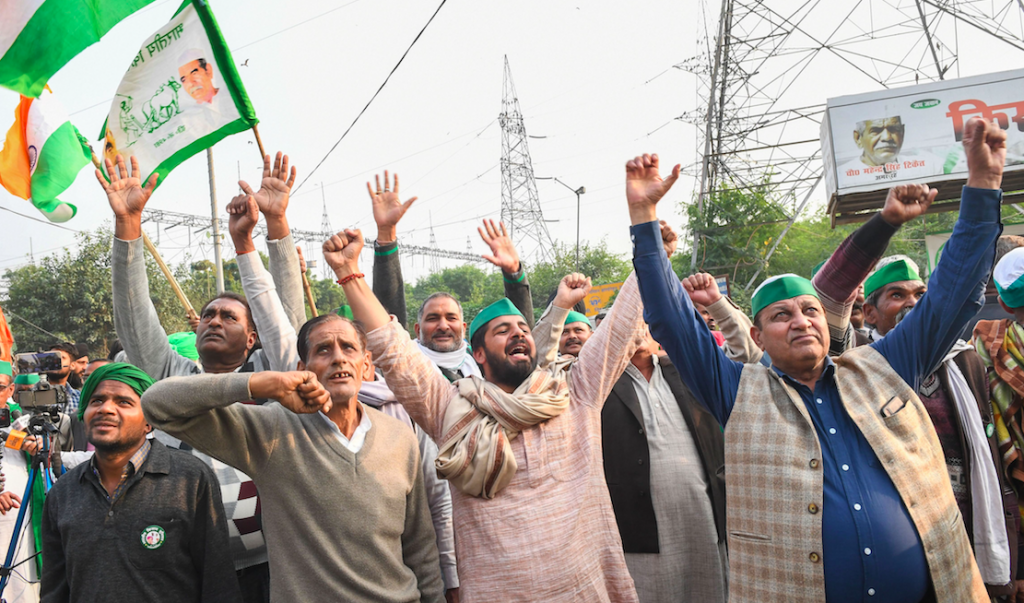 Farmers wave the national flags and raise slogans as they celebrate after the Samyukta Kisan Morcha called off the farmers agitation, at the Ghazipur border in New Delhi, December 9, 2021. Photo: PTI

Yet another protest halted the Union government’s plan to bring down minimum government holding in public sector banks (PSBs) from 51% to 26%. Close to nine lakh employees of PSBs participated in a two-day strike on December 16 and 17 under the banner of the United Forum of Bank Unions (UFBU), an umbrella body of nine bank unions of the country. The striking workers also decided to give up their salaries to protest against the government’s move to disinvest PSBs.

Such was the intensity of the strike that banking activity almost came to a standstill for the two days in which bank employees called off their work. The Union government, which was supposed to introduce the Banking Laws (Amendment) Bill, 2021 to privatise the PSBs in the winter session, eventually decided to postpone its tabling in parliament.

The northeastern states witnessed massive protests against the Armed Forces (Special Powers) Act (AFSPA) by various organisations in the aftermath of the brutal killing of 15 civilians by security forces in Nagaland’s Mon district in the first week of December. AFSPA, which gives security forces power to arrest and fire at anyone without warrant in areas that are declared ‘disturbed’, has been a cause of concern for residents for years. However, in recent times, the discussions around it had dissipated to a certain extent.

However, the Mon killings brought it to the fore again, as security forces fired at civilians with complete impunity. Organisations like the Northeast Students’ Organisation (NESO), Naga Students Federation, and Assam All India Students’ Union staged massive sit-ins, burning effigies and organising demonstration rallies in various cities of northeastern states. Several state governments also supported the demand to repeal AFSPA, while Nagaland adopted a unanimous resolution in the assembly.

Throughout the year, student and teachers’ bodies staged protests against the National Education Policy (NEP), which seeks to introduce reforms in India’s education system. Student and teachers’ bodies believe that the NEP would usher in an era of institutional decoupling of education. They believe that the NEP carries provisions to privatise the education sector and is inherently geared towards freeing the government of its responsibility to provide universal access to education.

Hit by the pandemic, the gig workers of various companies stopped work for several days in the year to protest against their employers’ insensitivity in dealing with their problems. Most of these workers work on a daily-wage basis without any fixed salaries. The pandemic saw multiple companies withdrawing much of the incentives that they initially provided to their workers. Some of the companies even began to penalise these daily wage workers with a hefty amount, while some imposed a hefty security amount on them to continue work.

The recent strike by Urban Company workers in Delhi highlighted how the incentive structure of apps have become less favourable to the workers, despite the fact that they are being forced to work anywhere between 14-16 hours a day. The workers also complained about being fined even when the company’s app is at fault. Multiple public interest litigations that detail the structural exploitation of such workers have been filed by gig workers’ associations in courts. 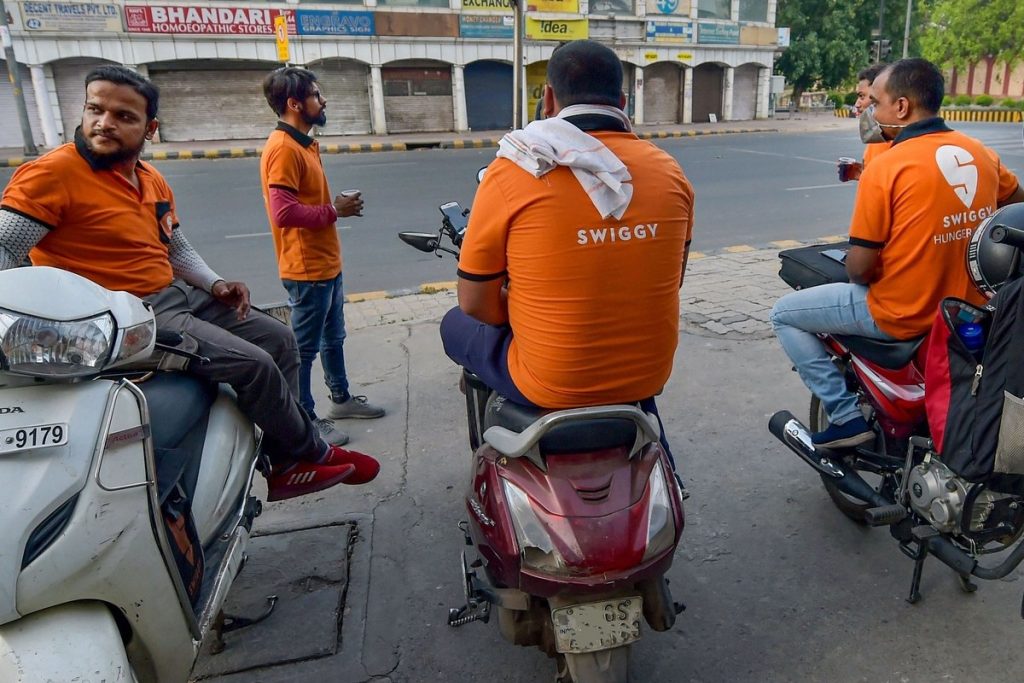 Swiggy workers wait to pick up their deliveries. Photo: PTI

As the pandemic-hit year ended, India saw one of its biggest protests which were led by doctors employed in public sector hospitals of Delhi. The doctors agitated against the inordinate delay in admissions to different medical postgraduate courses through the National Eligibility cum Entrance Test (NEET). The government has delayed the admissions in view of the legal challenges to the recently introduced economically weaker section (EWS) quota and the implementation of the OBC quota. The protesting doctors say that they are struggling to cope with increased work pressure in public hospitals amidst the delay in admissions, even as another pandemic year looms ahead.

Dissent by the striking doctors grew louder by the day, unsettling the government amidst the omicron scare. Things became worse between the government and the striking doctors when the Delhi police thrashed and detained some of the protesting doctors on a cold December night. The incident prompted the doctors’ association to announce a complete shutdown of services. However, the strike was called off after the Delhi police assured them that the first information reports (FIRs) against protesting doctors will be quashed.