Jain has been in Enforcement Directorate custody since May 31. A photo showing marks on the Delhi minister's face went viral recently. However, the marks were not bruises. 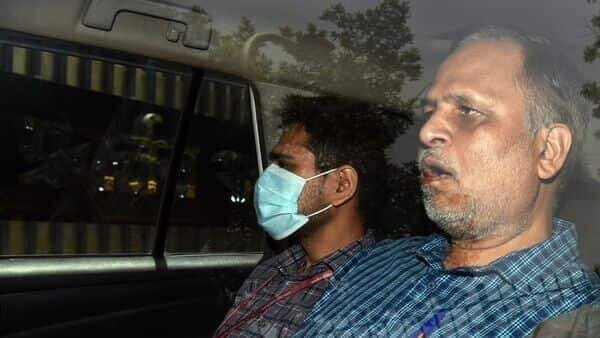 The viral photo of Satyender Jain which was shared with the claim that he has bruises on his face. Photo: Twitter/AtishiAAP

On May 30, the Enforcement Directorate (ED) arrested Delhi minister Satyendra Jain in a money laundering case. He was then remanded to the investigative agency’s custody from May 31 – June 9.

On June 9, the Rouse Avenue District Court in Delhi, on the orders of the ED, extended the custody of the Aam Aadmi Party (AAP) politician until June 13. However, in the meantime, his health deteriorated, following which he was rushed to Delhi’s Ram Manohar Lohia Hospital.

Against this backdrop, a photo of Jain went viral with the claim that he can be seen bleeding from his mouth.

Punjab Kesari published a report in Hindi with the headline, “Photo of Enforcement Directorate-detained leader Satyendra Jain bleeding from the mouth viral, ‘God will hold everyone in the BJP accountable’ – AAP”. (Archive link) Screenshot of the story on the Punjab Kesari website. Photo: Alt News.

Times Now Navbharat journalist Pulkit Nagar tweeted the photo and wrote that this was an image of the individual who brought the Mohalla Clinic to Delhi. It was also retweeted by Delhi Chief Minister Arvind Kejriwal.

A number of AAP leaders and social media users also amplified the photo. 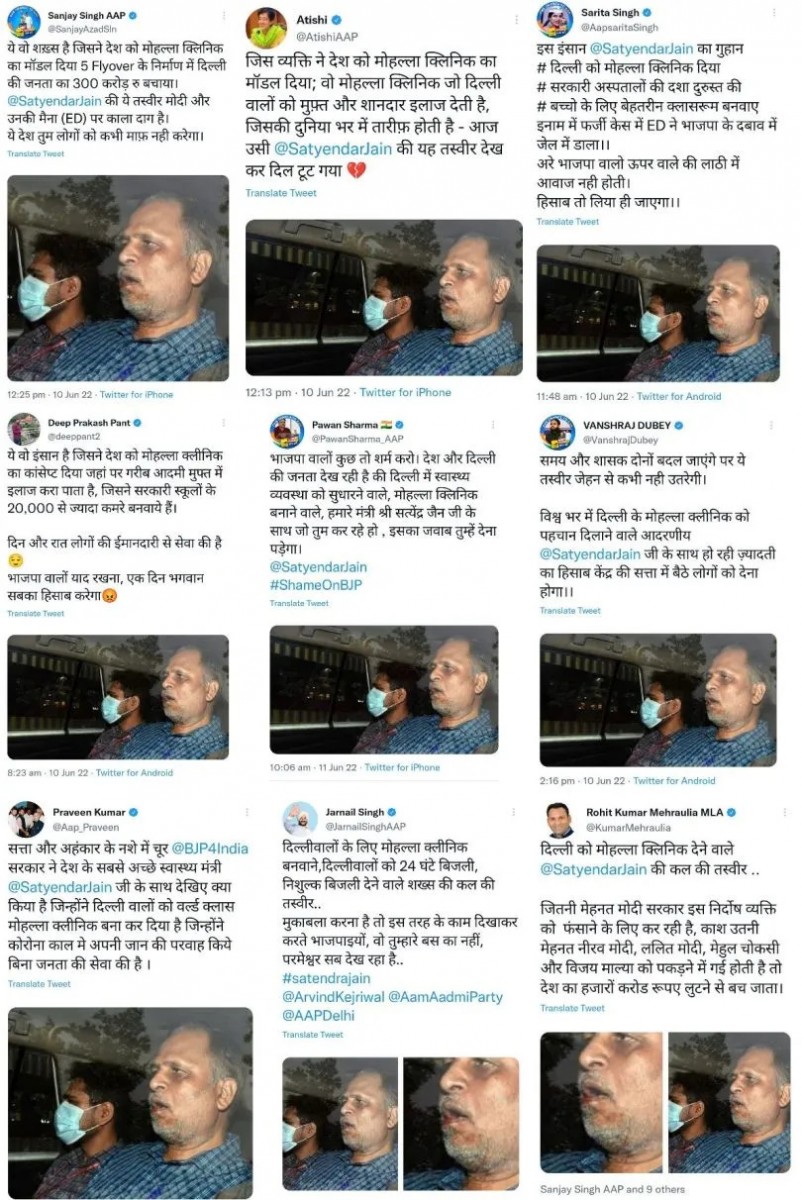 Alt News performed keyword searches on Google and Twitter to gather more information on the picture. This led us to some similar photos of Satyendra Jain in which he is seen in the same shirt he is wearing in the viral image. It is worth noting that there is no injury to his face, nor is he bleeding in these pictures. Other pictures of Jain from that day showing no injury to his face. (1/3) Photo: Alt News. Other pictures of Jain from that day showing no injury to his face. (2/3) Photo: Alt News. 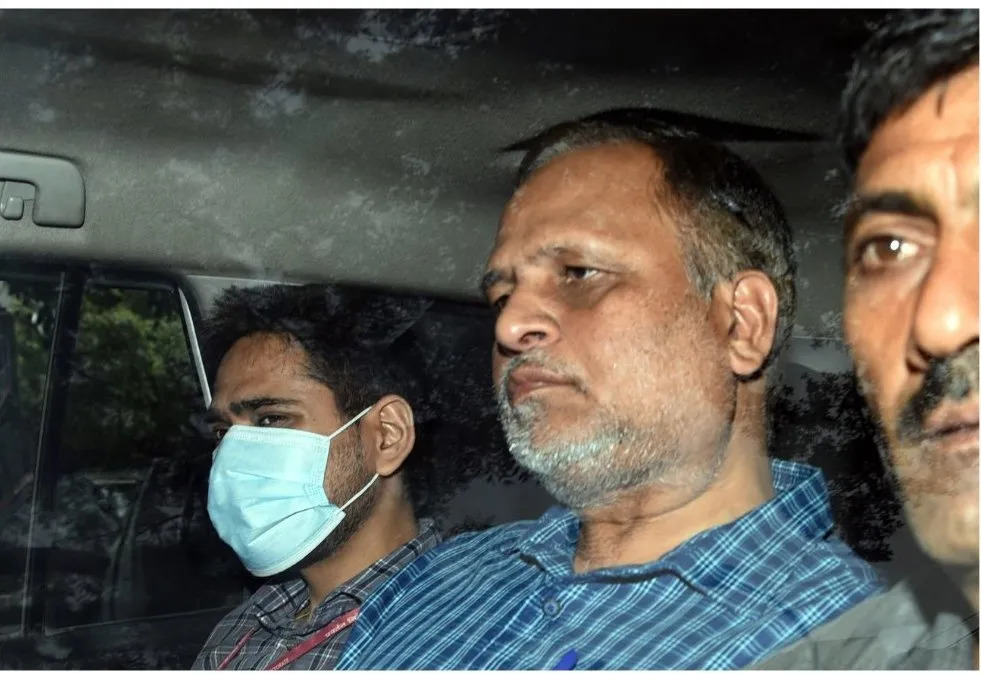 Other pictures of Jain from that day showing no injury to his face. (3/3) Photo: Alt News.

Rahul Singh, a photojournalist from news agency ANI, had tweeted a picture of Jain in which a shadow of a tree was reflected on one half of his face. The background of the photo tweeted by Singh matches that of the viral photo perfectly. However, due to the two images being taken a few seconds apart, the shadow of the tree on  Jain’s face appears a bit different.

Tweeting this, the photojournalist added that the photo was taken on June 9, 2022, when Jain was being brought to the ED office from the Rouse Avenue District Court.

The viral image actually contains a shadow of a tree reflected on the car window. Given below are two photos of the same place, but the frames of both are different. It is noteworthy that the shape of the tree’s shadow is identical in both images. In the side by side comparison below, the shadow of the tree has been marked in the two photos. This shows the real origin of the marks seen on Jain’s face. The shadow of the tree on Jain’s face highlighted. Photo: Alt News.

To sum it up, the blot seen on Jain’s face in the viral image was actually the result of a reflection of a tree on the car window, and not an injury or blood stain. It was mistakenly circulated by several media outlets, politicians, and social media users as a blood stain.