The YSR Congress government has made it clear that the repeal of laws does not necessarily mean moving away from its stated position of having multiple capitals.

Andhra Pradesh chief minister Y.S. Jagan Mohan Reddy during a discussion in the state assembly on the repeal of laws pertaining to three capitals on November 22. Photo: YouTube.

New Delhi: Much like the surprise value attached to Prime Minister Narendra Modi’s sudden decision to repeal three farm laws brought earlier by his government, the decision by the Y.S. Jagan Mohan Reddy government in Andhra Pradesh to withdraw laws enabling three capitals in the state has evoked a similar sense of surprise.

However, the YSR Congress government has made it clear that the repeal of laws does not necessarily mean moving away from its stated position of having multiple capitals – or what it calls “decentralised development”. It had earlier proposed that the state would have three capitals: Visakhapatnam (executive capital), Amaravati (legislative capital) and Kurnool (judicial capital).

This was in effect overriding the previous N. Chandrababu Naidu government’s decision to have the state capital in Amaravati, located between Vijayawada and Guntur. Several farmers had parted with their lands in the region and the previous government had made a substantial investment towards the development of infrastructure. 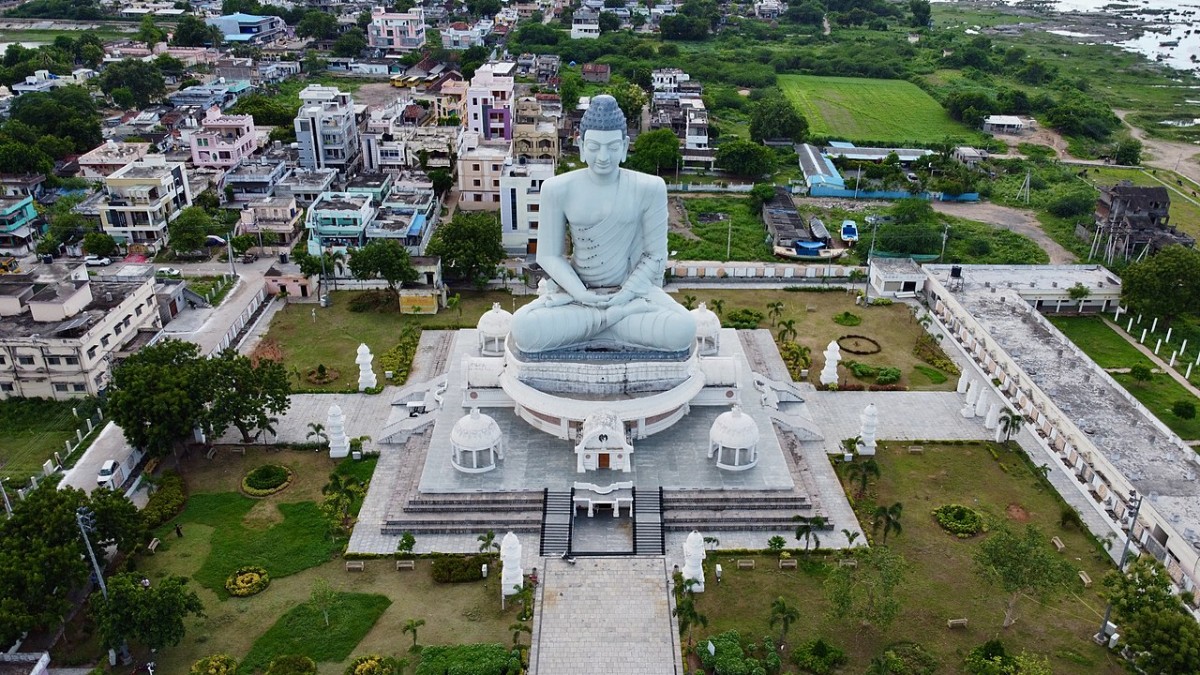 Explaining the reasons for its latest move to repeal three-capital legislations, the YSR Congress government said it will soon bring a more “comprehensive legislation” after factoring in views of various stakeholders through a consultative process and by plugging in loopholes that could invite legal challenges.

In effect, the proposal to have multiple capitals is still on the table. However, the state government has not fixed any timeline for the enactment of this ‘new’ legislation.

What exactly is at stake?

With the enactment of the latest law, the AP Decentralisation and Inclusive Development of All Regions Act 2020 and the Andhra Pradesh Capital Region Development (Repeal) Act 2020 – which were passed earlier to pave way for three capitals – stand repealed.

The statement of objects and reasons pertaining to the latest Bill (now law) mentions that the state government will hold consultations with all the stakeholders to take into account the aspirations of various regions of the state to ensure “decentralised development”.

It also notes that several complaints were made over the previous enactments (which have been repealed now), referring to over 100 petitions filed in the Andhra Pradesh high court over the YSR Congress government’s decision to stall capital development work in Amaravati, where the previous Telugu Desam Party (TDP) government had laid the foundation for the state capital.

The statement of objects and reasons relating to the Bill further notes that there are objections raised by certain members of the Andhra Pradesh State Legislative Council with respect to the referral to a Select Committee of the Bills which had earlier paved the way for the three-capital formula. Confusion prevails whether these earlier legislations have been approved by the Legislative Council or not.

“The Government intends to repeal the said Acts to enable further consultations with all the stakeholders once again and to present a suitable legislation in future addressing all the concerns of all the regions of the State favouring decentralisation. And whereas while the matters stood thus, to vividly explain all the good intentions of the Government in relation to decentralized development of all the regions including by providing multiple capitals, to improve the framework and provisions of law in this regard, to fulfil the aspirations of the people of all the regions of the State and to bring forward suitable legislations to achieve the above stated objectives of decentralized development, it has been decided to the repeal the said Enactments.”

During the discussion on the matter in the legislative assembly, chief minister Jagan Mohan Reddy said that his government was against making a “historic blunder” of building a super capital in Amaravati with scant regard to aspirations of people from other regions of the state.

He further added that the state would incur Rs 1 lakh crore just to create “basic infrastructure”, like roads, electricity and sewage system, in Amaravati if it were to go ahead with the plan to develop a megacity in Amaravati. He wondered how Andhra Pradesh with a massive fiscal deficit could afford such a costly project.

Instead, he said Visakhapatnam, which already has good infrastructure, can be developed into a vibrant executive capital with a little support from the state government and expect it to compete with other metros like Hyderabad, Chennai and Bengaluru in about a decade. Whereas in the case of Amaravati, he said, which is located neither in Vijayawada or Guntur, there are no infrastructure facilities and building a “world-class capital” would mean huge cost to the state exchequer.

The chief minister also pointed out that the previous TDP government by floating Amaravati as capital had paid no heed to the recommendations of the Srikrishna and Sivaramakrishnan Committees both of which vouched for “distributed development”.

He also clarified that the people of Amaravati would not be deprived of any development as his government had already decided to make it a legislative capital.

For over two years farmers from Amaravati (about 29 villages), who had parted with their lands, have been staging protests against the trifurcation of the state capital. The previous TDP government had procured 33,000 acres of land through land pooling for the development of Amaravati. The protests, which have the backing of opposition parties in the state, entered their 706th day on Monday, November 22. 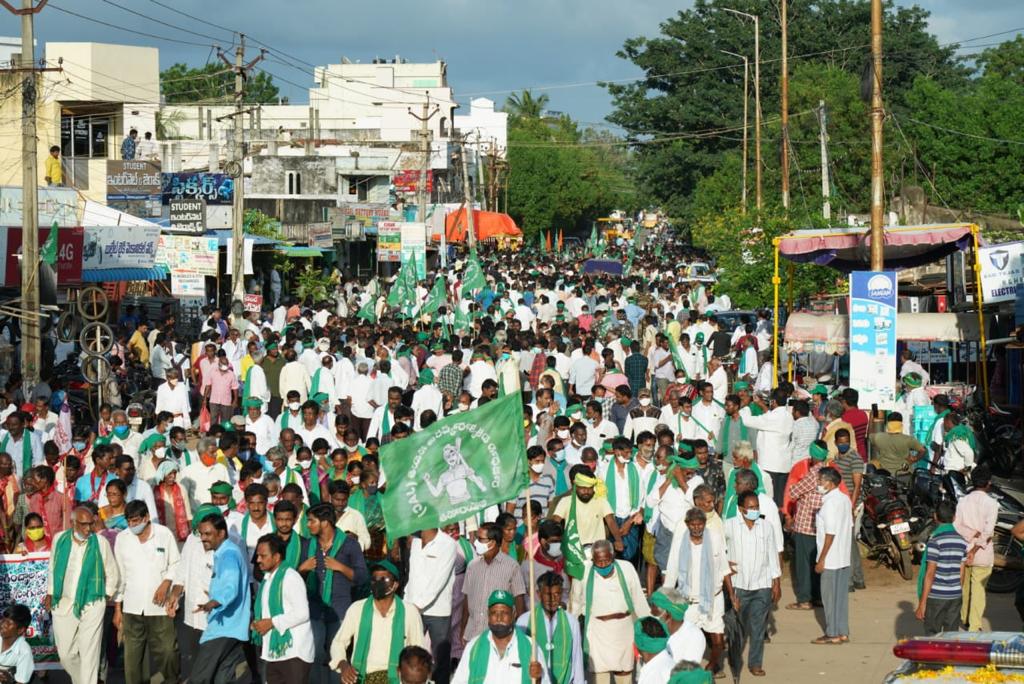 The court had recently begun hearing the batch of petitions while announcing that it would take up the matter on a daily basis.

According to political observers in the state, the cautious YSR Congress government expecting headwinds in the court has decided to rescind the two laws, which allowed for trifurcation of the state capital, before it is too late. In the event of the high court ruling in the favour of farmers and the Supreme Court upholding it, it is perceived that the state government may not have many options but to fall in line with the directives from the court.

There are reasons why the YSR Congress government expects that the courts’ ruling could go against it.

Although the court cannot dictate as to where the capital of Andhra Pradesh should be, for it is the prerogative of the state government, the court may well set aside the said two laws on grounds that due procedure has not been followed.

According to legal experts, another reason that could possibly go against the YSR Congress government in the court is that it is violating the doctrine of legitimate expectations. This, in effect, means the current government is reneging on the promises made to Amaravati farmers by law by the previous TDP government when they had parted with their lands for capital development.

On the other hand, building a capital city for truncated Andhra Pradesh, after the formation of Telangana in 2014, has become a matter of political contestation between TDP and the YSR Congress. Although Jagan Mohan Reddy as opposition leader had promised that would continue to develop Amaravati as capital if he assumed power, he has changed his stance since he became chief minister in 2019. Consequently, YSR Congress has faced opposition from farmers in Amaravati, as farmers have been protesting for over two years.

At the heart of political contestation, according to political observers, is YSR Congress and Jagan Mohan Reddy do not want Naidu to take credit for building a capital city for the truncated state of Andhra Pradesh.

Meanwhile, the repeal of laws relating to three capitals has now given an opportunity to TDP to hit out at the Jagan Mohan Reddy government.

Claiming that the YSR Congress government is acting without any commitment or responsibility towards the state development, TDP leader and Chandrababu Naidu’s son Nara Lokesh alleged that Jagan’s government was “spreading lies” and “playing mind games” with the people of the state.

For its part, the state BJP said the YSR Congress government backed off from its three-capital proposal fearing adverse ruling from the high court. State BJP unit Somu Veerraju asked the government to reach out to all political parties and the public at large on the matter before arriving at any decision on the state capital.