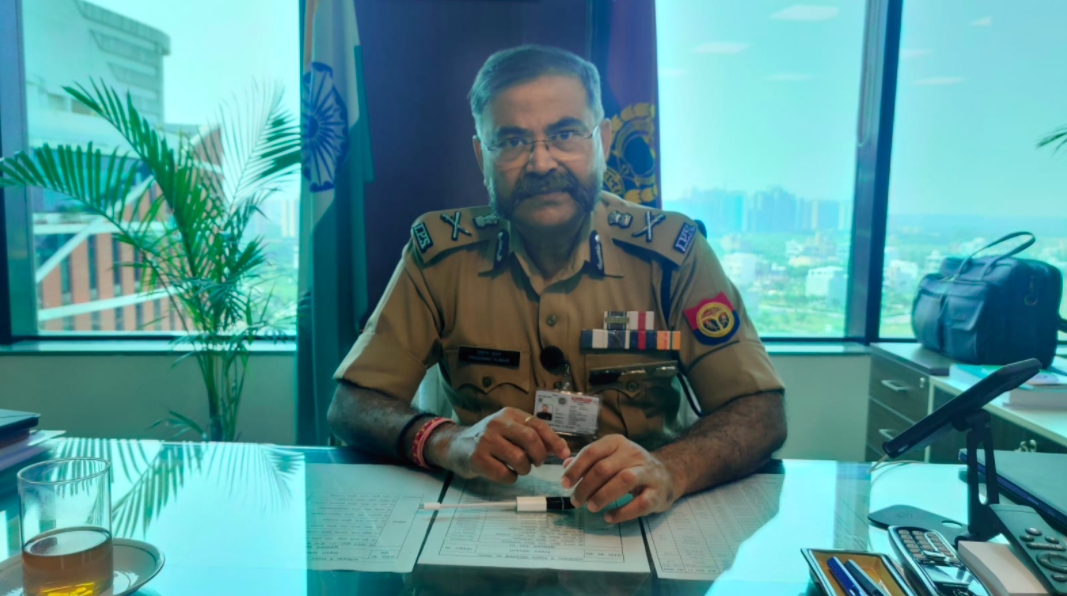 Lucknow: Uttar Pradesh’s Lakhimpur Kheri district has been in a state of turmoil since Sunday, October 3, when a farmers’ protest against the visit of the local MP and Union Minister of State for Home Ajay Mishra and UP deputy chief minister Keshav Prasad Maurya turned ugly and claimed the lives of eight people.

Farmers have alleged that at the helm of the car that mowed down four of them was Mishra’s son, Ashish.

Amidst escalating demand for the arrest of Ashish, the Supreme Court a day ago pulled up the Uttar Pradesh government and police and asked for a status report from the government with details of the progress made by the Special Investigation Team (SIT) and the judicial enquiry commission set up by the state government.

Speaking to The Wire, Additional Director General Prashant Kumar, who is the top cop in charge of law and order in Uttar Pradesh says that UP police did its best to maintain peace and harmony in the state after the incident.

Kumar stressed that much time had been “wasted due to VVIP visits”, which he said, took place to give parties “political mileage.”

The following are excerpts from The Wire’s interview with ADG Kumar.

What has happened in the case so far?

The police have registered two FIRs in this matter, as four people each, on both sides, have died. The complainants’ versions on both sides have been written down verbatim and an investigation team has been formed to look into the details of the incident and investigate the charges.

The state government and police will go to the depth of this incident and take action against the real culprits.

An FIR against Ashish Mishra and 15-20 unknown persons was filed in Tikunia police station under several sections of the Indian Penal Code, including murder (section 302) and criminal conspiracy (section 120B), on the basis of a complaint by a farmer.

Another FIR was filed against unidentified persons by the BJP minister and a party worker, alleging that the other four were lynched by farmers.

The investigation has started.

A DIG-level officer, Upendra Agarwal is heading the SIT team of nine people formed by UP police to investigate the matter. We will see how things go. Apart from that, we are tracking the three vehicles that were involved in the incident and its owners. More evidence is being sought but cannot be disclosed at this stage.

After close examination of the scene of crime, and one of the vehicles, two missed but live cartridges of 315 bore were found.

Have any arrests been made?

In the case in which four farmers have died till October 8, the involvement of one named and six unnamed persons has come to light. Of those six, three have already died. Out of the remaining four accused, two arrests have been made in connection with an FIR lodged by the farmers – that of Luvkush from Banveerpur and Ashish Pandey of Taranagar on October 7.

How has the law and order situation in UP been since the incident?

We have successfully averted any more violence since the incident on Sunday [October 3] and brought the state under control. The first few days after the incident were paramount in ensuring peace.

However, because of these VVIP visits, a lot of critical time has been wasted. 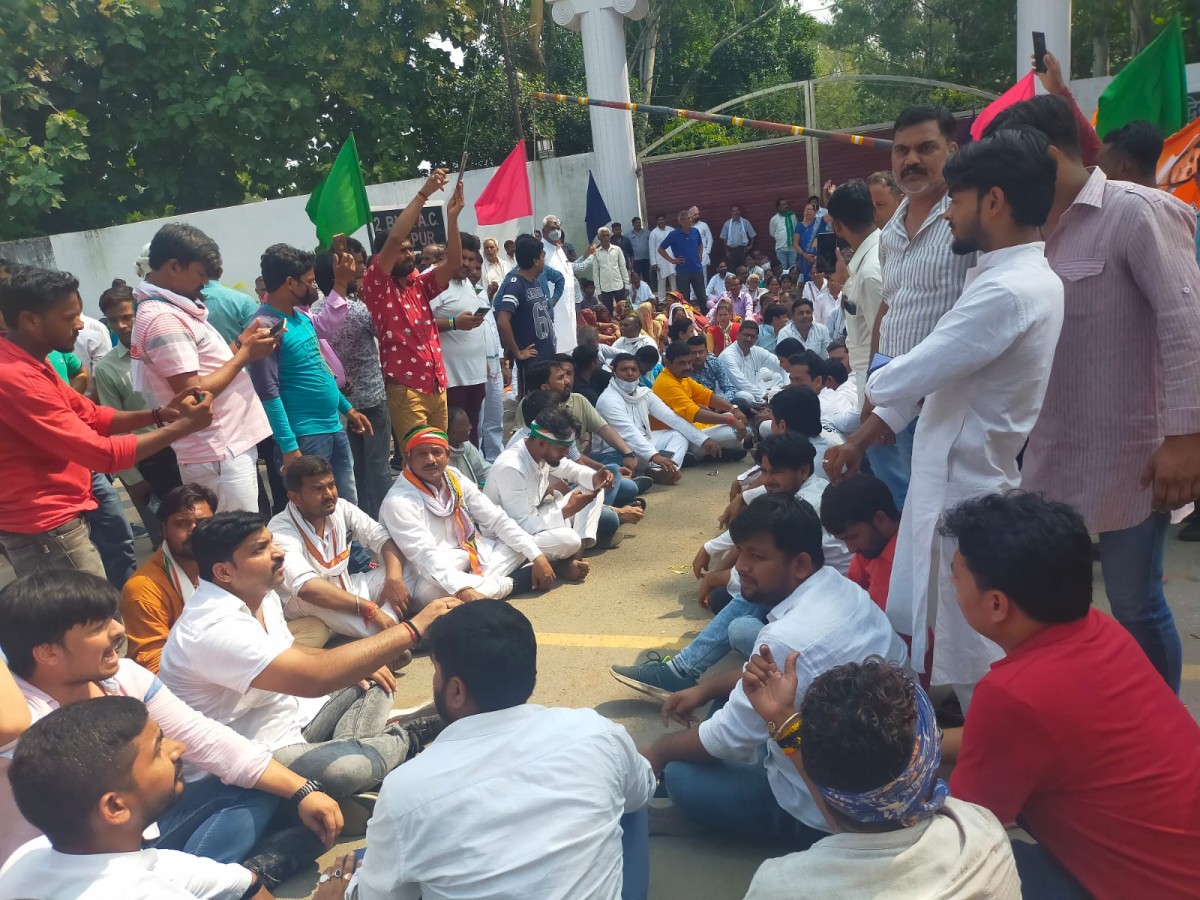 Has anything been ascertained about the convoy that had collided with the protesting farmers?

Investigation is ongoing. The available videos are being examined. It is difficult to comment at this stage.

What about the involvement of Ashish Mishra, as claimed by protesting farmers?

A notice under section 160 of the Criminal Procedure Code Police (CrPC) was served to the named accused, Ashish Mishra. He was supposed to report to the police for interrogation on October 8, but he did not come. A second notice was served to the accused asking him to appear before the IO (Investigating Officer) before 11 am on October 9.

He appeared on October 9, and a team of officers are interrogating him.

Nothing can be said with surety about his presence at the site of the incident, or his involvement in the incident until the investigation is complete.

Why has Ashish Mishra not been arrested? Why is there still no warrant against him, and just a summons in spite of the grave charges against him, including that of murder?

There was no pressure of any kind to not arrest the accused, since the very first day. In fact, the UP CM himself tweeted that the culprit will be punished. However, there is no fixed SOP for investigations as each and every case is different and to be treated on the basis of merit.

There are several murder cases in which immediate arrests are not made, sometimes people are also framed under false charges. It is the IO’s legal duty to weigh the evidence against the accused before taking any action. We have been given a free hand but we need to assess the available evidence.

After all, he has to give testimony in the court of law, not to the general people who are raising a cry, or any other senior officers.

The honourable court’s decision will be complied with in letter and in spirit. The fact is that the initial 2-3 days were crucial from the point of law and order. UP police was successful in containing any major law and order problems that could have arisen from this incident in the whole state. There was a possibility of clashes between communities but we have successfully averted it. Internet shutdown was an important measure in ensuring this.

It is also a fact that almost two days were wasted with VVIPs visiting the area for political mileage. But immediately after the cremation was done, we expedited the investigation and as I have told you, arrests have taken place.

Did UP police anticipate this level of violence in Lakhimpur Kheri and take necessary steps to avoid it?

We had inputs on the ongoing agitation of farmers in Tikunia after the minister’s statement. Arrangements were also made keeping that in mind from our side, including deployment of senior officials in the area. But it was not expected that things would take such an ugly turn.

A judicial enquiry has been ordered by the state government on the demands of farmers, so that we can assess the incident better. We will find out the circumstances of that day, the sequence of events and what triggered the violent incident.

One of the victims is Gurvinder Singh and his family had alleged that he had been shot during the incident. And later two cartridges were also found. Is there a possibility that these two are connected?

The cartridges found are prohibited and from an unlicensed weapon. Normally, such weapons are extremely lethal and not used by the general public.

But I cannot comment any further on this as the farmer’s family had been allowed to do a second post-mortem of the victim, as they had requested.

Complying with the CM’s orders, a panel of experts were sent in a special helicopter from Lucknow to Bahraich and the autopsy was conducted in their presence, after which they were satisfied, and cremated the body.

I have not personally seen the post-mortem report, so I cannot vouch for any version of it as I am not privy to it.