While authorities allege misuse of accommodation, occupants stare at homelessness. 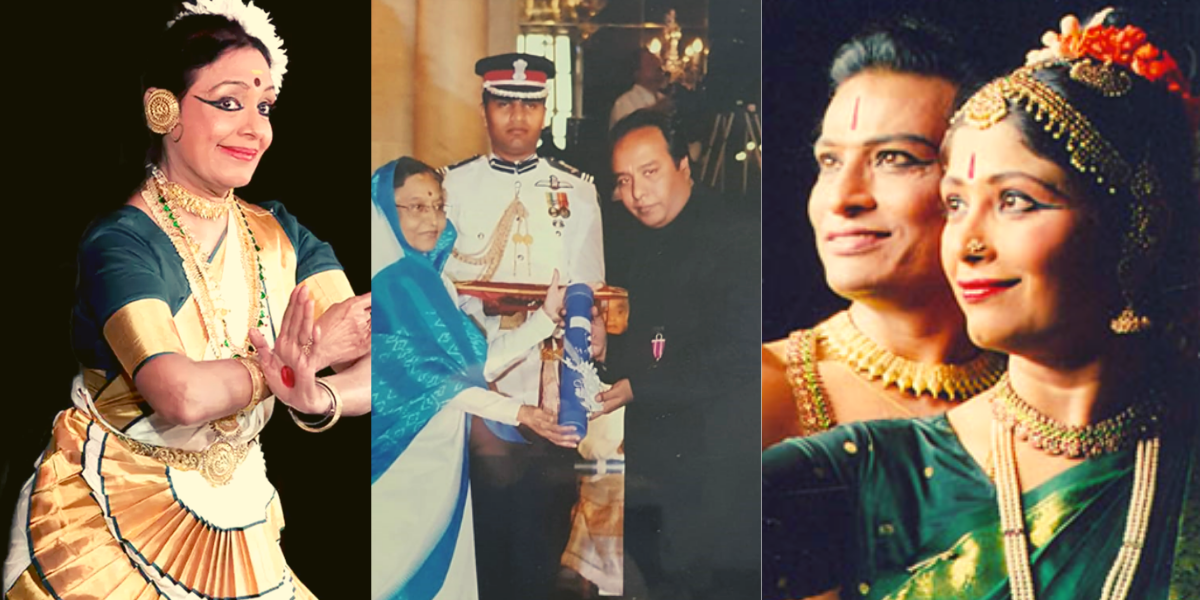 New Delhi: Several eminent artistes, including Padma Shri awardees, have been asked to vacate the flats allotted to them by the government in Lutyens’ and South Delhi by December 31, 2020. The artistes say that this sudden eviction notice is inhumane as it has come amidst the ongoing COVID-19 pandemic.

The notice, sent by the Ministry of Housing and Urban Affairs, was received by at least 27 eminent personalities, including dancers, musicians and other artistes in October.

The notice says that if they do not vacate their premises by December 31, “eviction proceedings will be initiated as per Public Premises (Eviction of Unauthorised Occupants) Act”.

It flowed from a November 8 decision of the Cabinet Committee on Accommodation, which took stock of what a senior government official told The Wire was “a series of irregularities by the allottees, which includes non-payment of rent and misuse of the premises.”

The official, who declined to provide any specific examples of misuse or non-payment, says the cabinet has decided to waive all punitive charges from 2014 to September 30, 2020, but would also move for the repossession of the accommodation.

On their part, the artistes say they have never been told about any of these charges or irregularities and have been paying rent and using the allotted premises as per what they claim are the agreed terms of the lease.

Housing ministry officials, in reply to a set of questions raised by The Wire, said that the decision to cancel the allotment came from the culture ministry and that all queries would have to be directed there.

Under the “artistes” pool, the Union Housing and Urban Affairs Ministry, through the directorate of estates, and on the recommendation of the culture ministry, allots houses to eminent artistes. Allotted for a period of three years initially, the artistes have been given extensions over the years. The last extension expired in 2014. According to the guidelines, artistes must be between 40 and 60 years of age and earn up to Rs 20,000 a month.

Among those who have received the eviction notice is Jayaram Rao, a Kuchipudi dancer and Padma Shri awardee, who has been staying at the Asian Games Village house allotted to him since 1987. Over the years, he has taught hundreds of students and made the country proud, he says.

“To ask us to vacate during the ongoing pandemic is unfair, unjust and simply inhuman…we are working from our home actively. We don’t have a house in Delhi. We request our PM Narendra Modi ji to interfere and help us in this matter,” he says.

Vanashree Rao, Jayaram Rao’s wife and co-dancer, says, “In our late 60s and 70s, we are forced to rethink the value of following our passion and love for art. There is no comfort in thinking of our remaining future.”

Jayarama and Vanashree Rao are recognised today as outstanding exponents of the Kuchipudi classical dance form. Vedabrata Rao, the duo’s son said, “As the son of two artistes, growing up having interacted with all the artistes [affected by]  this eviction, being astutely attuned to the hardships as well as the patronage of pursuing art as more than just passion, as a livelihood, as a lifestyle –  it really saddens me to see the government strip that patronage away with such constant notices to vacate.”

Talking about his house, he says, “My parents never let me feel the lack of anything. I never felt lesser or more than my peers. I was able to go to a good school, a good college, do my MBA and now I’m working in Mumbai – and they still support me at times. But I come home and I look at the condition of the house, I look at them still toiling away every day.”

He adds that the coronavirus has negatively affected the fields of performing arts and entertainment.

“They are teaching online as much as they can. And it makes me think that besides the many shows, performances, tours that the artistes have done for the government as cultural representatives of India – their awards as recognition and this home is the only thing they have received. Everything else is their own merit. Money is important, yes – but artists thrive on patronage,” he says.

Talking about the eviction notice, he adds, “This eviction, or notices of the past…Just makes me wonder about the years and years of the contribution my parents and other artists have given to their artform and to the country.”

Sunil Kothari, an 88-year-old classical dance historian and Padma Shri awardee in 2001, is also among those who have received an eviction notice. He received a Sangeet Natak Akademi award in 1995 for his overall contribution to the Indian classical dance. He was awarded Kumar Chandrak in 1961 and Ranjitram Suvarna Chandrak in 2012. 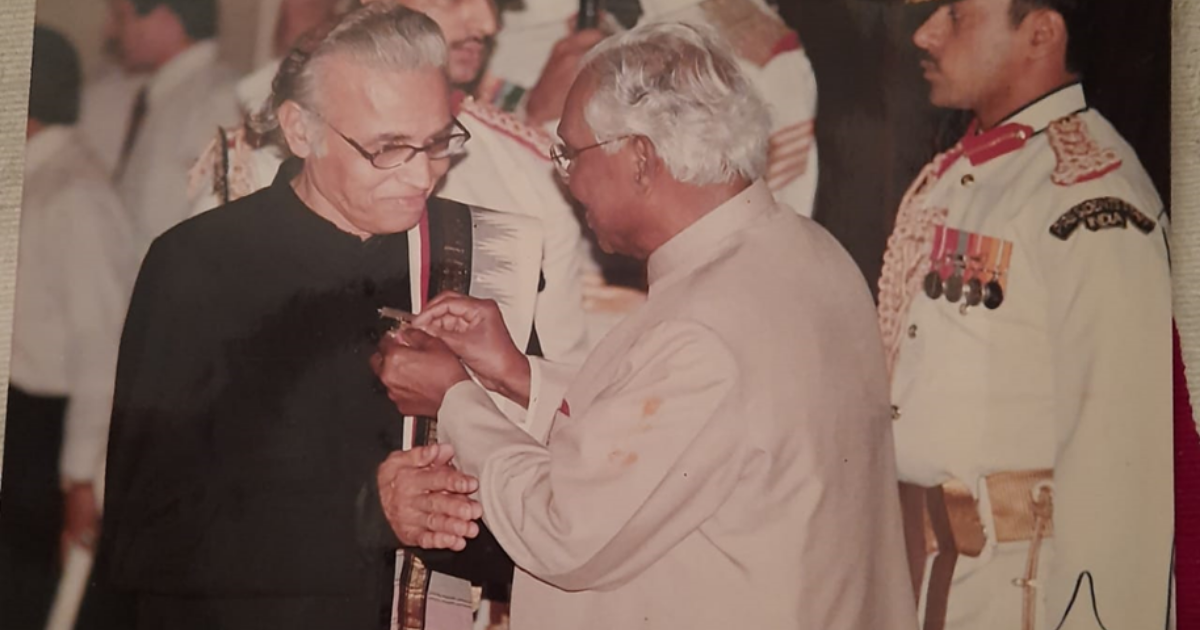 He says, “I don’t have any other accommodation in the city. Suddenly, in 2014, they decided to raise the rent, but without even telling us. With no notice or information for the next years, they suddenly sent a notice asking us to vacate our house.”

According to him, they have also been asked to pay the differential amount between the rent they have been paying and the market rent of the place.

Talking about the house he lives in, he says, “The house is anyway 35 years old.”

He has been living in this house for several decades now – and feels betrayed by this notice.

“At such a fragile age, it’s humiliating that we have to fight for our dignity.”

He is also worried that due to the coronavirus pandemic, finding a house will be all the more difficult.

“You give us awards, but is this how you treat us? Like we have been illegally occupying space? I even told them once, that I am 88 years old, I hardly have a few more years to live – why do you want to evict me now?” he asks.

He is quite confident that if brought to Prime Minister Narendra Modi’s notice, their issue will be solved. “If he comes to know, I’m positive he will help us.”

Faiyaz Wasifuddin Dagar, 52 years old, is a classical singer of the Dhrupad genre and the son of Dhrupad singer Ustad Nasir Faiyazuddin Dagar. Since the death of his father, and later his uncle, Wasifuddin has been singing solo. He was awarded the Padma Shri in 2010. He has been living in Asian Games Village in his allotted accommodation since 1996.

“It’s difficult to afford any other place in Delhi mainly due to finances, but also because people don’t like to keep artistes as tenants in their houses.”

Elaborating on the financial difficulties, he says, “We are not very highly paid musicians. Yes, there are artistes who are paid highly, but they don’t represent us all.”

He adds that this will affect the state of arts in the country. “Artistes are people who calm others down. If you bring unrest into their life, it will be bad for all artists as it will dissuade them and their creativity will be affected.”

He says because he doesn’t have any regular income, he may become homeless if this house is taken away.

In the past, Kathak dancer and Padma Vibhushan recipient Birju Maharaj, who has been living here since 1978, had threatened to return all his awards if he is evicted from his Shahjahan Road house in Delhi.

Speaking to The Wire, a senior official has said that the government is taking another look at the issue. “This move was prompted by the need to end the abuse of the system,” he adds, raising the prospect of artistes against whom there are no charges of misuse getting some sort of soft landing.