Former revenue secretary at one point in 2017 dismissed the RBI's qualms because the Finance Bill was "already printed". 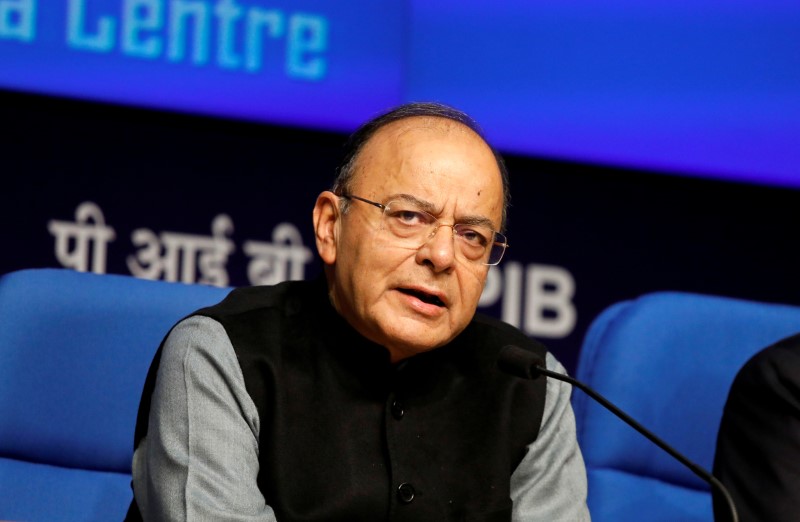 New Delhi: Before unveiling the electoral bonds scheme – which renders political funding more opaque and allows parties to receive unlimited amounts of money without having to disclose where it came from – the Narendra Modi government ignored the Reserve Bank of India’s recommendation not to go ahead with it, HuffPost India has reported.

Four days before Arun Jaitley was to announce the scheme in his Budget speech of 2017, a tax official going through the documents realised that the change would require amendments to the Reserve Bank of India Act, Nithin Sethi reports. On January 28, 2017, he drafted the required amendments and sent them to his seniors, who forwarded the draft “for early comments” to Rama Subramaniam Gandhi, then an RBI deputy governor and second in command after Urjit Patel.

On January 30, documents accessed by Sethi show, the RBI responded saying that these amendments would set a “bad precedent” and encourage money laundering. HuffPost India‘s report is based on documents received by transparency activist Commodore Lokesh Batra (retired).

“Bearer instruments have the potential to become currency and if issued in sizeable quantities can undermine faith in banknotes issued by RBI,” HuffPost India quotes the RBI’s response as saying. “The bonds are bearer bonds and are transferable by delivery. Hence who finally and actually contributes the bond to the political party will not be known.”

Hasmukh Adhia, then the revenue secretary, dismissed these qualms almost immediately after receiving them. He wrote a note to Tapan Ray, then secretary for economic affairs, and Arun Jaitley saying that the RBI had “not understood the proposed mechanism”.

He did not argue against the RBI’s points, but said instead that the advice was coming after the Finance Bill was “already printed’ – thereby proving that the Centre was not serious about the RBI’s advice in the first place. “We may, therefore, go ahead with our proposal,” Adhia wrote. Ray agreed, and Jaitley signed off on the file, HuffPost India reports.

A more detailed rebuttal was formulated only later – after Jaitley had announced the scheme in Budget speech, and the Lok Sabha passed the Finance Bill. By calling it a money Bill, the government by-passed the Rajya Sabha. Last week, the Supreme Court referred the matter on whether it was right to call it a money Bill to a larger bench.

Instead of an economic argument, though, HuffPost India reports that the Centre simply said that the RBI did not have the power to veto changes to the RBI Act. “Parliament is supreme and has the right to legislate on all subjects of governance including the RBI Act.”

By June 2017, the finance ministry had formulated regulation on how these bonds would work. “The information regarding purchaser and payee shall be kept secret by  the issuer bank. These details would also be beyond the purview of RTI.” Parties also did not have to keep record of who was contributing through electoral bonds.

In July 2017, officials from the finance ministry, RBI and Election Commission were asked to meet and discuss details of how electoral bonds would work. RBI officials did not attend the meeting, Sethi reports. On July 28, 2017, though, Urijit Patel met Jaitley to discuss the matter. In August, as a follow-up to that meeting, the RBI wrote to the ministry again detailing why it thought electoral bonds were not a good idea.

There was an “inherent scope of misuse of such bonds for undesirable activities,” wrote B.P. Kanungo, RBI deputy governor, according to HuffPost India. “You may appreciate that globally there are hardly any precedents in recent times for issuance of bearer bonds.” He also suggested changes that could have made the bonds less easy to misuse, including that bonds be valid only for 15 days, only those with KYC-compliant bank accounts be allowed to buy bonds and that the maximum aggregate value of bonds issued in a year be capped.

The Centre accepted one of these suggestions – on the 15-day validity. Most other RBI recommendations were ignored.

Not only did the government ignore the central bank, it appears to have taken advice from an anonymous external source. Among the documents with HuffPost India, one was an early concept on electoral bonds – undated, unsigned and on plain paper. “This reads more like it was written outside the government and given to the government as a concept note,” a retired IAS officer told Sethi.

While Jaitley had claimed in parliament that electoral bonds would “increase transparency”, the outcome – clear from the finance ministry’s notes – has been the exact opposite. The BJP has benefited the most from this flawed system of ‘transparency’: While the party received Rs 437.04 crore in donations in FY 2017-18 from known sources, its income from hidden sources was Rs 553.38 crore, more than half (53%) of its country-wide collections, said Association for Democratic Reform (ADR), a New Delhi-based think tank.