Who Will Break Down the Election Commission's Iron Opposition to the RTI? 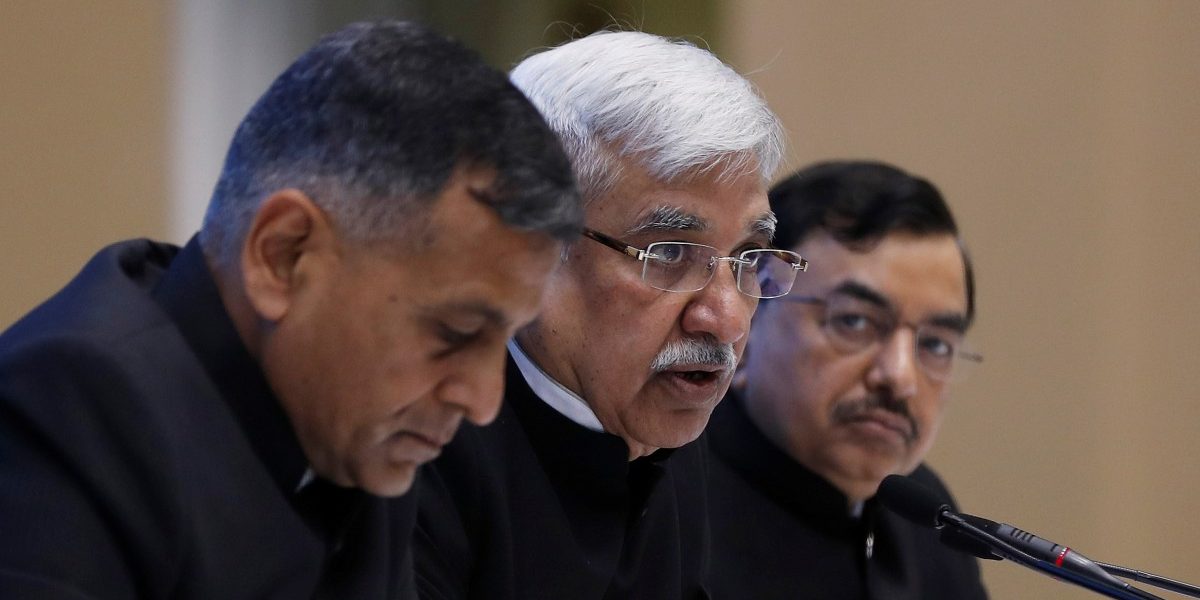 It is a coincidence that the chief election commissioner’s rejection of a Right to Information (RTI) request for the disclosure of dissent in the poll panel’s decisions came on the 44th anniversary of the Emergency, an era notorious from violation of fundamental right to freedom of speech and expression under Article 19(1)(a) of the Constitution.

Prime Minister Narendra Modi, speaking about the Emergency, was correct when he observed people’s rejection of that regime ensured that India’s “democratic ethos prevailed over an authoritarian mindset”.

Indeed, it is the authoritarian mindset of public authorities and now the chief election commissioner (CEC), which is now prevailing over the democratic ethos. This was reflected in the CEC’s rejection of the RTI request.

There were several complaints alleging that the prime minister had violated the model code of conduct (MCC) by invoking the minority community and the Army during his election rally speeches at Wardha, Latur, Patan, Barmer and Varanasi.

Also read: All Parties Must Pledge to Save the RTI Law

The Election Commission (EC) gave clean chits to the prime minister and his right-hand man Amit Shah in all these cases. One election commissioner, Ashok Lavasa, dissented, which suggests there were breaches in the decision making process.

A Pune citizen, Vihar Durve, had requested the EC to disclose those dissent notes submitted by Lavasa to the EC while hearing the complaints. But the EC denied the request, making use of Section 8(1)(g) that exempts from disclosure of information which can potentially endanger life and physical safety of a person or the source of the information or assistance given in confidence for law enforcement or security purposes.

It may be recalled that the EC had gone on a spree of providing clean chits both Modi and Shah, ignoring the complaints that their controversial speeches were a clear breach of the poll code. Lavasa had, however, found substance and reason in the complaints and voiced his disagreement to the clean certificates. 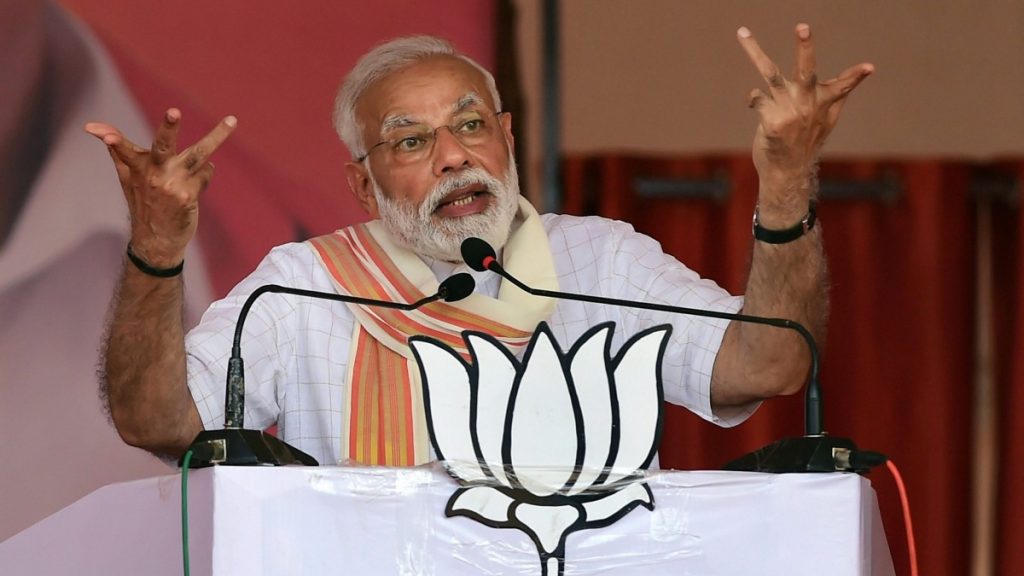 One can understand Lavasa’s situation. First, the EC gave the impression that the ‘clean chits’ were unanimous by not revealing that there was any dissent at all. Secondly, the reasons for his dissent were not made part of the orders given after examining the complaints.

Lavasa wrote to the EC for the dissent notes to be made public. As that letter and several subsequent reminders struck the iron wall, he decided to recuse himself from attending meetings of the EC on MCC issues. He had said:

“My various notes on the need for transparency in the recording and disclosure of all decisions including the minority view have gone unheeded, forcing me to withdraw from participating in the deliberations on the complaints.”

Exhibiting the same mindset as with the RTI request, the CEC and the other election commissioner, on May 21, 2019, rejected Lavasa’s request, saying it has “…decided that proceedings of the Commission’s meetings would be drawn, including the views of all the commission members…Thereafter, formal instructions to this effect would be issued in consonance with existent laws or rules, etc.”

They said then that dissent notes will be part of records but not part of orders. This effectively meant that neither the complainants nor the general public would know which election commissioner had submitted what decision and why.

If the dissent note is part of the record, then the EC must disclose these notes on its own, without even an RTI request. The EC believes that its decisions on complaints of violation of the MCC are not ‘quasi-judicial’.

The CEC said on the matter, “The three members of the EC are not expected to be templates or clones of each other, there have been so many times in the past when there has been a vast diversion of views as it can, and should be. But the same largely remained within confines of the EC after demission of office unless appearing much later in a book written by the concerned ECs or CECs.”

However, the fact remained that the EC’s decision to have dissent notes only in the records is also a ‘record’ and that this record is part of ‘information’ under the RTI Act.

The EC is a very important constitutional institution envisaged for conducting free and fair elections. Hence, it is a public authority under RTI Act, Section 4(1) (c) and (d) of which say:

(c) publish all relevant facts while formulating important policies or announcing the decisions which affect public,
(d) provide reasons for its administrative or quasi-judicial decisions to affected persons.

Hence, all relevant facts about the policy of not sharing dissent, the file notes and administrative actions should be revealed to the affected parties. If the leaders of the ruling party misuse the government machinery and public money in their control to gain an upper hand over the opposition and to influence the minds of the people, the it becomes quite a serious issue of public interest. 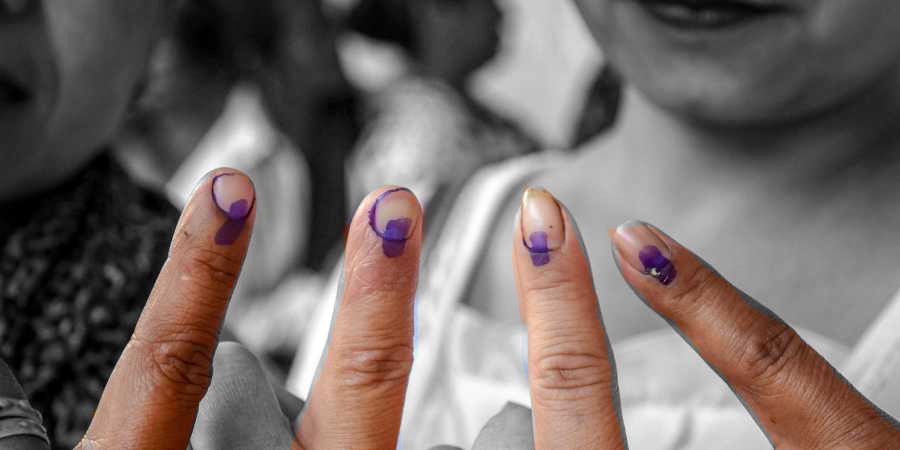 Had the lone election commissioner’s dissent been made public, then surely voters and their voting would have been influenced. Photo: PTI

The order of the EC on such a serious complaint against the prime minister would have surely affected entire groups of voters of the nation, their voting and the future of the country’s governance. Hence, such decisions should be disclosed to all those affected. This disclosure should be voluntary, even when it is accepted to be an ‘administrative decision’.

The election commissioners are not directors of a private company, nor do they belong to an exempted category of high security bodies. Their documents or information or notes must be voluntarily disclosed under Section 4 and they should not be subject to exemptions under Section 8 of the RTI Act.

Section 24 generally exempts some notified organisations but they are also not exempted from Section 4 which deals with voluntary disclosures.

“It shall be a constant endeavour of every public authority to take steps in accordance with the requirements of clause (b) of sub-section (1) to provide as much information suo motu to the public at regular intervals through various means of communications, including the internet, so that the public have minimum resort to the use of this Act to obtain information.”

Because the EC has not disclosed this information voluntarily, Durve was compelled to make a request again under Section 3 of the RTI Act. He demanded Lavasa’s dissent notes, pertaining to complaints against speeches given by Modi in rallies at Wardha on April 1, Latur on April 9, Patan and Barmer on April 21 and Varanasi on April 25.

Durve has also sought information about the procedure followed and the decision given by the EC in these cases. Lavasa had reportedly dissented in as many as 11 of the EC’s decisions involving complaints against Modi and Shah for alleged poll code violations where they were given clean chits.

Whose life is in danger?

The Central Public Information Officer (CPIO) of the EC has resorted to the use of Section 8(1)(g) that exempts the disclosure of information which would endanger the life or physical safety of any person or identify the source of information or assistance given in confidence for law enforcement or security purposes.

Various high courts have held that a mere invocation of exception would not entitle public authorities to deny information, unless they justify the ground for exemption. In this case, the CPIO should have indeed justified how this disclosure would endanger someone’s life and whose life it would endanger.

According to the RTI Act, the central information commissioner, who is on par with the CEC and judges of the Supreme Court has a duty to direct the CEC to disclose records as these form part of ‘information’ and ‘record’ held by the public authority.

The exemption clause under Section 8(1) cannot be invoked in this case because there is no justifiable ground to say that someone’s life would be in danger because of this disclosure. The Central Information Commissioner also has a duty to apply Section 8(2), which says that if the public purpose in disclosure is higher than the harm apprehended by revelation, it should be disclosed.

We must wait and see how long the first and second appeal take to reach the bench, given the vacancies in information commissioners’ posts.

M. Sridhar Acharyulu is a former central information commissioner and is now professor at Bennett University.