While opposition parties have often accused the BJP government of misusing central agencies, the finance ministry reply shows that the ED has intensified its action in the Modi government's second term. 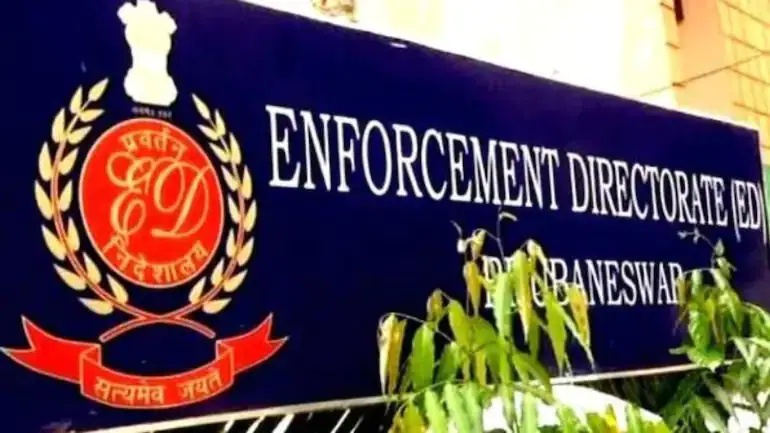 New Delhi: At a time when various opposition parties have accused the Narendra Modi government of using the central investigative agencies to target political opponents, data released by the Ministry of Finance in response to a question in the Lok Sabha has revealed that there has been a sharp increase in the number of cases taken up by the Enforcement Directorate since the BJP government came to power in 2014. The increase has been even sharper since the Modi government returned to power in 2019.

In a written reply to a question by Janata Dal (United) MP Rajiv Ranjan Singh, who had asked for details of cases registered by the ED over the past decade, Union minister of state for finance Pankaj Chaudhary replied that “during the last 10 years, the Directorate of Enforcement has taken up around 24,893 cases for investigation under the provisions of Foreign Exchange Management Act, 1999 (FEMA) and has recorded around 3,985 cases under the Prevention of Money Laundering Act, 2002 (PMLA).”

PMLA cases in Modi 2.0 regime have gone up by nearly six times

In his reply, the MoS finance said “the Directorate of Enforcement is an investigation agency which is mandated with the task of enforcing provisions of FEMA, PMLA and Fugitive Economic Offenders Act, 2018 (FEOA).”

He added that “the role of Directorate comes in to picture as and when any contravention under FEMA and occurrence of scheduled offence disclosing the generation of PoC (Proceeds of Crime) as defined under Section 2(1)(u) of PMLA is noticed by the Directorate or a warrant of arrest issued by the Magistrate or Court after taking cognizance of any scheduled offence appended to FEOA and where the amount involved is Rs. 100 crore or above, provided the accused has gone outside India.”

Overall, the minister said, till March 2022, the Directorate of Enforcement recorded around 5,422 cases under PMLA. He added that this action led to attachment of property worth over Rs 1 lakh crore.

Properties worth over Rs 1 lakh crore attached by ED

“It is pertinent to mention here that, after recording of a case under PMLA necessary action as per provisions of PMLA is taken which resulted in attachment of proceeds of crime to the tune of Rs. 1,04,702 crore (approx.), filing of Prosecution Complaint in 992 cases resulting in confiscation of Rs. 869.31 crore and conviction of 23 accused persons under PMLA,” the reply elaborated, while discussing the issue of money laundering cases.

As for cases pertaining to foreign exchange under FEMA, it said till March 31, 2022, the Directorate had taken up around 30,716 cases for investigation. These cases, it said, “resulted in issuance of 8,109 Show Cause Notices (SCNs). Further, 6,472 SCNs were adjudicated under FEMA, thereby imposing penalty of around Rs. 8,130 crore.”

Also, the minister said, assets to the tune of Rs 7,080 crore (approx.) have been seized under FEMA.