Most of the cancellations were due to Cyclone Amphan, which had affected operations to Odisha, Bengal and Tripura.

The Wire Staff
Government
Travel
25/May/2020

New Delhi: Domestic commercial flight services resumed on Monday, May 25, after a nearly two-month break due to the COVID-19 lockdown. But the resumption was marked largely by chaos created in the aftermath of several flight cancellations and many airlines and airport authorities failing to inform passengers of it.

Nearly 80 flights that were meant to leave from and land at Delhi airport were cancelled on the first day.

Many states like West Bengal, Tripura and Andhra Pradesh had already said that they would be starting flight operations at later dates.

Cyclone Amphan, for one, has impacted the resumption of flight services to West Bengal and Tripura. It was decided on Sunday that the Kolkata and Bagdogra airports in cWest Bengal will only resume domestic flight operations from May 28. Earlier, state chief minister Mamata Banerjee had said that she would urge the Centre to postpone the resumption by a few days.

Tripura too did not resume air services to Agartala due to the cyclone as all its flights are connected to Kolkata.

In the case of Odisha, which also bore the impact of the cyclone, while flights from Hyderabad, Kolkata, Chennai, Mumbai and Jharsuguda were cancelled, those from Delhi operated normally.

Flights to Andhra Pradesh will resume on May 26. The aviation ministry said the state would start services from Vijaywada and Vizag airports.

It was the changes to the flight schedules to these states that led to large scale cancellation of services on the first day.

A large number of passengers of these flights reached Delhi airport and claimed that authorities did not intimate them about the cancellations on time.

Era of sanitisation, screening and shields

After a long wait, domestic operations began with the first flight taking off from New Delhi for Pune at 4.45 this morning. A lot of preparation had gone into ensuring passengers can manage contactless travel in view of the pandemic. Apart from provisions relating to social distancing, the standard operating procedures also underwent numerous changes.

The first pushback out of @DelhiAirport today:

6E-643 of IndiGo Delhi to Pune which departed at 4:45 AM#aviation during #Covid_19 pic.twitter.com/LMyJIQyynF

Right from being discouraged from using trolleys, to getting their baggage sanitised, to standing in queues while maintaining a fair distance, and having their travel documents screened and scanned via cameras and scanners, a lot had changed for the passengers.

As per the new rules for travel, that were released on May 24, passengers were also advised to download the Aarogya Setu application on their mobile phones and the states were directed to ensure thermal screening at departure point of airports, railway stations and bus terminals.

All the passengers were also required to wear masks and were provided with face shields before they entered the aircraft.

No food on flights

No food was served or allowed to be carried on the flights. However, food and beverages were served to the passengers at the airport terminals.

The airline crew wore PPE kits. While it was earlier speculated that airlines would not allow cabin baggage, it was finally allowed when services resumed. 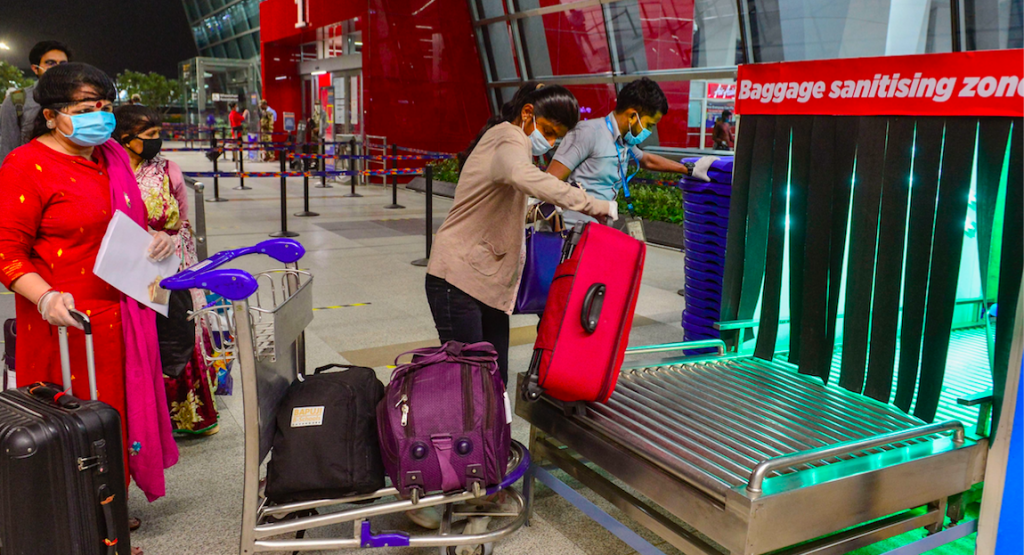 Passengers sanitize their luggage at T-3 airport ahead of their domestic travel, after flights resumed, in New Delhi, Monday, May 25, 2020. Photo: PTI

Though there was some confusion regarding various states seeking quarantining of passengers after flights, the issue was settled following negotiations between them and the Centre on Sunday. It was decided that all states would take at least some flights, but would be able to specify their own quarantine and self-isolation rules for arriving passengers so that COVID-19 spread could be contained.

While announcing the plans to resume services, Civil Aviation Minister Hardeep Puri had stated last month that the Centre was not in favour of quarantining passengers following domestic air travel.

He had stated: “Why are we making a fuss over quarantine? Positive cases won’t be boarding and there can be asymptomatic people. The quarantine issue will be dealt with in a pragmatic manner. We can’t have 14 days quarantine… it is not practical.”

Meanwhile, several states have gone ahead and imposed varying quarantine rules despite the Centre urging against such a move. 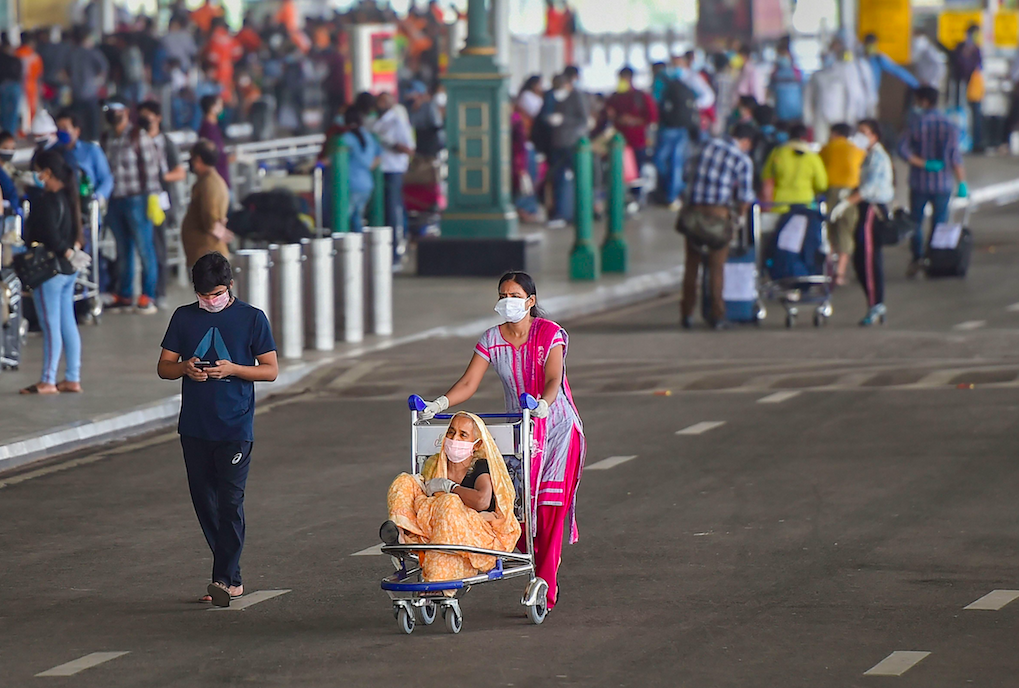 Tamil Nadu has made it mandatory for all the domestic air travellers to register their details online in the TNePass portal. The state government has also decided to allow only 25 domestic flights per day to Chennai, but not placed any restrictions on air services to Covai, Madurai and Trichy sectors. It has also decided to  keep the flights from Maharashtra and Gujarat to the “barest minimum possible”.

Some hill states have imposed even more stringent norms. While Uttarakhand has declared that it would have institutional quarantine for all incoming passengers, in Himachal Pradesh, the Dharamshala administration has stated that only persons with a valid address proof of the state would be allowed in and that too on obtaining a district entry-pass.

Assam will be putting flyers on a 14-day quarantine. The passengers will be distributed equally in home quarantine and government quarantine.

In Karnataka, passengers from states showing “high prevalence” of COVID-19 – namely Maharashtra, Gujarat, Delhi, Tamil Nadu, Rajasthan and Madhya Pradesh – will be kept in institutional quarantine for seven days and would, if tested negative thereafter, be required to spend another seven days in home quarantine.

In the case of businesspersons travelling for urgent work, the norms have been relaxed and they would not be required to undergo quarantine if tests over the previous two days show them to be COVID-19 negative.

Uttar Pradesh has also prescribed 14-day home quarantine for passengers unless they are staying for less than a week or if they have tested negative for coronavirus earlier.