Despite US Finding Proof of Bribery in Indian Railways, Modi Government Has Taken No Action

India's silence in the wake of the US SEC fining Oracle for paying nearly half a million dollars in bribes to rail officials is a replay of the manner in which the Louis Berger bribery scandal in Goa and Assam involving top politicians has been buried. 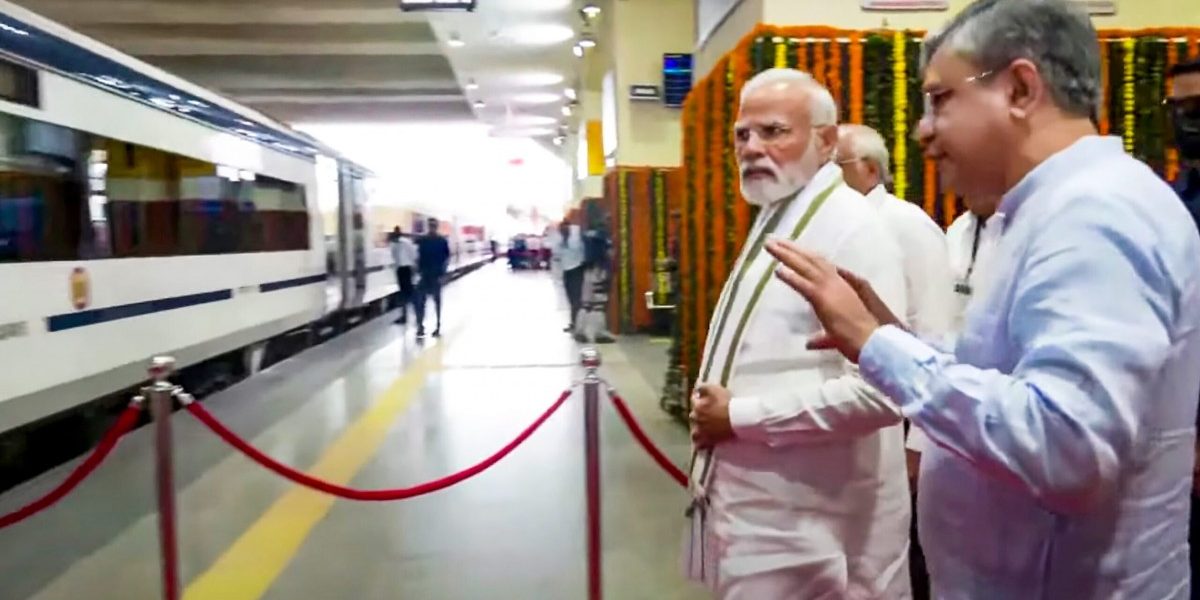 New Delhi: More than a week after the US Securities and Exchange Commission accused Oracle Corp. of paying $400,000 in bribes to unidentified officials working for a public sector company owned by the Indian rail ministry, neither the Narendra Modi government nor its normally hyper-active investigative agencies are willing to say publicly what they intend to do about the matter.

The money was paid between 2016 and 2019. Though the SEC, which uncovered the bribery, fined Oracle millions of dollars for their crime, the offence by both the bribe giver and recipient is not compoundable in Indian law. Yet, the railway ministry spokesperson, when asked by The Wire if the CBI is going to be sounded out for a probe, simply said they had no comments to offer. Senior Rail Bhavan officials also refused to speak about the subject and the Enforcement Directorate chose not to respond to queries.

Since the allegations pertain to the period when commerce minister Piyush Goel held the railways portfolio, The Wire also reached out to his office, only to be directed to the railways’ spokesperson.

The apparent unwillingness to investigate a case where bribery has been proved mirrors the reluctance – on display over the past several years – to probe top politicians in Goa and Assam for the role they are alleged to have played in the Louis Berger bribery scandal.

In 2015, the US construction and consultancy firm, Louis Berger International, admitted paying nearly a million dollars as bribes – including an unspecified sum to an unidentified minister – in connection with a public sector water project in Goa in August 2010. Bribes were also paid to people in the Assam government. Both states were ruled by the Congress at the time. While the Goa minister was never identified, the water ministry during the period in question was run by Filipe Rodrigues, who is now in the Bharatiya Janata Party. Himanta Biswa Sarma, who ran the Gauhati Development Department in the Congress-run Assam government when it appointed Louis Berger International as consultants, is now the BJP’s chief minister in the state.

Oracle Corporation, the software giant registered in Texas, US, admitted to having created a “slush fund” which was used in 2019 to bribe officials of a “transportation company, a majority of which was owned by the Indian Ministry of Railways”. Following an investigation by the Securities and Exchange Commission – the US equivalent of SEBI, India’s stock market watchdog – the company agreed to pay a penalty of $23 million for violating the Foreign Corrupt Practices Act in countries such as the UAE, India and Turkey. The SEC did not identify the ‘transportation company’ whose officials were bribed.

According to the SEC, Oracle used its India arm, Oracle India Private Limited registered in New Delhi, to devise a clever method of bribing officials. An approval was taken from the parent company for giving a 70% discount on the product to the transportation company while the latter was billed in full. The difference was the slush fund thus created and used to bribe officials.

The SEC order says, “In January 2019, the sales employees working on the deal, citing intense competition from other original equipment manufacturers, claimed the deal would be lost without a 70% discount on the software component of the deal.”

The SEC concluded this rationale was dishonest since the company concerned committed to purchasing Oracle products in its tender documents. “In fact, the Indian state owned enterprise’s publicly available procurement website indicated that Oracle India faced no competition because it had mandated the use of Oracle products for the project. One of the sales employees involved in the transaction maintained a spreadsheet that indicated $67,000 was the “buffer” available to potentially make payments to a specific Indian SOE official. A total of approximately $330,000 was funneled to an entity with a reputation for paying SOE officials and another $62,000 was paid to an entity controlled by the sales employees responsible for the transaction”.

The Wire searched the tender documents of various railway PSUs and found several floated by the Container Corporation or Concor, in which Oracle was a requirement.

Oracle a repeat offender, India has yet to take action

The Wire approached the SEC for more details but a commission spokesperson said, “The SEC does not comment beyond public filings.” But Indian diplomats say the SEC would be bound to cooperate with Indian law enforcement if a criminal investigation is pursued here.

Oracle spokesperson Michael Egbert, told The Wire, “The conduct outlined by the SEC is contrary to our core values and clear policies, and if we identify such behavior, we will take appropriate action.”

The SEC order further says, “Due to the size of the discount, Oracle required an employee based in France to approve the request. The Oracle designee provided approval for the discount without requiring the sales employee to provide further documentary support for the request.”

Oracle is a repeat offender and has got away using the penalty provision in the FCPA. Oracle’s Indian arm was penalised in 2012 as well. SEC says, “Oracle resolved charges relating to the creation of millions of dollars of side funds by Oracle India, which created the risk that those funds could be used for illicit purposes. On August 16, 2012, Oracle agreed to pay a $2 million penalty to settle the SEC’s allegations that Oracle violated the books and records and internal accounting controls provisions of the FCPA by failing to prevent Oracle India Private Limited (“Oracle India”) from keeping unauthorized side funds at distributors from 2005 to 2007. “The creation of off-book slush funds inherently gives rise to the risk those funds will be used improperly, which is exactly what happened here at Oracle’s Turkey, UAE, and India subsidiaries,” said Charles Cain, the SEC’s FCPA Unit Chief. “This matter highlights the critical need for effective internal accounting controls throughout the entirety of a company’s operations.”

In 2012, “According to the SEC’s complaint filed in U.S. District Court of California, the misconduct at Oracle’s India subsidiary – Oracle India Private Limited – occurred from 2005 to 2007. Oracle India sold software licenses and services to India’s government through local distributors, and then had the distributors “park” excess funds from the sales outside Oracle India’s books and records.

For example, according to the SEC’s complaint, Oracle India secured a $3.9 million deal with India’s Ministry of Information Technology and Communications in May 2006. As instructed by Oracle India’s then-sales director, only $2.1 million was sent to Oracle to record as revenue on the transaction, and the distributor kept $151,000 for services rendered. Certain other Oracle India employees further instructed the distributor to park the remaining $1.7 million for “marketing development purposes.” Two months later, one of those same Oracle India employees created and provided to the distributor eight invoices for payments to purported third-party vendors ranging from $110,000 to $396,000. In fact, none of these storefront-only third parties provided any services or were included on Oracle’s approved vendor list. The third-party payments created the risk that the funds could be used for illicit purposes such as bribery or embezzlement.

“Without admitting or denying the SEC’s findings, Oracle agreed to cease and desist from committing violations of the anti-bribery, books and records, and internal accounting controls provisions of the FCPA and to pay approximately $8 million in disgorgement and a $15 million penalty.”

Oracle Corporation while filing its annual financial statement for 2019 said, “We are under audit by the IRS and various other domestic and foreign tax authorities with regards to income tax and indirect tax matters and are involved in various challenges and litigation in a number of countries, including, in particular, Australia, Brazil, Canada, India, Indonesia, South Korea, Mexico, Pakistan and Spain, where the amounts under controversy are significant.”

According to the regulator, Oracle’s Turkey and UAE units also used slush funds to pay for foreign officials to attend technology conferences in violation of Oracle policies.

Employees of the Turkey unit also used the funds to pay for the officials’ spouses and children to accompany them, or take side trips to Los Angeles and Napa Valley, California, the SEC said.